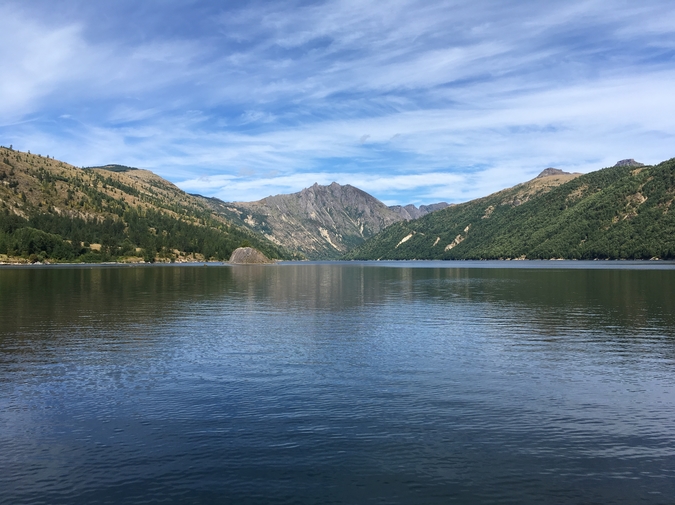 I was in the movie theater watching Sicario: Day of the Soldado when several people arrived late to encroach on my comfort.

Two seats down, a woman had eschewed the plastic straw, preferring to frequently lift the cup lid, sip the beverage, and crunch some ice.

Behind me, an older couple were clearly confused by the film’s plot, characters, setting, and intentions, which culminated in the man’s whispered declaration at the hour and a half mark, “I don’t understand this movie.”

(This reminded me of the time I saw The Aviator and behind me an older gentleman turned to his wife and, referring to Howard Hughes’ obsessive-compulsive behavior, asked, “What’s the matter with that boy?”)

In front and to the left of me, a teenage son asked his father what the subtitles read. The father admonished the son for consistently refusing to wear his glasses.

In front and to the right of me, an elderly man sat down twenty five minutes into the film. He caused a commotion plopping down into his seat, manhandling his package of Twizzlers, and slurping his soda - you could often hear his straw squeak against the lid. He threw popcorn in his face by the handful, catching, at most, half of the kernels with his large mouth. And with his all too noticeable hinge-like jaw joint action, he clearly appeared to be training for some sort of tri-state masticating tournament.

Then it came time to open said package of Twizzlers.

Seconds turned into minutes with every crinkle in Dolby Surround 7.1. Many a head turned. A novice empath, I absorbed every vibe.

Finally, the package was opened. Relief permeated throughout the theater.

Not two minutes later, the father and teenage son were briefly looking at the bright screen of a cell phone. The elderly man with a mouthful of Twizzlers turned to them and said, “Hey, can you all shut that off? You’re distracting from the movie.”

A man stopped me and asked if I had any spare change so he could get a cup of coffee. I told him I was sorry, but I didn’t have any cash or change on me. He went on his way.

I felt bad for being a cashless man in a near-cashless society. Something as simple as a cup of coffee can possess the magical ability to turn things around for someone, make the day a little better. I vowed to somehow oblige the next person who asked.

The next day, I was asked.

As I was walking down the street to walk into the local bookstore, a woman was crouching outside, rifling through her handbag. She stopped me.

“Excuse me, sir, I only lack a dollar forty-seven to be able to me get a cup of coffee,” she said. “Do you think you can help me out?”

“I’m sorry, I don’t have any cash or spare change on me,” I said as I entered the bookstore.

What am I doing? I thought. I made a promise to myself only yesterday to help out the next person who asked me. I can use my debit card and buy the coffee for her.

There is a coffeeshop in the bookstore, so I ordered a cup. As I stared at the debit card interface to approve the transaction, it occurred to me the woman may have already left the front of the store. The barista gave me the cup of coffee and I darted outside.

But she was still there, still crouching, and I startled her from behind. “Here ya go,” I said. “Instead of trying to find exact change, you can just have the cup of coffee.”

Her eyes lit up at the sight of the cup, which she accepted immediately.

She then looked up at me, paused for a beat, and said, “What, no cream or sugar?”

I had to stop at the ATM before I went back to my office. Two ladies were already there and they knew each other. One of them, who sounded like Marla Gibbs, was looking me up and down as I approached, the other, who sounded like Jackée Harry, was having trouble with her card. The former spoke to me first.

“Those are some nice jeans,” she said. “Where’d you get them?”

“I can’t remember, either Macy’s or JCPenney,” I said.

The lady at the ATM was frustrated.

“This machine’s not working, it won’t take my card. I gotsta get forty dollars so I can get my groceries. How can I get groceries if I can’t get my forty dollars?” she said.

She grabbed her card and let me go. “You try it,” she said.

I popped my card into the machine. Everything worked as it should have.

“Look! It’s working for him,” the other lady said.

“Yeah, you have to push it in a little further than you think,” I said. “Give it another try.”

She did. It worked.

She stopped, gave me the once-over, and flirtatiously said, “Boy, you wearing them Levi’s, ain’t ya?”

“That’s what I noticed,” said the other lady. “I said I wanted me some new jeans.”

“I see that. Yessir, you’re wearing them jeans. You married?”

They laughed. I giggled nervously.

“Ha, I’m, uh, actually heading back to my office right now,” I said. “I have to go pick up my kids here in a little bit.”

“Yeah, mmhmm, that’s what I thought,” she said. “You gotsta be married… the way you’re wearing them... Levi’s.”

We all laughed and hugged, thanked each other and wished each other a nice weekend, then I went back to my office and ordered four more pairs of jeans.

I saw where my grandmother had called a few minutes before, then immediately prepared myself for a dire emergency when I called her back.

“Yes. Is everything okay?”

“Papaw wants to talk to you. He can’t get his TV to work.”

“Good. You’re getting paid for what I’m about to ask you to help me with.”

“How did you know that?”

“You probably just hit the ‘Input’ button on the remote.”

“The what button? I thought for certain it had to be on Channel 4.”

“Go turn it to Channel 4 and see what happens. If it doesn’t help, keep hitting the ‘Input’ button until you see something.”

“How do I switch the ‘Input’ button?”

“Either with the arrows on the remote or by continuing to press the ‘Input’ button.”

“Oh okay, I’ll go do that right now. Here, I’ll put your grandmother back on.”

And so he did.

“Oh Lord. Every day it’s something else. He ain’t doing too good. Okay, he’s back now. I knew he wouldn’t catch that raccoon. I swear, CJ, I’m too old for this. … Huh? … Okay, he said it didn’t work. Here, I’ll give him back to you… and you can just keep him.”

He picks up the phone.

“It didn’t work. Still says ‘No Signal.’ I’m going to have to call the cable company, I guess.”

“No, don’t spend thirty dollars to have them come over and push a button. Want me to come up there and fix it?”

“I’ll keep pushing that ‘Input’ button and see what happens. Or I just won’t fool with it. There ain’t nothing good on there anyway. Ol’ commercials.”

And so it remained, a signal lost, a problem unsolved, a raccoon ever elusive. For a man at 91, the existential journey prolonged.

I was in the movie theater again watching a costume drama where war-torn lovers with British accents pined over one another, and we were supposed to learn a little something in the process about humanity, loss, and grace.

I was far from the only one in the theater, but it was as quiet as a tomb. Then, as the opening credits rolled, a mother slowly wheeled in her disabled teenage daughter and they sat in the very front row, where the accessible seating was located.

The mother had popcorn for herself and drinks for the both of them. And though they were two silhouettes outlined by the backlight of the projection, I could see the mother’s face. She was exhausted, but steadfast, worried, but eager to enjoy a two-hour respite of entertainment.

The daughter stared at the screen and softly made a noise every once in a while, communicating a need or enjoyment. Others in the theater sighed and exhaled, a bit frustrated by the “commotion.”

The mother would rub her daughter’s arm now and then, give her a sip of her drink. And when we reached a scene where two characters on screen were speaking French, without missing a beat the mother leaned over and whispered to her daughter what the subtitles said. Like she was reading her a bedtime story, lending a thoughtful hand so her daughter wouldn’t miss anything.

The sighs and exhales stopped.

I got up and left.

There wasn’t anything that movie could teach me about humanity and grace I hadn’t already seen and heard.

Chris Oxley lives in Charleston, West Virginia. He is a writer, musician, filmmaker, and co-founder of Holler Presents along with author Scott McClanahan.