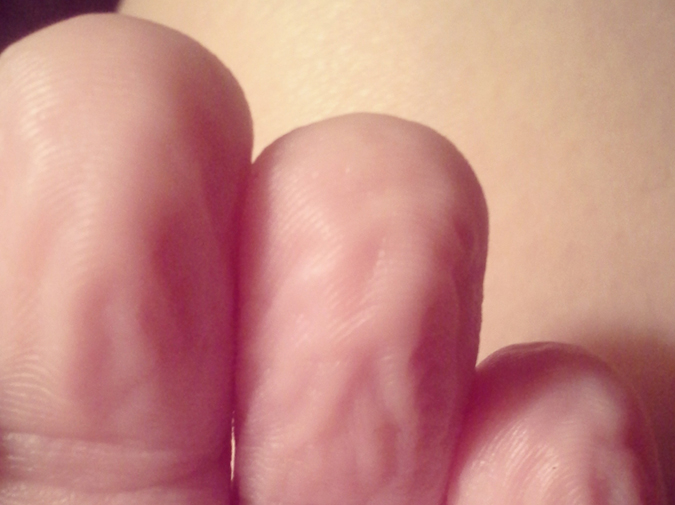 Danielson sells his dirty socks to perverts on the internet. Low-cut sport joggers and gold-toe cushion crews. No-show ankle moisture-wickers and combed-cotton argyles with hand-sewn toe stitching. Dress black and athletic white. There have been special requests for diabetic socks, for ankle braces, for pantyhose. Someone once placed a five hundred-dollar order for Danielson’s toenail clippings. He baggied the needle-dry trimmings into a tiny Ziplock bag and folded it into a bubble-wrap envelope. First class. Priority mail.

Athletic and doe-faced and serious, Danielson carries the wholesome air of a Baptist youth minister. He is twenty-eight years old and lives with his girlfriend, Polly, in a two-bedroom ranch in suburban Grand Rapids. They both work at the hospital: he juggles marketing copy in the public relations office, she’s a nurse with four twelve-hour days a week. They are in serious love.

Every sock Danielson sells needs to be worn. Walked around in. Spongy-damp with sweat, preferably. This is the silent contract Danielson has with his patrons—mostly older men with internet handles like dirtydan57, babys_new_toy, and crushme_carryme. There is the Instagram account with flashed-out images of toes and soles. The members-only forum with weekly sock specials.  The YouTube channel with comments disabled.

Danielson never shows his face online. Only his feet.

Fan mail goes to the P.O. Box. On Saturday afternoons, Polly drops a laundry basket heavy with postcards and packages onto the vinyl kitchen floor and they sort through the flotsam. Purple valentine cards from Gerald in Dallas. Hazy Polaroids from “Uncle Tim” in Portsmouth, New Hampshire. A hand-carved raccoon from Mel in Quebec. The sensation of hunger from these strange men—of quiet depravity—hangs in the kitchen air like onion smoke.

They drink chilled box wine out of coffee mugs and read the maudlin love letters out loud to each other and laugh. Except for the gift cards, they throw everything away. The vial containing a lock of hair from Francisco in New York. The polished pebble from Clifford in Sault Ste. Marie. They throw it all away.

“I don’t know how much longer I can do this,” Danielson says to Polly. It is late fall: smoke from burning leaves, a bronze cast to the cloudless sky. They are jogging by the river.

“How much longer you can do this. There’s not a quarter-mile left.”

“I’m talking about this.” Danielson trots up to a bench overlooking a cut in the river and props a foot on the peeled-paint backing. He tugs at the acrylic, knee-high baseball sock clinging to his leg. “There’s so many orders. It’s starting to feel weird.”

Polly catches her breath, glances at the FitBit on her wrist. “We made three-thousand dollars last month.”

“Let’s make it to the new year,” Polly says, ambling back to the jogging trail. “New budget cycle. Then we figure out how to cut back on it.”

Danielson lopes up the trail after her. Despair noodles at his chest like acid reflux.

In winter, they strap comically large snowshoes on their boots and tromp over frozen rivers. They thread through quiet pine forests in cross-country skis and sit barless on heaving ski lifts with rented snowboards harnessed to their shins. Danielson tags every pair of socks he wears and sells by activity: Ice fishing. Hockey. Shoveling the driveway.

In February, while hiking the back trails of a nearby state forest, Danielson scales up the craggy face of a ravine to pose at the top for a picture. The exposed bedrock promises an easy climb, with its open juts and creases, but it is glossy with translucent ice. On his way down, Danielson misjudges a step and plummets nearly thirty feet to the stones below. His pelvis shatters like a porcelain wall plate. Polly, tears sticky-cold on her cheeks, is able to flag down a snowmobile for help.

In the hospital Polly takes her breaks in Danielson’s room. They eat chocolate cake from the cafeteria and watch Judge Joe Brown on the buzzy wall-panel television. Danielson’s coworkers joke that they’ll wheel his desk to the inpatient wing so he can keep working. His orthopaedic surgeon, a cologned Indian man with a lisp, says that the recovery process will be “complicated.”

“No more socks,” Danielson says to Polly after lunch one day. “Ever again.”

Reaction from the sock patrons is swift and severe. Angry emails with subject lines like you’re dead to me, eat shit, and hope you’re happy, asshole rapidly cluster into Danielson's inbox. Refunds are demanded. Socks are returned out of spite, dipped in dog urine or scissored into ribbons.

In March, Danielson is cleared to return home, to convalesce on the couch for a few weeks while he adapts to the new screws in his pelvis. He watches documentaries on Netflix and eats gummy macaroni and cheese. He pees into empty Gatorade bottles lined up under the coffee table. Polly passes in and out of the front door: going to work, coming home. “I had to pick up an extra shift,” she says over a bowl of cereal one night. “Money is getting tight.”

A cell phone payment is missed. The cable is canceled. Polly works fifty-five hours a week. Her scrubs smell like cigarettes.

In April, Danielson finds a large letter in his mailbox. The envelope is canary-yellow, a stamp with an American flag adorns the upper-right. I have a proposition for you, the note inside reads. Steady money. The handwritten script is loopy and feminine and light, as if applied with a watercolor brush. Danielson stands on his front porch and reads through the letter, his crutches cramping under his armpits.

That evening, as Polly fiddles with the microwave, Danielson fumbles to the front door, the wood floor groaning under his crutches. A pair of neon blue tube socks are rolled halfway up his calves.

But he is already gone.

Sean Higgins was a finalist in The Iowa Review's 2016 Jeff Sharlet Memorial Award for Veterans. He has work featured (or forthcoming) in The Iowa Review, Barrelhouse, Midwestern Gothic, and Bartleby Snopes, among other journals. He lives in an old brick farmhouse in Ypsilanti, Michigan.