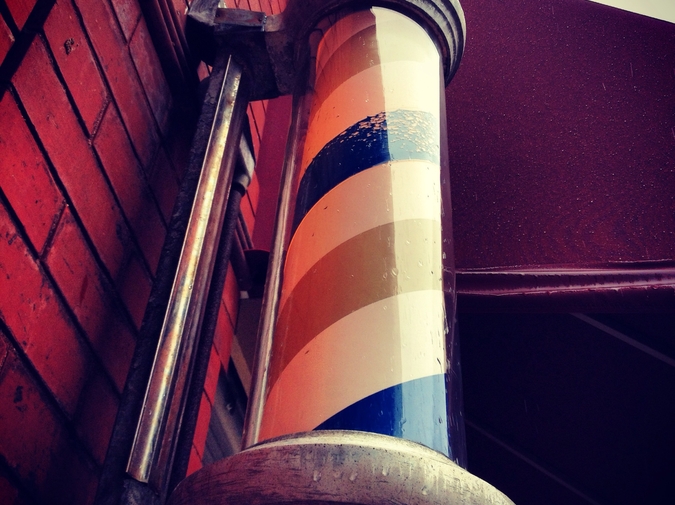 Like many other men in their seventies, my father has prepared a set of final directives. He communicated these to me in an e-mail among needless digressions about aliens, Hollow Earth conspiracies, moon landing hoaxes, and faked Second World Wars.

According to family lore I’m too lazy to research and dispute, my father’s mother used to spend hours currying his long, somewhat curly tresses with a pearl-handled comb. Even as he entered middle age and his hairline receded to the middle of his forehead, he remained intensely proud of the fact that he hadn’t gone completely bald. Both his father and younger brother lost their hair, which my father claimed had occurred because they failed to dry their hair properly. My father was also a firm believer in the “training” of hair, a process that consisted of using copious amounts of Brylcreem or styling mousse in order to cultivate the sort of slickly-coiffed ‘do preferred by famous NBA coaches. I was subjected to this process, with predictably horrifying results.

This is not, however, a sob story about my childhood obsession with hair care products. Nor is it an attempt to evaluate my father’s various conspiracy theories (“there’s no such thing as Osama Bin Laden,” “every single person who uses Facebook is a pedophile, and you can almost hear those zippers going down whenever a baby picture gets posted!” etc.). Rather, this is intended as a reflection on what my father valued most and how he wants that legacy to live on once he’s gone.

From the 1950s until the late 1980s, my father maintained a Unitas-caliber crewcut.  He grew a mustache and a beard at some point during the 1970s, but, hey, who didn’t?  The idea to cultivate a ponytail, however, didn’t manifest itself until he met up with a sleazy local musician he’d hired to compose a jingle for his Chrysler-Plymouth-Dodge dealership. The musician had a neckbeard and a long black ponytail, a look that my father would later describe to my half-brother as “awesome” and “unforgettable.”  “A fine head of hair just blows people away,” he often told me.  As his business fortunes declined, his mullet increased in size. Each day before work, he would carefully rubber-band the mullet into a ponytail.

Prior to an important business meeting in Tampa where he was to allegedly encounter a ball of white, shimmering light and receive a revelation that he would never have to work another day in his life, he chose to remove the ponytail. He assembled my half-brother, my mother, and me around the dinner table. My mother took a pair of safety scissors and sheared the ponytail, thereafter carefully sealing it in a Ziploc baggie. At the time, this seemed perfectly understandable to me, much like the idea that hair could be “trained” by means of thorough hair gel application.

One huge wolf tattoo on his left pec, three wives, eight Shih Tzus, and twenty years later, my father now has at least a dozen bags of his own hair in his possession.  His long-suffering current spouse isn’t too enamored of the idea of saving this stuff, but, like my mother before her, is probably unwilling to argue with him about it.  When he shuffles off this mortal coil, it will fall to me to dispose of the locks he lovingly described as “salt-and-pepper” in the Yahoo! Personals ads my cousin and I wrote for him during the late 1990s.

“Son, I want u to make damn sure they mix my hair in with my ashes…….the bags of hair are in the drawer right next to the silverware….Guns & ammunition are on shelves next to the computer table (serial #s to follow in a separate document)……..I’ve got about 35 leather coats in the closet….Please for gods sake do not forget about the leather……..I want u have to have those & I’m sure they were & are worth tons of money……Just the kind of things on the mind of the old duffer when he is in the short rows is all……Luvya PAP…”

Such is the burden I carry. So heavy, so light.