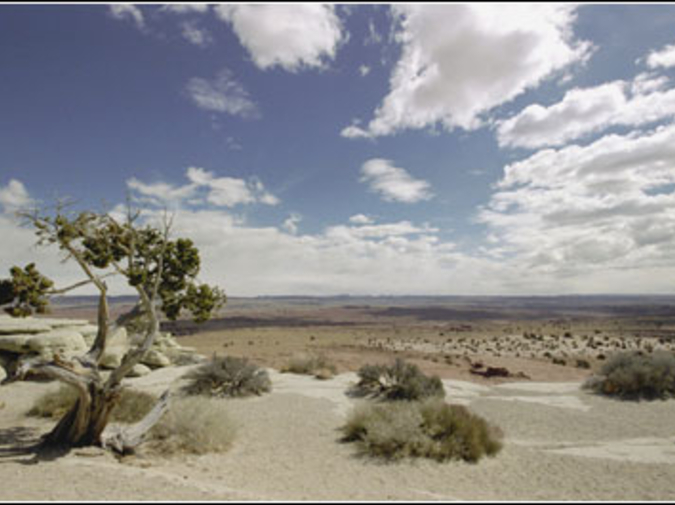 Andrew peeped out the window and noted that the end of the world, astoundingly, was small as a bee.

"When's the last time you looked outside," he asked Julie, spread like Orion on the rug with her book. And she didn't say a thing to Andrew.

"I'll hold your place," he said to her. "Go and look at the end of the world." Her lips were wet. Her hair was dark and gushing. She said: what the fuck.

Andrew looked back outside to resume visual contact with the end of the world, but he had lost it for just a moment. He looked hard into the world, faintly sad. It had taken him all afternoon to find it. Then he found it, nervous as a puppy, snagged in the nerve-like splay of wintry trees in the yard. It was just a fleck.

He slid the window up in its frame and Julie did not look at him and he crawled through the window. He would catch it in his hands. He could swallow it whole like a penny.

Or just hold it in his mouth for a while.

Andrew Dicus holds a Master of Arts in the Humanities from the University of Chicago. He is currently working on his second play, *No Amount of Seatbelt could have Saved His Life*.