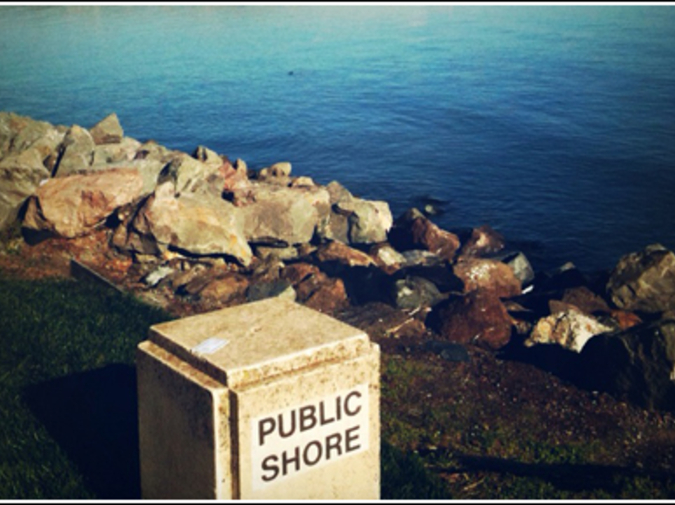 The beach is crowded and a handful of other vacationers see it: a flash of white just past the waves, then overturned quickly; a dark diamond shape, a splash as the stingray falls back to the water. It took barely a second, and thinking back, I remember the droplets sprayed by its breach, the glistening of a fish who leapt through the surface to swim in the air.

A year or two later, same beach, same motel, same cats covered in sand who beg the suburban dads for a bite of their catch. It's almost dusk, and there are splashes everywhere. This time, the beach isn't so crowded and Amy watches the rays with me. They jump, spin, flip, sometimes twice before disappearing under that dark green expanse. She's been collecting shark teeth all week with a child's net and bucket, despite being old enough to drink. So we drink too, Bud from The Red Drum and stretch our wings like the flying rays.

That same evening, we see a shark's fin slipping through surface right before it gets dark. No rays skipping, but maybe teeth shedding. The next day, we haven't forgotten, but swim anyway. A baby stingray, not more than a foot across, leaps and flings glitter droplets while we imagine we are mermaids.

Sara Bohannon is a native of Richmond, VA and a recent graduate of Virginia Commonwealth University's MFA program in Poetry.  She is currently teaching as an adjunct and waiting tables, and has additional work forthcoming Ozone Park.