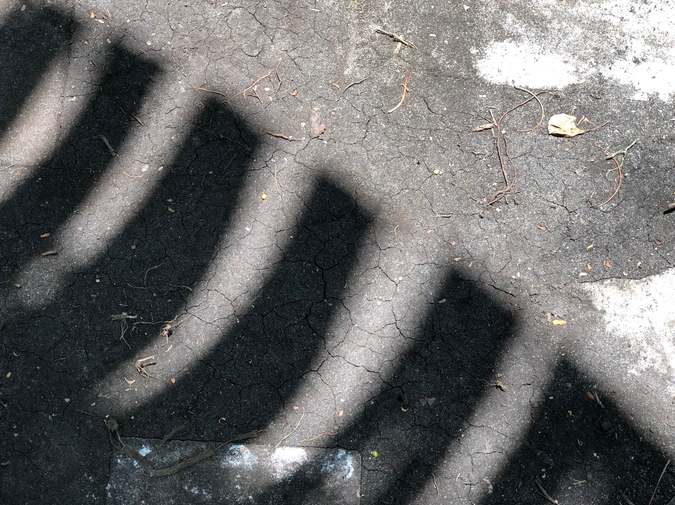 The boy’s hair was like the sand. He looked good. They all did, bruiseless in the sun. Striped towels in primary colors lay beneath them, shovels and tilting turrets walled them in. Sonia cupped a hand over his small skull and stared at the buoy in the distance, watching it rock through the water, back to an upright position.

“This isn’t what we agreed,” said Matthew. The rest of his face remained still as his lips moved. He was looking over his left shoulder into Sonia’s eyes, their two young children sprawled out before them, carving out windows in the keep.

“Not now,” she replied. She brushed sand off of her shoulder and kept her eyes on the buoy.

Matthew took a slow, deliberate breath. He stood and stepped off the towel, and turned to the kids.

The boy and girl followed him, flattening the tops of the ramparts when they rushed off to the waterline.

Sonia stopped picking at the skin by her thumb as she watched her family crouch by the water and turn over clumps of sand. Briefly she imagined running her hands along the shells and rocks with them. She thought of Matthew, how they’d come here almost fifteen years ago, the two of them holding each other’s arms in the warmth of the lake as the August night turned cool and quiet. Back then, a life with someone—anyone, but him especially—with three meals a day and bedtimes and early mornings had felt far off, appealing, even sexy, how strange it was.

“Mom!” The girl held up something foggy and blue. Sonia squinted to see the shard, a nickel-sized piece of the sky.

Sonia had told Matthew that weekends would be theirs. The deal with the publisher only belonged to weekdays, she’d agreed. Before dinnertime, she’d agreed. But as deadlines for drafts approached, an evening or two would slide. Saturday breakfasts would be taken at the desk upstairs. Afternoons at the park lost to back-and-forths with editors. Eventually her presence was rare. She slipped through the house like a ghost that only appeared when the sun went down. In her place was a dripping showerhead, a wet toothbrush, one less banana.

“One more time, and I’m finding an apartment,” Matthew had finally said two days before. They’d had conversations that approximated this, ones with tears that stopped and started in ten-minute intervals and that continued for hours, but this time Matthew seemed calm. He stared at his hands before looking at her. His eyes were clear and tired. Sonia made a promise.

But sitting there, on the pinstripe towel, she was distracted, by beaches, buoys, boundaries. The chapter she’d been writing and rewriting—maybe it had something to do with those things. Golden, granulated, granular, grainy—she listed words that could be used to describe sand. She wanted to take Matthew through the rewrite, through the adjective choices, hear what he thought.

“I’ll always take your every edit,” she had vowed at their wedding, with embarrassment at the kind of couple they were claiming to be, but with sincerity, too.

Matthew glanced at her, the water brushing against his ankles. He didn’t come over or appear angry. Instead he spread his palms so that the girl and boy could deposit their findings in his hands.

Seeing him before her, his hands open wide, Sonia forgot the chapter. He looked beautiful, and young, the world had shifted around him as he and the beach stayed permanent. He’d done all he’d agreed to. She thought of her own promises, kept and unkept. His hair shone in the light, his silhouette faded into the blinding sand. Twelve noon and the day was moving quickly. She walked over to him and at once felt whole and perfect, the four of them caught as in a golden frame.

“I have to go, maybe we can figure something out later,” she said.

Chloe Hadavas is a writer and journalist. Her work has appeared in Slate and Foreign Policy, among other places. This is her first published piece of fiction.