Climate and Human Activity: An Excerpt 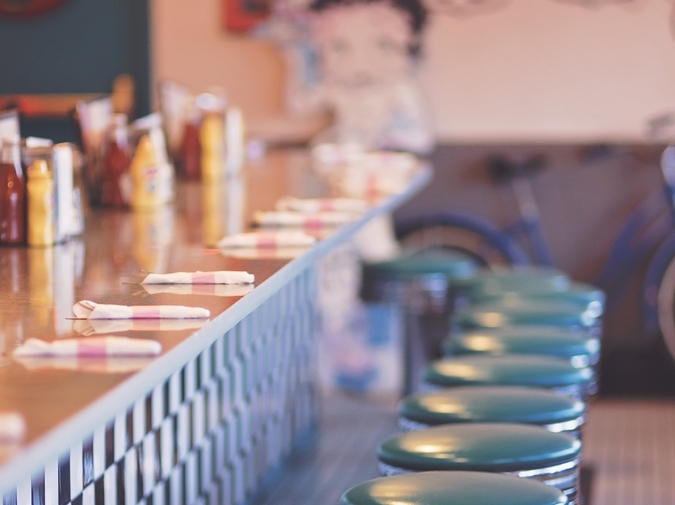 She had grown up and now lived in a cold climate that encouraged looking down. Sweaters, scarves, hat, an array of wool wound around oneself. It was only safe to look up, to have any sense of peripheral, when one was indoors. The shuffle in her feet, a balance over paths of ice frozen to the shape of boots, other feet. The temperature could change so quickly, could get so cold, that the briefest slip of moisture could become solid, sharp, could cement in seconds.

She has a memory of walking from a parking garage to the circus over such ice. The circus was often in town around her birthday, and for several years, when she was young, they would go as a family. She wanted to be one of those ladies up in the trapeze but she also believed herself to be a lion tamer who could work with tigers or bears. Why she can so immediately recall the ice they traipsed through, why she remembers the ridges and difficulty of the trek, she has no idea. But there is a flash of this. Just as there is a flash of her mother’s anger at a restaurant on vacation in South Dakota. A large room with no windows. They were at a booth against a wall. The lighting was dark and the booth had large, dark wood. She was sitting next to her brother, her mother facing her.

Her mother yelled at the waitress and made the waitress cry. There was a long time waiting, and then her mother snapping, barking out. The mother’s voice filled the restaurant, and every person in the restaurant turned to look. She and her brother looked to her father, who sat with his head down, his hands in his lap.

She wanted to be a trapeze artist or work with animals. She was in love with the circus and the many dreams to be had there. They went several years in a row for her birthday. Her birthday was early March and it was often cold, the ground full of dangerous ice. She often looked down.

When she asked she was told she was at the edge of a staircase. In a car seat in the early 80s, which meant it was a white plastic tub with a cushion and a belt. The belt no more than a strap, the story told to her that her mother had whisked by in a hurry and had knocked against the car seat, sending the seat down the stairs with her in it.

She had been told how civilizations rose in particular geographies because of what the land allowed, what the sky offered. She enjoyed her participation in this -- a whole community of humans in these needs -- conducting activity and work in response to some demanding other than her own. She needed that kind of wisdom but she also needed that kind of authority telling her to do things.

They were gymnasts and acrobats in the basement. They’d move the furniture around in the large space to set the stage for routines they would perform. An ottoman now a balance beam or a horse. One of them would come up with the swings and kicks, skipping and twirls, a cartwheel and high jumps over the couch: the routine. One would perform and recite the moves while the other watched and then the other had to perform it back to them. A trapeze artist, a tamer of furniture. She had the rug burns to prove it. The burns in a slick second like ice and slipping, but the too dry of carpet and those fibers, smelling of the vacant heat of a vacuum. Rug burns on her knees and elbows, even her face once, when the collision of desire and ability found the floor.

The uncle remembers the story as the “child gate” story, as there was no child gate up to prevent the fall from happening. She thinks of ridges and slips, of ice forming, but she wonders why there would be two versions of the story.

Sitting now on her porch, she sees a change in the color of light from a neighbor’s window -- green to red to purple to green again – the light from a source, large like a television, but too measured in its change from one color to the other to be other than Christmas lights, though it was January and the source of colored light was indoors.

She caught a sliver of light beyond the tree limbs. The sliver a piercing at the moon’s edge. She could see the full of the moon’s dark and graded surface. It looked as though the sun was shining on it -- the sun a thing below the earth, to the right, underneath her.

Much of childhood was falling down or spraining ankles or getting your hands cut. She remembers swinging on the swingset in the backyard of her best friend by the fence she climbed through on the way to school. Swinging, maybe trying some trick or just fingering the lace of the chain and something slipping. Her pinky sliced, the pad print split from the rest of her, an incredible white slice and this brilliant red pooling, dripping, sliding down her whole hand. Not crying or even upset. A sting but mostly a throbbing and a fascination, as she walked slowly back to the stoop to call for her friend’s mother.

This was an accident. Her mother had slammed her finger in a car door. A collision of skin and steel, thick metals and oiled hinges stronger than flesh, making meat of it. The whole family was getting into the car to go to church, as they did every Sunday. There was some confusion of putting an item down, or an arrangement of some kind that was necessary within the car that hadn’t been settled, but then the door was shut and her finger was in it.

The door had closed completely and had to be opened again for her to get her finger out. She was standing outside of the car. It was a pain that shot to her feet, that took her breath and made her queasy. The pain was authority. She released a noise into the air that came from her stomach and hit the high pitch of her throat. She looked to the grass beside the concrete of the driveway to throw up there, bending over, her bright eyes on the line between grass and pavement, her mouth acidic.

The car door was opened and she felt her pulse in her hand, this numb throbbing and this sting. Some of her skin was shorn, little flecks pulled away that were so white they were not flesh, and then a deep red of blood running alongside. Her finger swelled magnificently, brilliant in its swift magnification. She was standing outside of the car holding her right hand in her left, gripping it at the wrist as if it were separate from her body, watching the blood drip and the flesh swell. She was outside of the car, on the car’s passenger side, in the driveway at the old house, facing the garage. And then her mother came with an old Cool Whip container full of ice and water and told her to get in the car.

She was told often in stories of her childhood that she had no interest in walking. That she waited a long time, simply sitting, that she was content to not walk. Her mother always mentioned how she watched, sitting contentedly. She sits contentedly on her porch watching the light change from green to red to purple to green again.

She was a trapeze artist, she trained lions, she knew the routines. She had been bleeding outside of the car and then she was in the car, going to church, her finger becoming some object bleeding red out into the cold water.

Kayla Blatchley is a writer and teacher living in Syracuse, New York. Her work has also appeared in such journals as NOON, NYTyrant, and A Public Space. "Climate and Human Activity: An Excerpt" is taken from her novel in progress.