Choosing a Wedding Gift for the Only Person You Ever Loved 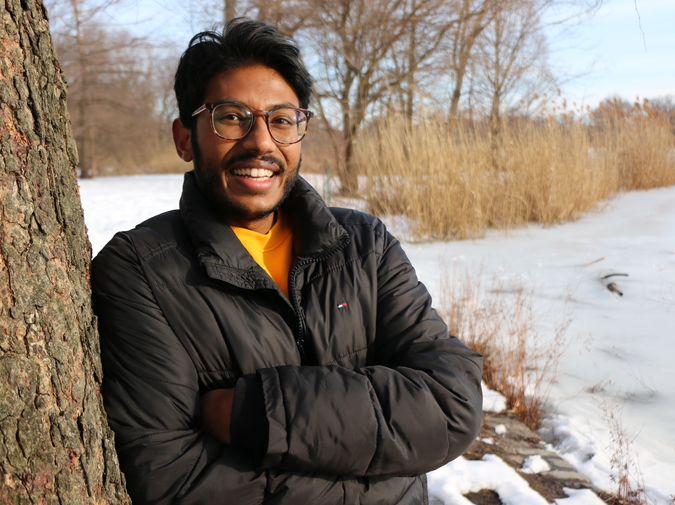 I didn’t know what gift I would get Bernadette for her wedding, but I knew it wouldn’t be a toaster. I reserve toasters for couples I predict won’t last. They’re functional, innocuous, and the warranty often outlasts the marriage. Bernadette’s future marriage was not toaster-worthy—I actually believed in it. I needed a gift that said so, too.

It’s true I am gay and it’s also true – so far – Bernadette is the only person I have ever been in love with. As I scrolled through the online registry for Bernadette and her fiancé Chris—my eyes scanning across the grids of elegant copper pans, woks, and baking sheets—there didn’t seem to be the perfect gift to say the perfect thing to the first woman I ever loved.

When I mention this flash of sexual fluidity to people, it bothers them. My physical attraction to men with the propensity to romantically love women was a vexing proposition for people to digest.

“But you weren’t happy, right?” asked a friend playing armchair therapist. “You were repressed.”

“It would’ve been a good marriage,” I posited.

“So there’s hope!” yelped my mother, still holding onto a miracle I’d marry a woman.

“Hmmst, really?” groaned a man I dated, annoyed with the dissonance in my sexuality. “What was that like?”

Such a simple idea required a complex explanation. Often in TV and movies, female love interests of gay men are casualties in the journey of discovering their sexuality. However, I loved Bernadette in high school, and seven years later, a part of me still loved her. A part that I never faced until Bernadette’s wedding grabbed me by the collar and forced me to stare at it. I figured, if I could find a gift explaining my relationship with Bernadette, perhaps I could explain myself.

Let’s see a 9-inch cake pan from Williams Sonoma try to articulate that.

The first gift I seriously considered worthy was a bright, cerulean towel set. I clicked through old pictures of us on Facebook to spark inspiration, and the towels matched the shade of blue on the flapper-style dress she wore on the night of our Gatsby-themed senior prom.

The memory of that night, when we sat parked in her driveway long after the dance had ended, entered my mind. Leading up to prom, I developed a crush on her, and throughout the evening, my anxiety forced me to rehearse the moment I’d ask Bernadette to be my girlfriend. Over and over again—in the bathroom mirror while tweaking my bowtie, during group pictures, and even on the dance floor—I mentally shadowboxed every possible scenario, good or bad.

When I finally asked Bernadette to go out with me, her scarlet lips grinned and replied, “I think I’m going to be a nun.” I laughed. She didn’t. Turns out, I’d missed one left-jab to the chest.

Bernadette’s eyes beamed with an earnest sweetness from the passenger seat of my car, followed by a head nod to reassure me, yes, I’d heard correctly. My brain buffered with shock as I thought, “Wow, I really turned her off.”

Even after my failed overture, we remained friends. I accompanied Bernadette in checking off her bucket list of secular things she’d no longer be able to do after taking her vow of poverty. Through drive-in movies, bonfires in the Indiana countryside, and spontaneous McDonald’s runs, I fell even more deeply in love with a woman whose dream was to be a nun. Burdening her with this knowledge felt selfish and moot, so I kept it to myself.

So when the perfect opportunity came to tell her about my clandestine love, I didn’t.

In the same driveway, nights before entering the nunnery, Bernadette eulogized the life she’d leave behind: friends, family, and old dreams, like having kids. In a huff of commiseration, she gazed into my eyes and leaned in subtly. A kiss was her final, unchecked box. I started to lean in too but stopped. Call it Catholic guilt over stealing Jesus’ girl—we didn’t kiss. Instead, we sat across from each other in an awkward silence, with our puckered faces frozen in space, wondering why not.

The second gift I considered was stationary. Like the kind I sometimes found folded neatly in the envelopes, when Sister Bernadette sent me letters in college because the convent prohibited the personal use of email or phones.

After all these years, I still keep every note she sent in my bottom desk drawer in New York. I rifled through the letters, which came etched across scraps of Venetian stationary, formerly crumpled notebook paper, and the back of a flyer for barbecue—whatever paper she came across in her vow of poverty. I hoarded these hodge-podge of pages like I was grasping the last pieces of a woman, censored by radical holiness.

I recounted to her the daily happenings of our friends from home and my adjustment to college life. She detailed her daily routines of prayer and service, choosing to couch the struggles of her new life as something to pray about. Even in our wildly different life paths, we confided in each other. My letters kept her alive in our world, and hers kept me sane in mine.

After almost a year into her nun journey, Sister Bernadette would have to sacrifice speaking with anyone outside the convent for five years. Our correspondence was an immediate victim.

In one of her final letters she wrote: “Do you remember when we sat in your car before the convent? I wanted you to kiss me, so I had a reason not to join.”

Her words rattled my insides, as she acknowledged a life together we left unexplored. While I was in college, free from the harsh hetero-gaze of Midwestern life and a strict Catholic upbringing, I started to accept the contours of my sexuality I desperately hid for so long.

I owed Bernadette an explanation, but I didn’t know how she’d take it. After all, she devoted her life to a Church, which preached homosexuality is “intrinsically disordered.” Just as a priest said after I confessed my same-sex attraction at fifteen, and he slipped me a pamphlet for a support group, which reeked of praying the gay away.

Even if Sister Bernadette denounced me, this was the only chance in five years for her to know. I confessed my sexuality to her, adding, “I loved you. But a part of me knew then, and I wanted to explore it. It wouldn’t have been fair to either of us.”

A week later, I was surprised to find, in my mailbox, a response on lined diary paper: “I will always love you in some way :)” A blessing from her to live my truth.

The stationary reminded me of a chapter now closed. A month after her final note, Bernadette left the convent. The Bishop dissolved her order due to toxic leadership, and shortly after, she met Chris, who became her divine sign to no longer be a nun. Chris is only one letter away from Christ—she had a type.

Our relationship didn’t last in romantic love, but over the years, we remained close confidantes, supporting each other through college, first jobs, and the drama of our early 20s, making good on our promise to love each other someway, somehow.

The hunt for a gift continued, even as I traveled home a week before the wedding to help Bernadette move her stuff into her fiancé’s apartment. Among the towers of boxes, I overheard her mutter, “I need blankets!” So I succumbed to his and hers gifts: a versatile crepe pan for Chris, and a warm, fluffy blue blanket for her—a practical, emotional substitute. Exhausted from my search, I stared blankly at the confirmation email saying “Your Luxury Blanket is on its way!” and wondered if it said enough.

The blanket arrived before the wedding. Bernadette texted me, “It’s exactly what I wanted, but...” The blanket dissolved in the washer. Blue fur coated the sheets and pillowcases of her newlywed linens. When Bernadette attempted to shake out the blanket’s remains, she inhaled some of the stray fur and choked.

“:('' responded the company representative I messaged, horrified. I got a refund for “being a valued customer” and not because their blanket was homicidal.

In my quest, perhaps I too was suffocating our love by interrogating it for answers of what we were. My search for a perfect gift was a search for a label which encapsulated the entire history of our unique love story. One describing our relationship beyond “former love interest” and “close friend.” However, there’s no perfect label for Bernadette and me.

Labels make things less abstract by conferring a degree of rigidity. We’re able to pick and prod and dissect the meaning of something and see whether it aligns with our perception of the world. The problem with trying to label love is that it’s ever-changing and comes in different forms. Romantic love transcends the language and bounds of gender and sexuality. Lover, spouse, ex—that’s the best we can do, but it’s often incomplete.

I watched Bernadette walk down the aisle towards someone who wasn’t me, and I felt joy. I realized labeling our love was less valuable than allowing it to endure and evolve into its own type of intimacy. One not contingent on physical attraction, but akin to platonic soulmates. With Bernadette, I remind myself, love finds us even if it's not the way we imagine it.

At the reception, a woman collected notes for the couple to open each year on their anniversary. In mine, I wrote my hope for the next chapter in my unconventional love story with Bernadette and now Chris: “I will forever love you in some way. Your hopes, dreams and family will behold my heart. Always.”

I tucked my note into an envelope and sealed it with what were finally the perfect words. This was my gift: a promise to love, not just her, but love in all its forms, labeled or otherwise.

At least it wasn’t a toaster.

Dillon Fernando is a writer based in Brooklyn, New York. His work has appeared or is forthcoming in Carolina Muse, Flash Fiction Magazine, and Potato Soup Journal.