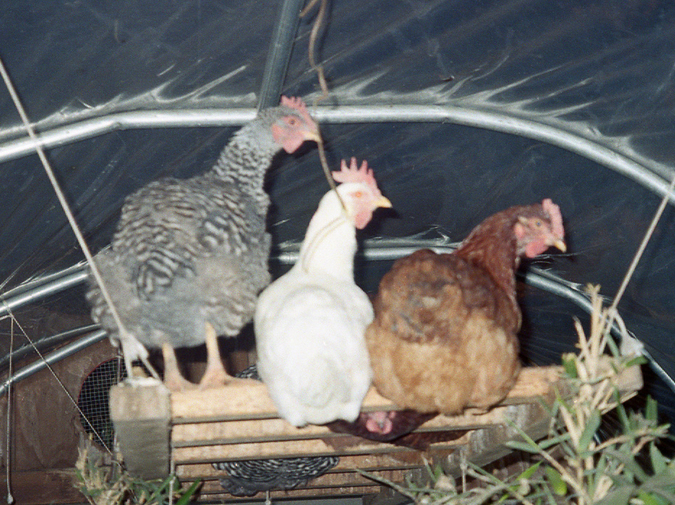 This is the inheritance I don't want, but nobody asked my opinion on the subject.

Maybe it's not that bad, but it's a yearly ritual defined not as a choice but as a thing we do. My sister and I have been helping Grandma and a crew of thirty-plus people make chocolate eggs at church since we were in elementary school, and this year she's recruited my boyfriend who's excited to be a newbie.

“Those eggs were in my basket every year,” he said on the drive over. “They mean Easter.”

I nodded, but to me they mean hard labor. Or perhaps just honed and repetitive skill sets. There are the mixers, the shapers, the dippers, and the wrappers, each task complete with its own apprenticeship. My mother is a perfectionist, so when she volunteers on the weekends she's a shaper. My sister can coat eggs with just the right amount of chocolate, so she's become a dipper. She's also four months pregnant, and able to volunteer since food is no longer making her feel ill.

My grandma and her friends used to be shapers and dippers, but now they need to sit down more often, so they're wrappers with my boyfriend. Grandma has been asking if we know other young people who'd like to help.

“We need more kids to carry this on,” she says. My sister and boyfriend and I are in our mid-thirties. Close enough to kids. But someone has to learn the recipes for peanut butter, buttercream, mint, and coconut cream fillings. That person is me, since I have been appointed a mixer by the old guard, the ones Grandma's age who oversee the operation. Mixers are traditionally guys, so I have been apprenticed to Mel who will judge my work until he can't hobble down to the church basement.

I measure out the butter, peanut butter, powdered sugar, and cream, into a large silver bowl, fit it in the stand mixer, and turn on the paddle, staring deep into the bowl like it's a cauldron until the mixture has creamed just enough and there are no streaks of butter. Then I add more powdered sugar. The last several cups have to be kneaded in by hand to the right stiffness. Mel checks each batch, squishing a little between his thumb and forefinger and giving me a nod so I can hand it off to the shapers.

I know the old guard is desperate, since they're willing to give up the gendered division of labor. Grandma sits up a little straighter when I walk to the wrapping table to see how my boyfriend is doing in his first day on the job. Grandma's friends have been telling him about the quarter debate, which happened four years ago when someone suggested raising the price of eggs from a dollar to a dollar twenty-five. The proposal sparked a rift that nearly split the church. Traditionalists say the eggs have always been a dollar. Frugal economists say you have to consider the rising cost of ingredients. They are neatly handing off this debate to my generation.

“It wouldn't be Easter without the eggs,” my boyfriend says, which answers no larger questions other than the need to keep making thousands of eggs every year and stocking them in six local stores. I don't eat the eggs, they're too sweet. My boyfriend is clearly an addict.

“How many have you had today?” I ask, patting his shoulder because I've taken off my plastic gloves.

“Three,” says my grandma. “I bought them for him. He needs more meat on his bones. Maybe that will help his energy.”

My boyfriend smiles a sugary smile to say this is not his fault, he has always been slim. A year and a half ago, after weeks of flu-like tired that he could not explain, he was diagnosed with something that was not quite chronic fatigue syndrome. Some days he comes home from work and just wants to sleep.

“I played soccer in high school,” he said. “What the hell is wrong with me? I don't even feel like fucking.” I've told him we can adapt our sex life to his stamina levels, linger in bed to hug and kiss and touch, a slow intimacy that dwells in the comfort of having someone beside you.

I'm glad he wanted to come make eggs today, since some weekends he's too tired to leave the house, and feels guilty because of it. We've tried to explain his tiredness to Grandma, but she thinks there's something he should be able to do about it, like he's working too hard or not getting enough sleep or eating his vegetables.

I kiss the top of my boyfriend's head because I must return to my post. Grandma says he should try one of the mint cream eggs. Tomorrow he will crash from the sugar buzz. I will not look at him with eyes that suggest I told you so, which is part of love. There are many things you don't think of as love until you're in love and realize how much it entails that is far from romantic, like not protesting (yet) about being appointed to the post of head mixer in a town where these eggs have become a kind of food religion. Tonight my boyfriend will be exhausted and no longer smell of chocolate, though I will imagine the odor on his hands, holding the tradition we can't refuse. But for now I walk back to Mel, who has taken his smoke break outside and smells of Camels and determination. He rubs his hands together, kneading one over the other, and says it's time for the buttercream.

Teresa Milbrodt is the author of two short story collections, Bearded Women: Stories (Chizine Publications), and Work Opportunities: Stories (Portage Press), a novel, The Patron Saint of Unattractive People (Boxfire Press), and a flash fiction collection, Larissa Takes Flight: Stories (Booth Books). Her stories, essays, and poetry have been published widely in literary magazines. She is addicted to coffee, long walks, frozen yogurt, and anything by George Saunders. Read more of her work at: http://teresamilbrodt.com/homepage/