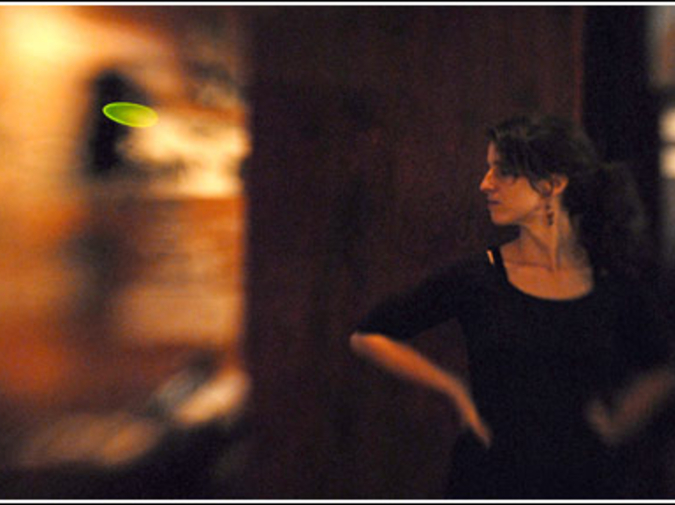 Steve’s pretty sure the Mexicans stole it; serves him right for naming it Chiquita in the first place. But it was a beautiful plant, four feet high and barely fitting under the deck in his small yard in Highlandtown with the stone walls cracked and crumbling like an old fortress. Yet, he could imagine their lithe bodies scaling that wall, pulling Chiquita out of her pot, stuffing her into a garbage bag, and tearing off into the night.

In bed that evening he’d noticed the motion detector light go off in the yard, and he had crouched by the window to see a baggy-panted figure slither up the alley like a rat standing on his back legs. Cold sweat poured off Steve like a Coke bottle as he took the creaky stairs two at a time and flung open the back door.

She was gone, the dirt in the pot scattered in a perfect circle around it before trailing toward the wall. Fucking Mexicans. First they move in with their loud cars with the “Jesus es el Senior” bumper stickers and smells of beans and fried food and their novena candles hogging up the aisles of the dollar store on Eastern Avenue and then they angle in on his territory. Or maybe it was the boys from Patterson High, although they got most of their shit from New York and wouldn’t need to bother petty dealers such as himself. He wondered how they found out--it wasn’t as if he was flashy about Chiquita. In fact, the only people he told were his ex-wife, Jackie, and his brother Owen.

Jackie. When he did the math later, counting the buds by memory--for he knew every inch of Chiquita--he figured he’d lost five grand. Three months of his life, tending Chiquita like he did Jackie, a sickly, translucent woman who dragged around the house like she was trying to scrape the linoleum off the floor, feeding and watering and stroking her and saying kind things. Maybe more like a child, Chiquita was. But then again, when Jackie was on the downers, so was she.

Now they were both gone, both being hustled by men who would take and not give. He scraped the dirt from around the pot gingerly, letting it flutter from his hands back into the hole where Chiquita once thrived. If it were a funeral, Steve would say a prayer. But it’s not, and all he can do is curse and kick things until the neighbors threaten to call the cops.

Jen Michalski lives in Baltimore. Her work has appeared in more then twenty publications, including McSweeney's, Failbetter, The Potomac, The Pedestal, and Thieves Jargon. She is the editor in chief of the online literary quarterly, JMWW.