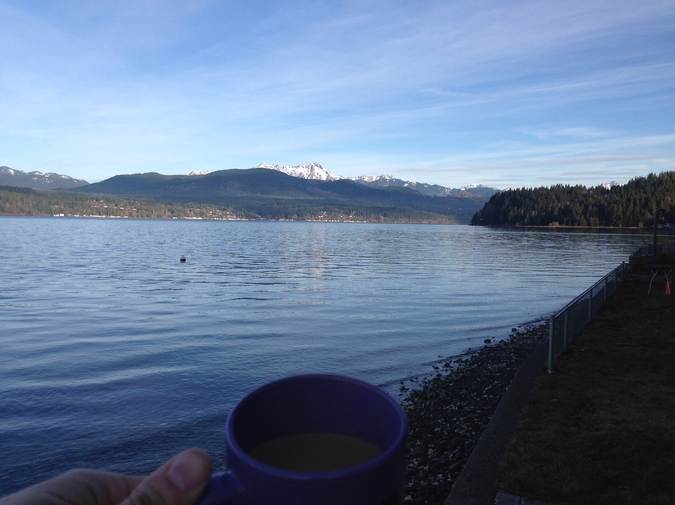 Spring was flipper-fitting season for young Olympic hopefuls like Jeannie. Although it was only March, Jeannie already had her gill implants; Dr. Rickman, a leading expert in the field of complementary breathing apparatuses, had heard about her record-breaking butterfly stroke and squeezed Jeannie in early. After the bandages came off, Jeannie’s mother was itching to get Jeannie fitted for her first flipper.

The flipper salesman measured Jeannie’s feet three ways—length, width, and circumference. On the wall were photos of children, rows of them with black flippers over their feet. Jeannie thought they looked ugly. The salesman brought out his glue gun and told Jeannie to keep her legs together and stay very still. Her mother beamed while he pressed the rubber to her ankles. She was not to remove the flipper for one month—the glue would take a long time to set. The salesman lifted Jeannie by her armpits and plunked her down in front of a full-length mirror. She thought she looked like a mutant and not at all like a mermaid. Her mother looked at her expectantly, and she thanked the salesman, who informed her that the flipper might make her feet itch.

In the car on the way to Aquarium House, a new facility for Olympic hopefuls, her mother kept telling her how grown up she looked and how she had a whole lifetime of swimming ahead of her. When they arrived, her mother tried carrying her piggyback to get her inside, but she couldn’t wrap her legs around her mother’s waist. Finally, Jeannie’s mother cradled her like an infant. This embarrassed Jeannie, but Jeannie didn’t want to upset her by saying so. Inside, a man in a wetsuit greeted them and said she was the first child to arrive; others weren’t expected for at least a week, and how wonderful that her mother wanted Jeannie to get in as much swimming practice as possible. He’d prepared one of their largest tanks for her—it stretched the length of the wall and was nearly half the size of the room. Her mother kissed Jeannie on the forehead and gave her to the man, who lowered her into a tank with a pink “WELCOME, JEANNIE!” banner draped across the side. Her gills fluttered open and shut. At the bottom of the aquarium was a plastic castle. On the other side of the glass, her mother waved goodbye; her lips were moving, but Jeannie couldn’t hear over the gurgling of the water filtration system.

The man in a wetsuit took out a stopwatch and gestured for Jeannie to start swimming laps. She didn’t stop until he rapped on the glass and gave her a thumbs-up. Then he indicated that she should turn a somersault. He scribbled on his clipboard, unlocked the top of her tank, and sprinkled in some green flakes. Jeannie popped her head out of the water to ask what the flakes were. The man explained they were a nutrient-dense food made with kelp, specially formulated for children like Jeannie. Swimming toward the flakes would help her agility. Before he closed her tank, he told her there was a cot for her to sleep on inside the plastic castle and that she should consider herself lucky: Aquarium House was considered the best new facility for future Olympiads by Swimmers World.

Jeannie treaded water until the lights in the facility dimmed, and then she swam into her plastic castle, where she lay awake. The only way to redeem the day would be to have a Chinese Tea Party—her most favorite game in the world—but that was pointless without another person. Plus, playing games was probably not allowed at Aquarium House. For the next week—maybe it was a week, Jeannie lost track of time, days rolling in and out—she swam back and forth in her tank. Twice a day, the man in the wetsuit came in with his timer and clipboard. After her tests, he dropped kelp flakes into her tank and walked away. Once, after she’d done particularly well, he’d dropped a tiny wriggling fish in her tank, and she’d had to swallow it just to make it go away. Some afternoons, tour groups came by and stood next to her aquarium while the man in the wetsuit talked. While the tourists were there, she wanted to stay inside her castle, but the man had said if she did, he would lift her out of the tank and make her sign autographs. Sometimes the tourists tapped on the glass and made a twirling motion with their fingers. Jeannie pretended not to understand that they wanted her to do a somersault. In the evenings, her mother came to pick up Jeannie’s test scores and watch her swim.

One morning, when Jeannie swam out of her castle, a boy with a medallion around his neck was being lowered into the tank next to hers. When the man in the wetsuit finished the boy’s test and left, Jeannie pressed against the glass to look at him. He was looking back at her. Water sucked in and out of her gills. The boy removed the medallion from his neck and let it sink to the bottom of his tank. Jeannie thought it must have been heavy to wear in the water. The boy blew a stream of bubbles at her. She wiggled her flipper at him. The boy swam to the other end of his tank, sliced the water with his arms, and held up his fingers: one, two, three. They raced, arms curling until they bumped the ends of their tanks. Neither of them could tell who’d won.

The man in the wetsuit wouldn’t be back for hours, and what Jeannie wanted most in the world right then was a Chinese Tea Party. The whole point was to sit cross legged at the bottom of the tank, but that was impossible with a flipper. She bent her knees and twisted sideways, grabbing the flipper. The first few times, it slipped from her hands. She clutched at the webbing and pulled. It wouldn’t give, so she tugged harder and wrenched the flipper loose. The boy grinned and pulled off his flipper as Jeannie flexed her wrinkly toes. Jeannie and the boy sank to the bottom of their tanks, legs crossed. She poured two cups and offered him one. He took it, and they raised their cups to their lips. Pinkies in the air, they gazed at each other through the glass and opened their gills to the scent of imaginary tea.

Elissa Cahn recently completed her MFA at Western Michigan University, and serves as the nonfiction editor for Third Coast. Her work has appeared or is forthcoming in: NANO Fiction, Midwestern Gothic, Harpur Palate, Quarterly West, The Chariton Review, SmokeLong Quarterly, PANK, and Sou’wester.