Candace Lee and Me 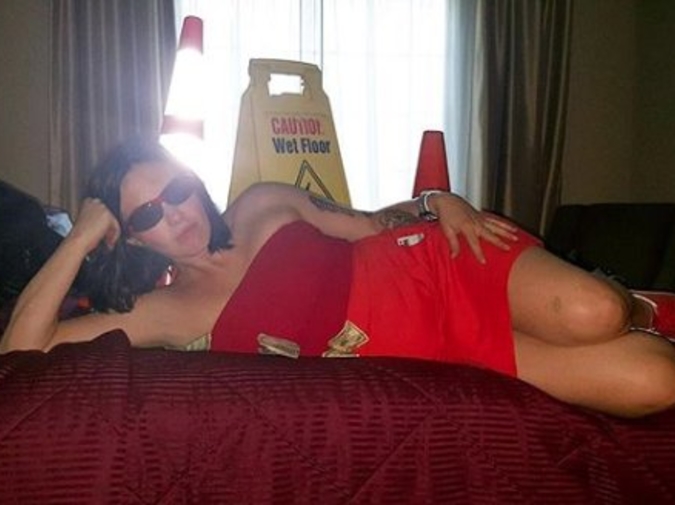 I was a loser and I was a fifth grader and I was hoping, never prayin’, to watch somebody open a can of whoop ass on The Stevens Twins. Somebody needed to sell more ten pound bags of sweet vidalia onions. The annual sweet vidalia onion fundraiser is different from all of the other annual fundraisers. Selling vidalia onions takes wit, character, and almost an evil spirit. You can get almost anybody’s memaw to buy just about damn near twenty Yankee Candles with a little convincing, but no one in their right mind willingly buys two-hundred pounds of vidalia onions.

The day before the fundraiser kicked-off I submitted to the precious rumor mill of Bonifay Elementary School that a large cockroach had crawled out of Abbey Stevens’ hair during class. The previous year when I was a benign fourth grader Adam Huffman had started the rumor that I had gone and sucked the devils ding-dong for ten vidalia sales. I never did suck the devils ding dong though, it was only my mama who had bought all ten bags. Mama wrote down fake names on the spreadsheet, paid with just one puppy-faced check.

There are parts of Florida where people only believe in two things, that The South will rise again and that Jesus died for their sins. In Holmes County the powers that be thought that they were just pitting southern baptist kids against the methodist kids and a couple of tongue twistin’ assembly of god kids, but it wasn’t like that. It was more like Lord of the Flies but with onions. A lack of sweet vidalia sales became earmarks of the rednecks and the sinners. For me it didn’t seem fair to compete against southern style church goers when I was the bad kid who frankly hated going to church. The church goer kids would make a glassy eyed shit face, cock their heads and say things like “...and glory be to the lord our god” and “peace be with you” when they would lose at tetherball then try to shake hands. It stole all the satisfaction of being just generally better than them, them thinking they were god’s precious losers. Living in bum fuck Bonifay, Florida, I needed a hero.

Candace Lee was the only other tomboy in my fifth grade class that wasn’t into church. Candace Lee and me both went to church of course, but we personally weren’t into church. I knew for sure Candace Lee wasn’t into church after back in the fall we were all sitting in Miss Evans art class watching people jump out of the towers on the bubble tv and everyone took out their “backpack bibles” except me and Candace. Even Bobby Tuberville pulled a ratty old bible out of his backpack after a while. But, me and Candace Lee, we just watched the smoke billow out the towers and took turns drawing the Blink 182 loser kid rabbit over and over in a shared notebook where we kept a solid stash of doodles.

Before Candace Lee came to my school The Stevens Twins won all the fundraising contests. Most Yankee Candles sold, most tickets sold to the Northwest Florida Championship Rodeo, and every spring they would win in a tie at selling the most bags of sweet vidalia onions. The Stevens Twins’ daddy was the longest running pastor of the Bonifay Southern Baptist Church over on High Street. Third and fourth grade The Stevens Twins sold the most sweet vidalias out of all three grades and won the best prize of all, four all access passes to the Fun Zone Skate Center in Dothan, Alabama. The Stevens Twins always had their daddy’s massive congregation of old southern baptist onion money on their side. This spring something felt different though, I started to feel some kind of hope, it’s the kind of hope you can only be learned in the south stemming from when you spend your days hoping it won’t ever get so hot again but then the next day it’s even hotter. So I had some hope and I also had decided to take it as a good sign that my sister’s horse Halfman had bit my mama on her titty, so maybe now he was a fullman and that bad wanting energy would be gone from the earth making room for more of my godless southern hope.

Two days after the vidalia sale began Candace Lee and me convened like witches in the girls bathroom to talk strategy in private. There wasn’t any need to explain what was at stake to Candace Lee. Candace Lee had seen enough in the first two days of the sale to know what needed to happen. The Stevens Twins were already tied at the top of the dry erase board with thirty bags each. I told Candace Lee right there in the girls bathroom that she would be the new star salesman and we would watch The Stevens Twins sweet vidalia destiny hurl on into the southern Sun.

Candace Lee and me decided we would hit the Piggly Wiggly parking lot after school. It’s surprisingly easy to sell onions to people who already have onions, you just have to run up to them when you see the red netting in their carts and say ‘hi ma’am could you please just buy a few more onions? It’s for my school, please ma’am.’. Candace Lee was wearing her Dixie Outfitters tee shirt with the palomino horse on the back that said ‘horse lovin’ country girl’ and I had on my American flag tee shirt from Old Navy so we were set. Candace Lee and me stood outside the Main Street Piggly Wiggly and took turns holding the clipboard, running after the people with onions in their carts. Sometimes we would run after people we recognized even if they didn’t have any onions in their cart. After two hours Candace Lee and me had sold sixteen bags of sweet vidalias. I looked at Candace Lee feeling some kind of cresting high and said ‘You’re gonna win, you’re gonna beat The Stevens Twins’.

My daddy came in his silver chevy s-10 and picked me up and drove us back to the farm. I helped feed the horses and then I fed the chickens and then I laid in bed. I thought about the chickens and I thought about the horses. I thought about onions and tetherball. All the teachers showed the church goer kids favoritism except for Coach Gruffy who was the gym teacher. Coach Gruffy made us do what he called ‘Laps for America’ around the field with the big tire pile that was our playground. After the towers fell some people weren’t sure if god was patriotic. Some people stopped going to church and only believed in The South from then on. The next day on the way to school I stared up into the Piggly Wiggly sign and I swear to god it winked at me, I knew we were gonna win.

Rebekah Morgan is living in Charlottesville Virginia. Author of Blood Burger Parade from Dostoyevsky Wannabe and tweeting at @rebekah_______