break-up in five stages : a kind of sequel 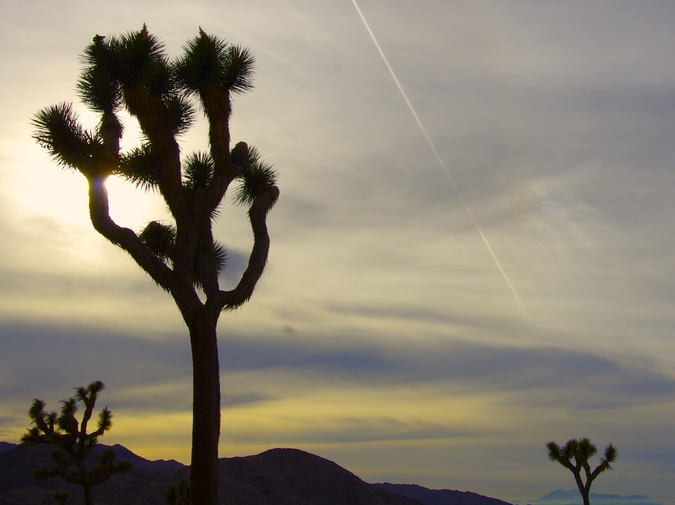 Today we've got a "kind of sequel" to Chris Pedler's "We Still Have to Work Together," itself featured in Hobart 15.

the motel is mostly a parking lot, with a small building running along one side, yellowing slowly. you check us in while I pull out the suitcases, two, and watch the springless screen door bang shut behind you. we’re surrounded by old things that don’t work — maybe we’re some of them. you’re walking back over when you stop, you speak, but the wind picks up, whips away all the sound.

for a second we’re in a movie when the soundtrack goes quiet to heighten the drama. I look at your mouth in slow-motion, and I think if I start walking right now I could reach you, ten feet away, in a decade. you are shouting and waving. the wind is the kind of white noise that is silence. you’re waving — like Carlton Fisk or someone directing a plane — and all I can think is I wish I could stand here forever, watching you fling your arm swimmingly into the heat melting concrete beneath us.

this moment passes. I realize you were waving me out of the way of an oncoming car, which patiently waits till I move. when the world returns, you ask what were you thinking about?, and I say, how you have such perfect teeth.

it’s a hot summer evening — or feels like it. we’re in the desert. this time of day I am bludgeoned with sadness. the air is so soft, pink as a child, warm as your mother. we are so far away from each other.

you think of the sound the moon makes, spinning in space. I look at the creosote bushes and cacti, rockpiles streaked with black desert varnish. it looks like the mascara smeared down your face. how long has it been there?

even at sundown, the Mojave hides nothing. its whole flat plain lights up from all angles. the desert’s a mirror in which we read each other backwards, making so many errors in translation, each unforeseeable and hard to forgive.

what does the desert say when you ask it for questions to ask someone else?

hold me. kiss me. act like you love me again. say that you’ll stay.

we’re not having sex. we must answer for strangers’ mistakes, parents’ & exes’, people we’ve never met, whom we’ve only heard about in stories occurring a lifetime ago.

I do know the floodwater’s already over our heads. we won’t learn to breathe underwater, or swim infinite distances. we won’t start over from nothing, from here, from the edge of our skin nearly touching again, not quite.

slowly we put on more and more clothes, layers, hazmat suits and bombproof armor. just being around each other becomes dangerous and exhausting. we become people we never imagined, in the couple of seconds it takes to undo all we’ve invented between us.

people wonder why rioters torch their own neighborhoods, as if they are otherwise rational. I never wonder this.

what is the past? where does it go? what does it mean to remember you were wearing a black tank-top looking off in the distance, your hand at your neck fiddling a necklace you didn’t have on, selling Socialist Workers on Church Street? or how I walked backwards holding your panicky hands on that trail that wasn’t a trail down a precipitous hillside in Costa Rica. I told you I loved you while we smoked cigarettes outside the Hotel Le Cantlie, after a festival. it’d rained all day, our clothes were destroyed. we went to a strip club at four in the morning and underage girls danced to Radiohead while we sat there not drinking, time passing in eeeellllllloooonnnnngaaaated wwwwaaaaaaavvvvvves as it must on the floor of the ocean. this is a fact. both that it happened and we can bring it all back, for a second. so what? it’s just a montage of oversaturated photographs, in which we see ourselves max out the Richter Scale and send the bill to our future selves. we’re always borrowing time, remortgaging deck-chairs with the equity in our disaster insurance. but we won’t wish away gravity, earthquakes, our waning and waxing, off again on again, ins and outs on a schedule fixed as the tide, opaque as the stormy Atlantic.

what is the past? the past is a space filled with something that’s gone. it sits in your chest next to organs with definite functions, an appendix that nobody reads. it is a window through which the wind will occasionally tickle invisible scars, give off an echo that never returns. even if you recall none of it — if you can’t place my name, or think everything happened with somebody else — I am inside you. I am the empty few seconds you feel yourself trace a motion you made when you were somebody different, far away, a vague déjà vu of a memory you can no longer see. I can’t be removed. I have already left. you are the absence of you. I forget nothing.

we are changed
we are ruined for anyone else

Chris Pedler is co-author of Make It Your Mission, a choose-your-own-adventure audio narrative set in the Mission District of San Francisco, forthcoming from Invisible City Audio Tours in 2014. He lives in Oakland.