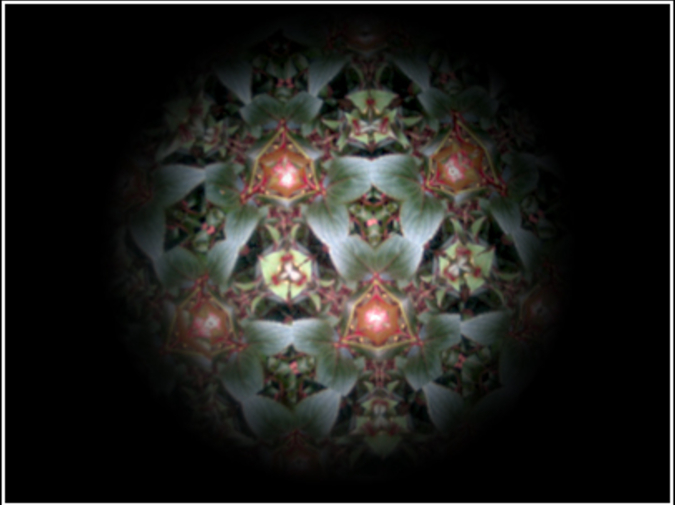 The hibiscus hedge is the boundary line the girl is not supposed to cross. Sometimes, for something to do, she walks to the end of the sidewalk and listens through the hedge to the blast of pins and shrieks of laughter coming from a small screened window high on a stucco wall. Sometimes she breaks a hibiscus flower from its stem and crushes the stamens between her fingers, staining her skin with purple dye. Sometimes her brother walks out of the door with his friends.

What are you doing here?

What are you doing to that flower?

She is waiting for her father to bring home her kartu anggota. When they first arrived, her father explained that American children were required to carry a membership card if they wished to use the company facilities.

"No one uses them. We don't need one," her brother tried to explain.

"Well, if you intend to use the facilities, you're going to have one."

"What are facilities?" the girl wants to know.

A few weeks later she finds three laminated cards on the dining room table. The oldest daughter uses hers as a bookmark; her brother slides his into his back pocket and walks out of the guest house, letting the screen door slam behind him. The girl examines the passport photo glued to the front of her card, and wishes her hair were long again. She turns the card over to be sure all of the boxes she checked contain x's—badminton, bowling, golf, judo, karate, movies, swimming, tennis—and tells her mother that she's going to the bowling alley.

"Who are you going with?"

The girl touches the screen door. "No one. Just me."

It is a brief walk to the long narrow building at the end of the sidewalk. She pushes against the door, and then she's inside.

Behind the counter, an Indonesian boy is leaning back on a stool, his head propped against a shoe rack built into the wall. The girl places her card on the counter. The boy doesn't move. His eyes are focused on the ball one of the American boys has thrown. The girl looks at the blades of the ceiling fan turning slowly overhead. The ball spinning toward the end of the lane crashes into the pins with the force of a high pitched explosion, and all of the pins fly into the air. The boy behind the counter shouts something to the pin-boy, perched on a narrow shelf above the scattered pins, who is taking his time, slowly lifting his weight on his elbows before he drops into the pit where the ball has dropped. The pin-boy sends the ball back on a wooden track that looks to the girl like a miniature roller coaster. Then, as though it pleases him to make the American boys wait, he slides the bowling pins one at a time back into the rack, raises himself onto the shelf, and lifts the lever that lowers the frame to the floor.

The Indonesian boy behind the counter turns to the small white girl. He lifts his chin and raises his eyebrows simultaneously.

Mina uses this expression. The girl understands he has the same as asked her what she wants. She pushes the card across the counter. He isn't interested. She points to the shelf of bowling shoes on the wall behind him.

"Ini?" he asks, pointing toward a pair of shoes with the #2 scrawled in white paint on each of the heels.

She shakes her head no.

"This one?" he asks, his attention elsewhere, pointing vaguely toward another pair.

Behind her back, she counts on her fingers the numbers Mina has taught her, but she can't remember what comes after ten. Then she remembers the direction printed on the back of the membership card: Holder should sign cash bon. She tries out the phrase she has memorized in anticipation of this occasion: "Eh, mon, minta bon."

He tosses a small tablet onto the counter and points to a can full of pencils. "Bukan mon," he tells her. "Mang." He bares his teeth, enunciating the phrase one syllable at a time: Mang. Min-ta. Bon.Understand? Like that next time."

She presses the soft lead tip into the chit, prints her father's name; his payroll number; one pair bowling shoes, size 13; one bowling ball; one game; then signs her name.

The boy laughs when he sees that she has circled the number 13 several times. "Kaki kecil, 'dak?"

"Some small, your feet."

After presenting her with the shoes, he brings her a ball the size of her seven-year-old skull.

She looks from the solid black child-sized orb in his hand to the other balls arriving or waiting in line in the mechanical ball return, which are not only the size a bowling ball is supposed to be, but shot with swirls of paint or shards of glitter beneath a shiny coat of resin.

She wants to tell him she doesn't believe him, but she doesn't know how. She looks into his eyes.

"Too big," he tells her again.

Her brother and a few American boys are sitting in a row of folding chairs facing the polished lanes. One of the chairs is on a stand and has attached to it a slanted table on top of which is a large pad of paper marked with rows of boxes. They keep score on this. With a pencil, in case of disagreement, she learns, using slanted lines and circles and crossed lines that have names like spare and strike and split, the significance of which she has yet to comprehend.

She has forgotten to wear socks. Walking back and forth across the room, waiting for her turn, the shoes slide up and down on her heels. Later she will have blisters.

She has never thrown a bowling ball before. She looks inquisitively at the three holes.

From where he is sitting with his friends, her brother explains to her what she needs to do to hold the ball correctly. When he realizes she hasn't understood, he stands to demonstrate. He takes his time pressing his little finger into one of the holes, lodging it firmly inside. He winds up as though he is going to throw a baseball, runs forward on his toes, then stops abruptly behind the foul line on the floor, where he tries to let go of the ball, but it won't come off of his finger. His new friends laugh. They like his irreverence.

When the girl finally throws the ball, everyone looks up to watch. It wobbles down the waxed runway so slowly she can follow the thumb-hole as the ball turns end over end. She turns her back, knowing without looking that it is going to fall into the gutter. After a few moments, when there is no sound at all, she turns around. The ball has come to a stop in the middle of the lane.

The boys can't believe their eyes. It is as though they've witnessed a marvel for the Guinness Book of World Records. They jump from their chairs, bend over their knees; one of them rolls on the floor. Even the pin-boys are laughing.

Her brother walks across the room to the mechanical ball return, picks up a ball, and sends it rolling toward the miniature bowling ball resting in the middle of the lane. Like a cue ball striking the last ball left on the table, his ball cracks into the back of hers, projecting it forward. His ball falls into the gutter. Hers rams into the pins at the end of the lane. Four are left standing. Two on each side.

"You made a split," her brother says.

Jill Widner was the recipient of a 2007 Artist Trust/Washington State Arts Commission fellowship; she was a resident at Yaddo in 2007 and 2008, and is a graduate of the Iowa Writers' Workshop. "Bowling Alley" is an excerpt from her novel in progress, THE SMELL OF SULPHUR, which fictionalizes her experience growing up in Indonesia in the 1960s. Other excerpts have been published or are forthcoming in North American Review and Kyoto Journal. She has more new work forthcoming in Memoir (and), 971 Menu, and Hitotoki.