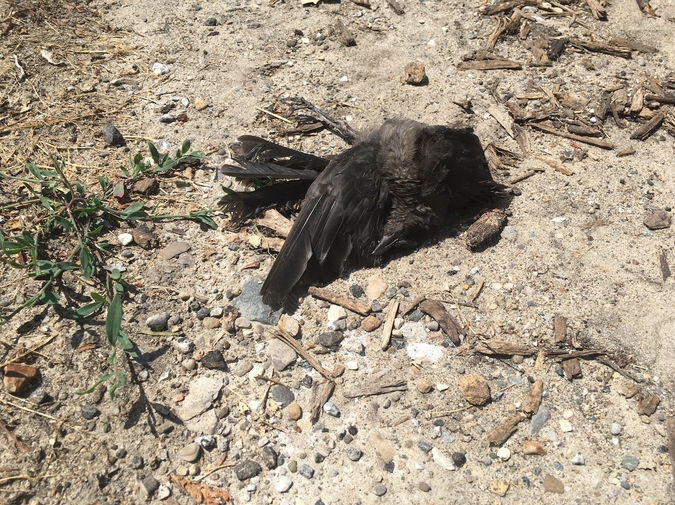 My grandma was lying in bed reading when three balls of lightning rolled down the hall, whizzed around the corner into her bedroom and punched a trio of scorch-edged holes above the headboard. Grandma said the marble-sized spheres burned blue like sparklers as they whooshed over her head. She remembered a whiff of singed hair and ozone.

When she led me into her bedroom to show me the holes in the wall, I was expecting blackened craters, like in cartoons. Instead, it looked like someone had stabbed the drywall with a pencil.

Lightning struck my grandparents’ house five times in as many years. Each time, the power surge blew out all the appliances as it nosed its way toward the ground through the wires and plumbing. Five lightning strikes, five new TVs. My grandpa was in the shower at least twice, but he was always lucky. I was young enough to scold him with safety facts I’d learned in science class. Never, never take a shower or a bath during a thunderstorm because metal pipes and water conduct electricity and you could get electrocuted and die. Grandpa chuckled, “In this house, the bathroom’s safe as anywhere.”

There was a hole in the bathroom wall from a previous strike, quarter-sized with jagged burnt edges, just right of the mirror. It looked like an extra leaf in the pink rose-patterned wallpaper. Whenever I washed my hands in that bathroom, I leaned forward on tiptoe and squinted into the dark hole.

The lightning holes reminded me of a painting I’d seen in Sunday school—doubting Thomas sticking his fingers in the raw red nail holes in Jesus’ hands. Thomas’ grimace resisted interpretation: shame, fascination, repulsion? Jesus, tunic hiked up to display a gaping slash over his ribs, looked beatifically bored. I knew the lesson by heart: “Blessed are those who have not seen and yet have come to believe.” But if faith meant to believe without proof, why had Jesus kept the crucifixion wounds after he’d risen from the dead? I felt for Thomas. Is refusing to believe an improbable story until you had touched the evidence with your own hands really that bad?

The Skype ringtone bubbles out of my laptop and I click the green icon to answer. Only the bald top of my grandpa’s head is visible in the frame.

“Why hello! You’re coming through real clear.” The image dissolves in a staticky flurry as he fumbles with the camera. His grin blooms into focus. “How’s my favorite granddaughter?” I’m his only granddaughter. When I moved away for college, Grandpa learned to use Skype because he wanted to see my face during our Sunday afternoon calls.

“Still on the green side of the grass. You make it to church this morning?”

“No,” I say. “Not this Sunday,” I try to make it sound like I might go next week, though we both know I won’t.

Mostly, we talk about my classes, his fishing, our houseplants, what’s new.

“I wonder,” he mumbles, out of the blue, looking away from the camera, “What will they do with my artificial knees when they cremate me?”

We sit, silent. I don’t know what to say. Grandpa is 94. He’s outlived most of his friends and Grandma. He goes to a lot of funerals. I feel queasy thinking about both his knees, his hip, his rotator cuff, his pacemaker. All that metal. I could Google the answer, but I don’t. I don’t want to know.

My mom opens the small gift box and shows me Grandpa’s pacemaker, a flat bean-shaped battery and coil of hair-fine wires that used to be implanted in his heart to calibrate the electrical signals. The device is wrapped in white tissue paper, like a piece of jewelry. Pacemakers are removed after death because they will explode in the crematorium.

Earlier, the funeral director called to ask about the urn for the cremains. I think cremains is an unbearably ugly word.

“Grandma and Grandpa both donated their pacemakers to the veterinary clinic.” Mom closes the box. “Battery’s still good for another five or six years.”

“What does the vet clinic do with used human pacemakers?” I ask. My grandpa was dedicated to his profession, but I cannot imagine why a veterinarian would donate his own pacemaker.

“They put them in animals,” Mom explains, smiling gently at my confusion, sniffing away a tear. “Nobody’s going to spend six thousand on a brand new pacemaker for a dog.”

I have no proof, but it is strangely comforting to imagine that somewhere, two dogs are running through a field of wildflowers, barking, sniffing, tongues lolling, the lingering electricity from my grandparents’ pacemakers keeping time in their hearts.

Anna Chotlos’s writing has appeared in Hippocampus Magazine, Atticus Review, and Sonora Review Online. She is a PhD student in nonfiction creative writing at the University of North Texas. Find her on Twitter @achotlos or at annachotlos.com.