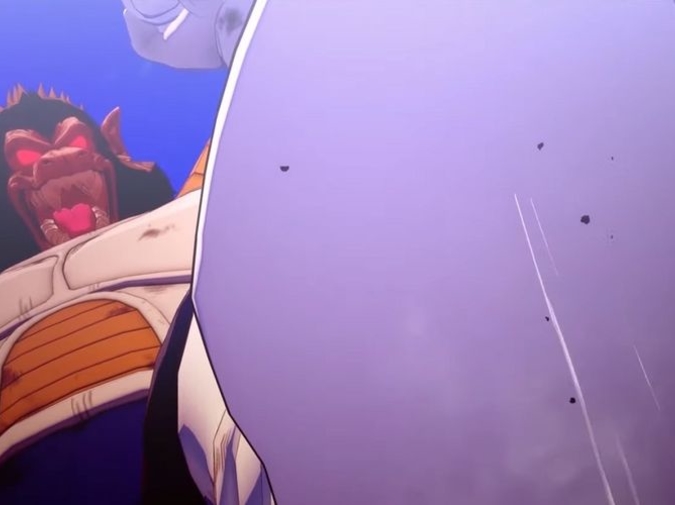 I dropped out of high school my senior year while working at a Subway Sandwich restaurant in my hometown. I dropped out because I couldn’t figure out my algebra homework. I kept failing more and more and wasn’t going to pass the class. It was the graphing section of Algebra where I finally gave up. The counselor brought me into his office and told me I couldn’t graduate without an algebra credit. So, I decided to stop showing up to school.

I learned that the feeling I got when she never texted me back was what depression felt like.

I mostly worked the closing shifts at Subway with this guy named Stephen. Stephen had two modes. Mode one was when he was your best friend and loved you. Mode two was he hated you and everything in the universe.

Stephen told me he had bipolar. He told me officially. Like in the same way someone would explain gravity. Sometimes he’d come into work chain smoking Newports, throwing shit, swearing and doing scratch off lottery tickets and then throwing more shit when he didn’t win.

Then the next time I’d work with him he’d apologize. He recited the same apology like he was reading it off a prompter that popped up in his head, his eyes dead blank when he’d say, “I’m sorry for my behavior, I have bipolar disorder. I hope you will forgive me and we can stay friends and have a good working relationship as coworkers.”

Stephen was great. He was 22 and bought me beer and always gave me cigarettes. A lot of nights after we closed, we would split the cost of a 30 pack. We’d drink beer, smoke cigarettes and blast death metal through the speakers while doing our closing chores like dishes and mopping and food prep. Stephen knew about my problems with algebra and numbers and was fine with counting down the till at the end of the day.

I was doing dishes when Stephen came in the back door holding the case of beer, he bought the beer from the liquor store behind us. He sat the beer down on the floor near the mop sink and handed me one. I opened it with my soapy hands. Stephen lit up a cigarette and told me he saw my ex-girlfriend in the liquor store parking lot.

“Really, what was she doing?”

“Just hanging out with her friends. I think this dude was in there buying booze for all of them.”

“But yeah, anyways, I told her she was a stuck-up bitch on my way back.” Stephen laughed out menthol smoke when he said this.

“Fuckin seriously? Why’d you say that shit, bro? She knows who you are. Now she’ll really never want to go back out with me.”  I slammed the container I was washing into the dirty water and it splashed all over. “Fuck man,” I said shaking my head and looking down at the swirling dishwater full of floating food scraps.

“Woah, chillout. She ain’t going to date you again. It’s been over for a bit now so you need to move on,” said Stephen.

I took a big drink of my beer.

“I’m just trying to not piss her off is all. I was going to call her tonight to see if she would give me a second chance but fuck that now. Yeah that’s pretty much fucked. Thanks a lot, asshole.”

He pulled his phone out of his pocket and called someone.

“Who you calling?” I asked.

“Hey what’s up?” He said into the phone.

“Cool, see you then,” he said hanging up.

“He’s gonna come over and patch you up.”

“How? by taking me behind the dumpsters and shooting me in the back of the head?”

“You’ll see,” said Stephen and walked past me to do food prep.

“Yeah, what the fuck ever,” I murmured.

Psycho Trev scared the shit out of me. He did the dishes at a Tony’s diner in town. He lived in a singlewide out in the woods and did a lot of shrooms. He had huge parties at his place too. Psycho Trev was tall, pale and skinny. He drove around an old cop car and wore big ol’ aviator sunglasses so whenever you saw him driving, you’d get that lurching feeling in your chest because you thought he was a cop for a split second.

I could tell Stephen felt bad about calling my ex a stuck-up bitch because he let me mop the whole lobby. Mopping the lobby was my favorite thing to do. I was good at it and it was nice to see a big shiny wet floor after I was done. Moving the mop back and forth across the floor made me feel better for some reason.

We were out by the dumpster after closing.

Psycho Trev pulled up in his old cop car.

Psycho Trev  got out of the car and asked what was going on.

Stephen pointed at me and said, “He dropped out of high school and his girlfriend dumped him.”

“Is he showing any adverse side effects from this?”

I twirled around in a small circle from frustration.

“Just listen to him. He knows what he’s doing,” said Stephen.

I set my beer down, took a big drag from my cig, lodged the cig into the beer tab, and shook my head as I walked over to the spot of oil in front of the drive-thru speaker box.

I lied down flat on my back like a dead person and looked up at the stars. The ground was nice and cool and the stars were showing bright and the moon was huge and I could hear crickets chirping.

Psycho Trev knelt beside me. He looked down at me like I was roadkill that hadn’t died yet.

He told me to inhale as much as I could. He said this just like a doctor.

I did. My lungs hurt to inhale that much cool night air.

He told me to exhale as hard as I could.

I did this too and this also hurt for some reason.

Psycho Trev then placed the three tips of his fingers right below my chest bone, into my stomach. He told me to inhale as much as I could again.

He applied some pressure but not much.

He told me to exhale as much as I could.

Psycho Trev then stood up and brushed his hands off on his jeans. “Yup, yer shits all fucked up,” he said.

Psycho Trev walked over to his car and started to rifle through the junk in the center console. He finally came back over with a joint rolled in a swisher sweet wrapper. He lit the joint, took a big drag and handed it to me.

“This isn’t laced with anything is it?” I asked.

I took a big hit. The weed tasted fruity and smooth.

I passed the joint to Stephen who passed it to Psycho Trev who passed it back to me. We just sucked in as much weed as we could in silence, underneath the glowing streetlamp near the dumpster. The crickets chirping.

After the joint was cashed Psycho Trev put on aviator sunglasses. He then started stomping around in a big circle in the parking lot. He took these giant steps and waved his arms back and forth violently with each step, his arms flinging up high above his head then swinging down until they stretched behind his back. His head even seemed to wave with his walk. Like a caveman dance. His feet going in the air as high as they could before stomping loudly on the ground, sorta like bigfoot.

He turned his head and looked at me dead-faced and said very seriously, “now follow me and walk just like this.”

I was coming up on my high and had a big head rush, the night air felt like it had an invisible electrical current and it was running through me.

I took a regular step with my left foot, then paused, setting up my next big step. I swung my right foot up to my head and then stomped on the ground so hard I got a numb stinger up my leg. I then swung my left leg almost to my head and stomped it down, I started to swing my arms all crazy. It started awkwardly and I had a hard time going in a straight line until I built momentum, but all of a sudden, I was bigfoot walking just like Psycho Trev. Following him around in a circle in the subway sandwich parking lot.

Psycho Trev started to walk out of the parking lot. My eyes watered and I couldn’t hear anything but the stomping of feet. I was breathing hard trying to keep up.  I followed him and we walked across the street and into a used car dealership, our wavy big foot shadows casted like giants in front of us, our swinging arms casting over junk cars. Then we walked across the street and down a side road. Me and Psycho Trev fell into the same steps, a perfect cadence. I could feel the tightness in my chest and my stomach starting to break up, like is was eroding away from a big rock until turning to dust in my veins.

We walked past the Doyle Road trailer park, some of the lots were vacant, dogs on chains, half the streetlights burnt out. And we kept going until we were traveling down some dark unlit street near the corn elevators.

Following Psycho Trev through town felt like flying with stars. My vision clear, my chest burned in a good way. I could feel my lungs sucking in heavy cold air and I was hacking up phlegm. I forgot I existed and I forgot where I was. I could feel tips of my fingers and toes sending energy out into the air and I could see the energy from me float up to be a part of somewhere else in the universe.