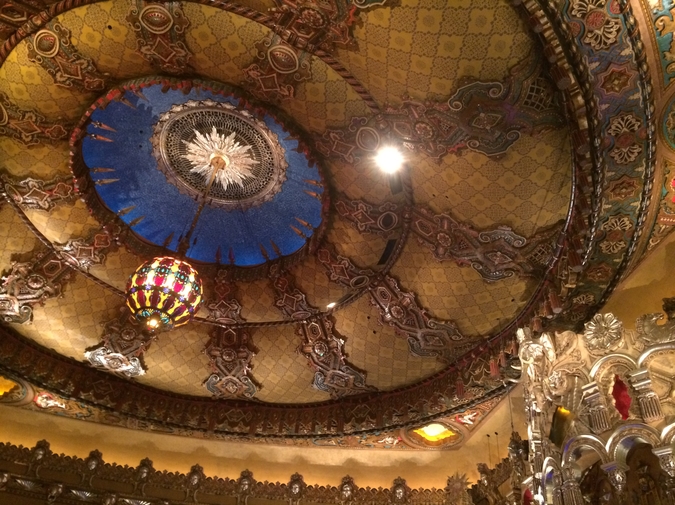 The suited man says, Mr. Sport, but the way he says mister sounds like easter, and sport because the man in the chair is wearing warmup pants with snaps on the side, the sort of apparel that even on the field or the court invites puzzlement or scorn, the pants breaking away from the body, the unriveting and disposal of the pants, the smart little wrist snap that can make an adolescent appear like an elderly Italian woman with the day’s wash, the callous toss of the fabric like athletic jetsam, but Mr. Sport never wore these pants in his adolescence, never unsnapped and tossed them, in fact he’s never worn this particular pair of warmup pants until today. He can’t respond to the man addressing him as Mr. Sport because he can’t talk, his tongue has been mangled, somewhat ineptly, and he sees the hilarity in this, being tortured by inept torturers, as another larger silent gentleman’s behind him, but if it weren’t him in the chair, if it were someone else and he was watching, he might be amused by these two dilettantes practicing the art of torture. After they cut into him, the suited man produced a little bottle, size of your average nasal spray but with a tiny atomizer, the kind the nicer bars have for mixological ends, and sprayed what tasted like lemon and vinegar and bleach into Mr. Sport’s mouth, eight or nine sprays, and a sour and bitter burn spread all over his mouth cavity, in particular under the tongue where they slashed the web of his tongue with the broken coffeecup lid, that’s what seems the funniest to him now, as his bleeding stinging speechless tongue hangs out of his mouth: a simple coffeecup as the instrument of his torture. In fact it was his own coffeecup, he was carrying one when these men stopped him on the street and stuffed him into their car, and Mr. Sport thought about petards and hoisting and how that particular phrase should be updated to reflect the taste of contemporary life, perhaps when the authorities get involved, if they do, they’ll see at once what has happened and will be obliged to turn a new phrase thus applied to anyone fucked by their own device: you know how it is sarge, tongue-slashed with his own coffeecup lid.

The way the suited man said mister, a funny accent of unverifiable origin but possibly eastern European, and the way the suited man chose to identify him, by his warmup pants, which he’s never worn before today, funny. It’s the way things work out sometimes, the way things completely fall to pieces and then break into yet smaller pieces when you try to fix them, and then the pieces break you and enter your skin and nestle underneath it and you reflect upon the mess and say, funny how that all worked out, until years later when one of the pieces is finally rejected by your body, a fragment of a mess you made years ago breaks you again, reenters your life and makes another mess and you can’t help but think about the original mess, the fall of things, the way they hurt your loved ones’ hands, funny how that all worked out.

Mr. Sport looks around the room and is frankly, can he be frank, frankly appalled at the color scheme, toothpaste green and prune juice trim, hurts just to look at it, and clearly this pairing is meant to torture him as much as the tongue violence and the spray, and the dead chandelier bright among the sunlit dinge, and the shitty end table with fake roses in a vase the color of a prescription vial, and the book perched on the sill beneath a rollershade the color of crusty mustard, the collected works of Kit Marlowe, funny, and he’s just now realizing his chair wobbles to the left despite a little shim, which may or may not be catshit, and that’s when he decides all of this is ridiculous, that’s what he attempts to communicate to these amateur frenectomists, This Shit Is Ridiculous, but due to the mangling and the burning it comes out as a series of staccato groans. He looks at the man’s suit, cheap and dizzy with moire, just looking at it makes him sick. He wretches and tastes bile, blood, and bleach.

The other man, whose name is either Tony or Tiny, says, Ain’t no country roads can take you home now, Mr. Sport.

The suited man frowns and shakes his head and says to Tony or Tiny, Shut the fuck up. He produces another little bottle, this with a tip instead of an atomizer, and inserts the tip into one nostril while holding the other one shut and squeezes the bottle three times as he breathes in. His eyelids and his hands droop as the corners of his mouth turn up. He’s clutching the little bottle just in front of his face and it looks like he’s engaged in a devotional. He remains in this position, beatific and frozen, for a whole minute while Tony or Tiny looks at his phone and Mr. Sport bleeds and groans. The suited man raises his eyelids and attempts to say, Hand me the cat, and collapses to the floor. Tony or Tiny looks at his phone a little longer, tries to delay the inevitable, which is what to do with his colleague who’s overdosed again. Looking at his colleague and Mr. Sport, both passed out but only one bleeding, Tony or Tiny decides to walk to the corner of the rented room where he’s stashed a discreet leatherette cat carrier, which issues a small meow. On top of it rests some knitted thing the innkeeper lady gave him when he checked in. Tony or Tiny unzips the carrier while humming something sweet. He extracts a savannah cat that crawls up his arm to sit on his shoulder. The cat’s eyes close and Tony or Tiny feels it purring. He turns to face the cat as he begins to sing, You’ll never know just how much I miss you.

Derick Dupre is the author of the chapbook Frail Shrines (Shotgun House) and edits The White Elephant. "Below The Chandelier" is an excerpt from a larger work-in-progress.