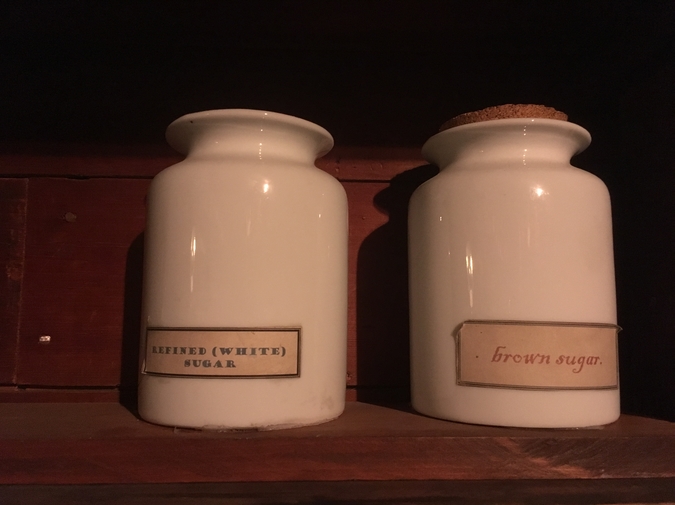 It cost me fifty dollars to attend my grandmother’s funeral.

Fifty dollars that I needed to put in a savings account to pay for my apartment at college, but instead it went to help fund Maude’s funeral. Even though Maude worked in a hospital, she had no insurance. Even though Maude was the matriarch of the family, she was still supporting the other good for-nothing family members in her old age of eighty-three.

Her death lasted two days. It began with my sisters hopping in the car and heading to a Pampered Chef party.  They passed an ambulance, a fire truck, and a police officer set up outside my grandmother’s apartment building.

The EMT told them that Maude had a stroke.

My alcoholic uncle, Bill, was pacing back and forth across the five by five foot living room, asking where his beer was. His beer was wearing a new koozie that had a hood and zipped up like a real sweatshirt.

He didn’t want to lose it.

From there, the phone tree was executed, a system we put in place only a few months earlier when my cousin, Morgan, overdosed by intravenously taking prescription pills. Supposedly, she melted them, injected them, and died over and over again because the pills were extended release. Morgan didn’t get a funeral, only a wake, but her death also cost me fifty dollars.

I got the call from my sister and called my cousin, James. When our grandmother died, he was in the Marines and had been stationed on a boat, at an undisclosed location in, or around Africa.

“They won’t let me come home,” he said slowly.

“Why not?” I asked. I already knew the answer.

“They only let you come home for immediate family.”

I could tell he was about to or had been crying. “Did you tell them that she practically raised you? She may as well have been your mother.”

When we were fourteen, James told me our grandmother was rich.

“When Mamie dies, you’re not going to be in her will you know.” He said this a lot. He liked to think this meant all of our arguments ended with a ‘win’ for him.

“She’s not going to have anything in her will, idiot.”

“Yes she will. Mamie is rich.”

“Yes, she is,” James pressed. “She’s always buying me things.”

I knew then what James didn’t. I knew that my grandmother wore pastel sweat suits from Wal-Mart. She couldn’t dye her hair, because she was too busy buying beer for my Uncle Bill.

Sometimes, I think of all the things I remember getting from her: An apple when I broke my nose at 5, an electric razor when I was 8, plastic duffel bags when I was 10, and a 3D Teddy Bear Blanket at 18.

On the second day of her death, we sat in the hospital. My grandmother was hooked up to a machine, not breathing on her own.

It was then I realized how fat she had gotten. I watched her stomach move up and down, her throat gurgling every few seconds. My fourteen year old niece giggled every time her decaying body made a sound. I couldn’t blame her. She knew her as I knew her: hardly at all.

It’s hard to be compassionate towards someone you don’t really know.

I envied the relationship she had with my cousin James. She took him places and bought him clothes and food.

I got apples and razors.

During the second day, I was volun-told to pick up the out-of-state family members at the airport. The whole ride back I had to endure endless stories about Maude. How she visited my aunt in Florida at least once a year. How my cousin used to play pranks on her and mimicked all the phrases she used to say.

I laughed and played along, but I had no stories of my own.

That night, Maude died. I don’t know what time. I just know I was tired. I know that I was tired of hearing my aunt tell everyone that Maude was waiting until she arrived before she died.

I cried during the funeral. Not because I was sad, but because that’s what people do at funerals. I was asked to read a poem. An anonymously written poem someone found on the Internet that they thought she would absolutely love. I read it and I cried, but I didn’t mean it.

I was crying liar tears, but I didn’t know how to stop them. They flowed for the entire funeral. My face was red and blotchy. I wondered if James could see my lying tears from Africa.

I missed the burial. Instead, my sisters and I went to see John Edwards, the famous TV medium.

On the way to the show, my sister started reminiscing about Maude. I think she hoped that she would cross over.

“Remember a few months ago when you were supposed to come to the cemetery with us? To visit Morgan?”

“I think she knew she was going to die then,” she said.

“Well, I did a lot of research and I heard the same thing on Grey’s Anatomy, that before people have a stroke, they start talking kind of crazy. Like, existential.”

“Well, remember a few years ago when she had heart surgery?”

“Vaguely,” I said. Another lie. I still didn’t remember it.

“She told me, that during that surgery, she went to heaven.”

“She did love kids.”

“No. She didn’t love kids. She loved taking care of people.”

Just then I looked down and saw a dime sitting on my thigh. “That’s weird,” I said.

“No. I just found a dime on my leg. How would it get there if I’m driving?”

“I’ve heard that if you find a dime, it means someone from the other side is reaching out.”

Sometimes, I think of all the things I remember getting from Maude: An apple when I broke my nose at 5, an electric razor when I was 8, plastic duffel bags when I was 10, a 3D Teddy Bear Blanket at 18, a dime.

Juliet Barney is originally from Lake Placid and uses the unfortunate life of small town living to influence her writing. She has a talent for Jenga, movie trivia, tweeting, and not meeting celebrities. You can find her publications at Drunk Monkeys, TLAA: A Journal of Indigenous Expression and War, Literature, and the Arts, and New York's Emerging Writers: An Anthology of Nonfiction from Z Publishing House.