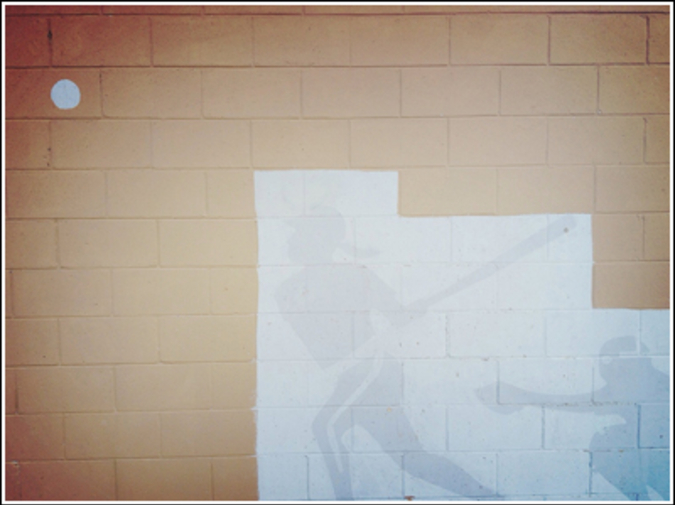 When I wore my Astros hat and jersey to see them play the Cubs at Wrigley Field, someone threw a tampon at me, still in its wrapper. I didn’t see who threw it.

After another Astros-Cubs game at Wrigley, as I made my way through the crowd, a guy, about my age, shouted, “Fuck the Astros!” in my face, then disappeared.

I grew up in Austin, Texas. My dad used to drive me to Houston to see the Astros play. The Astrodome was a vast, ugly place for baseball. It had all the coziness of a window fan. The green Astroturf was stained in a way real grass never could be. The rainbow-colored upper levels were always empty, except for one or two random fans, their heads back, asleep.

I knew much more about baseball than my dad did. When we went to games I told him who the players were. I taught myself how to keep score.

My dad umpired one of my little league games once. He bought a clicker to keep track of the outs. Several times he called a strike a ball, even when the batter swung and missed. When he called a foul ball fair one of the kids on the other team asked me what I thought. I admitted the umpire got the call wrong. I felt like a bad son, but it was true. My dad got the call very wrong.

After the game our coach faced the stands and loudly scolded the crowd for booing my dad. She said Mr. Ramos had been the only one with the guts to volunteer.

In fifth grade I played catch with my best friend, Chris. One day Chris threw the ball as high as he could. I lost it in the sun and the ball smashed my face. When my dad saw my busted lip he was mad at Chris, but I knew it was my fault. I should’ve made the catch.

I had a bully. When my bully challenged me to strike him out I was prepared. I used to practice pitching in our backyard, only fastballs because I didn’t know how to throw anything else.

I threw two pitches. The first was right down the middle. It clipped the strike zone I’d marked on an abandoned piece of plywood. My bully watched it go by.

“Strike one,” Chris called from the sidelines.

The next pitch was just as good, but this time my bully swung and connected. The ball flew about four backyards away. I don’t remember if my bully rounded the bases. The bases weren’t really bases anyway. They were trees, except first base. That was the porch.

I used to go to my backyard when it was dark and hit baseballs from the porch into the trees beyond our fence. I’d toss the ball in the air and hit it on the way down. The good ones flew over the telephone wires above the tree line.

When I didn’t have a ball I used rocks that left scars in my wood bats.

The only game my mom ever took me to was a playoff game at the Astrodome. There were over 54, 000 people in attendance, the largest crowd in Dome history. My mom cheered as if she knew what was going on. I shared a high-five with a stranger three times my age. The Astros were ahead, and then they weren’t, and then the game was over. My heart was broken.

Afterward my mom drove us back to Austin. It was late by then, and we wouldn’t be home until after midnight. My SAT’s were the next morning. I took a practice test in my prep book during the drive.

The only time I ever heard a tornado siren was at Wrigley Field. It was a night game, and the Astros were in town. It was one of the first games my girlfriend, Sarah, and I ever went to together. She grew up in Winnetka. Her dad raised her on the Cubs.

There was some rain and the game was delayed. When the rain let up the game resumed. A couple of innings later there was thunder and some distant flashes in the clouds, but the game went on.

There was no rain in the air when a bolt of lightning struck about four blocks away. Lance Berkman, the Astros first baseman, jumped several inches off the ground, ducked his head, then ran off the field. The umpire waved his arms. The rain came down.

Sarah and I decided to wait and see if the rain would stop and the game would continue. I left for ice cream. The crowd under the stands was boisterous but orderly. I bought one hotdog and two chocolate scoops in styrofoam cups. I put the hotdog in my pocket and held one chocolate scoop in each hand.

I was nearing the passageway to the field when the siren began. It sounded like an air-raid warning, a long wail that slowly rose and lowered in pitch. I looked past the yellow-jacketed usher in the passageway to where the field was supposed to be, but all I could see was a glowing swirl of horizontal rain. I was convinced the tornado had entered the stadium, and that Sarah was in mortal danger. I had never felt so confronted by a natural force, so moved by its power. I was terrified. The usher stared into space. I didn’t understand how she could be so calm. I considered abandoning the ice cream. Instead I took a breath, passed the usher, and entered the passageway, not sure what I would find when I emerged.

I was relieved to learn that the rain and wind weren’t as tumultuous as they’d seemed. The field was still there, and the city, steamed by the mid-summer storm.

Then I saw Sarah, a few aisles above where our seats had been, under an awning with two hundred rowdy super fans, plastic beer cups in hand. She was standing. When she caught my eye she waved, and I brought the ice cream to her.