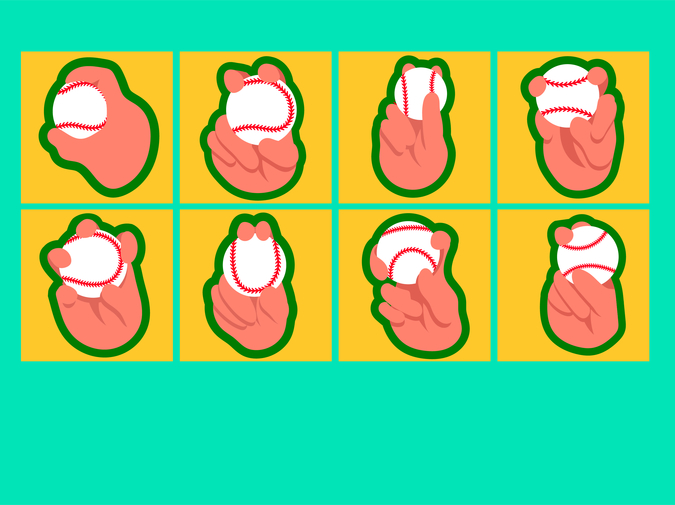 both into scoring position.

of the stretch: the wind

up: the hard throw masking

that cut, that slide

that buckles the batter’s knees.

3.  Intentional walk, or how to ruin the fun

of the pitch that barely

plate and the batter

over the head of

Messenger with arthritis and stoop

my manager slows halfway there

My job is another’s failure:

two men on, a run already in

a screen that stops foul balls.

I want to tell people

that I have thrown this ball

until my shoulder is a hollow socket,

I do not think of finishing

nor was I meant to.

my wrist, my fingers, my right arm

this  leather rubbed to complacency

a fist, an iodinestained moon.

My job is pretending:

the spot is not the spot,

the speed is not the speed

and disintegrates some promise

After a couple months away

after all that sitting and waiting

now that the doctor says

now that the orthopedist says

and the motion of my deliver

of nothing that breaks too much

a simple toss to find

I know where I want to throw the ball

I just don’t remember exactly how

to place it where I’ve always known

how to place it.

On the off day you rest

the game, the series

the inning, the out

John Walser’s poems have appeared in numerous journals, including Spillway, Water-Stone Review, Plume, North Dakota Quarterly, Posit, Nimrod and december magazine as well as in the anthology New Poetry from the Midwest 2017.  His manuscript Edgewood Orchard Galleries has been a finalist for the Autumn House Press Prize and the Ballard Spahr Prize as well as a semifinalist for the Philip Levine Prize and the Crab Orchard Series First Book Award.  A Pushcart nominee as well as the prior recipient of the Lorine Niedecker Poetry Award from the Council for Wisconsin Writers, John is a four-time semifinalist for the Pablo Neruda Prize.  He holds a doctorate in English and Creative Writing from the University of Wisconsin-Milwaukee and is professor of English at Marian University-Wisconsin.  He lives in Fond du Lac, Wisconsin, with his fiancée, Julie.

Aubrey Hirsch's comics have appeared in Vox, TIME, The Rumpus, The Nib and elsewhere. She is a 2022 NEA fellow in literature and you can learn more about her at www.aubreyhirsch.com or follow her on twitter @aubreyhirsch.