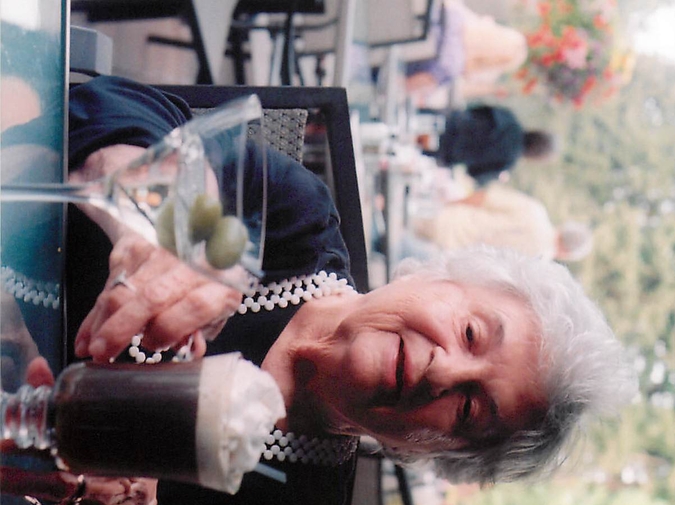 Toward the end, when heart disease had already taken my father, and my mother was alone—which she found intolerable—her doctors felt she had dementia. But I knew that was not the case. She had always embellished stories, even invented them for the attention they provided—“a good story is everything,” she told me once, bright eyes flashing, as they always did. She should have been a writer, but writing, even journal articles in her field—the behavioral sciences—somehow terrified her.  It made her remember herself. I’d felt this even at twelve or thirteen; and now, in her terror at being without my father, and in her inability to sleep at night because of that terror, she inhabited a place no more informed by dementia, I was convinced, than her life had ever been.

Because I did love her, though she was not easy to love, and I wanted her to know it before it was too late, I drove her for hours down the streets of cities in the dry, dusty part of our state—cities she remembered from childhood—because she liked to be driven, because she liked to have “adventures,” she said. I knew from my grandmother, who had passed a decade before my father, that this was the same wonderful word my mother’s father had shouted as he’d piled his family into the car during the Depression and taken them for drives without itineraries: “Let’s have an adventure! Let’s have more than one!” he’d shout, and everyone loved him and didn’t want him to leave them, though in the end he did. My mother missed him. I knew that.

On one of those drives she fell silent, which was very unlike her, and I decided to try it. I would try to outmaneuver the voice—what I’d always called the thing that would appear in her rages. Whether love would be enough, I had no idea. I said:

“Did you sometimes feel that Grandma—your mother—was your baby? That you had to take care of her, bring her into our family because she had no other place to go—because she was so alone after he left?”

It reached her. It got inside. Her eyes began to tear up, and I started to breathe. She was saying:

Then she turned in her seat and gave me the look. The thing had awakened. Her voice was hideous as she said: “Why do you ask? How dare you think you know what I’ve felt. No one can possibly know!”

I should have found the courage to take her hand, but I did not.

Bruce McAllister's stories and poems have appeared in print and online literary magazines and year's-best volumes (BEST AMERICAN SHORT STORIES, others) and won or been nominated for awards like the National Endowment for the Arts, the Shirley Jackson, the Hugo and the Nebula. His short story "Kin" was selected to launch actor LeVar Burton's new podcast, LEVAR BURTON READS.

image: "Mama's Got It All" by Martha Clarkson