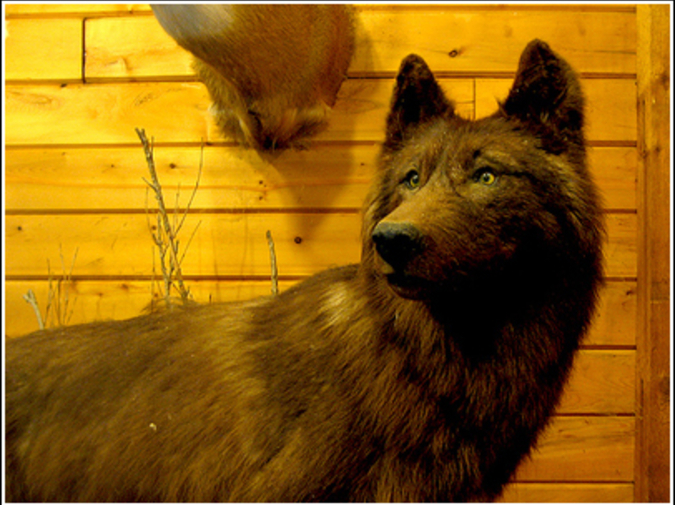 Tom had been promising for some time to take Stevie to the zoo, and today was the day. He paid their admission and the two entered the zoo grounds, passing the gift shop, built to resemble an African hut. Stevie wanted to rush inside and Tom had to lure him away with the promise of cotton candy. A thick, musky animal smell lifted into the morning air.

The storks and cranes stood pressed together in foot-deep brownish water. They seemed to be molting or shedding -- whatever it was such birds did -- and there were patches of pink skin showing through their feathers. Feathers floated on the water. One stork, apparently very old, kept opening its beak and making a sickly rasping sound. "Daddy," Stevie cried, pointing at the bird, "is that who brings the babies?"

The polar bears were a great favorite of Stevie and the others who clustered around their enclosure. By this point the sun beat down tirelessly, and one bear took shelter in the shade, panting as she stared off at some distant point, ignoring the crowd. The other performed lap after lap, slipping into the pool, swimming underwater past the glass, pushing off with his hind paws, then climbing back out to shake himself dry. Wash, rinse, repeat. Small children pounded on the glass, and Tom could see sweaty handprints and saliva smeared over its surface.

Stevie kept begging for his cotton candy, but Tom managed to convince his son to have some lunch instead, so they found an empty table at an outdoor snack bar and ate. At the next table over sat a group of retarded people who had come on a field trip. The retarded people ate their meals with civilized grace. It was one of the chaperones, a large woman in a tentlike t-shirt and spandex shorts, who sat picking her nose in a lazy, unencumbered way. "What?" she snapped at Tom, who couldn't help staring. Embarrassed, he turned away.

"I know," Tom said, gathering up their trash and taking Stevie's hand, all the while avoiding the woman's gaze.

A dingo enthusiastically licked its crotch as someone snapped a picture.

They entered the darkened reptile house. Tom had an aversion to snakes, but Stevie wanted to see each one and would stand with his nose pressed to the glass, sometimes pounding on it until spotting the serpent coiled among leaves or dangling from a branch. Stevie wasn't tall enough to see the signs posted over the cages, explaining how venomous the species were, but the building had been arranged in such a way that each subsequent snake was deadlier than the last, a symphony of inner terror for Tom which reached its crescendo with an innocuous looking brown and tan snake, Deinagkisrodon Acutus, the Hundred Pacer. According to the sign, its victims, once bitten, stumbled a hundred paces before collapsing. Did the zookeepers really need to post such facts? The air smelled sweeter to Tom as they emerged from the reptile house, and he gulped great lungfulls of it.

Tom bought Stevie his cotton candy and they sat on a park bench sharing it between them. Tom already felt a bit queasy from the heat, and the sugary candy did little to improve his condition. Nearby two employees were cleaning out an empty cage. "I finally convinced Loraine to let me give her a golden shower," said one of the men, leaning against the wall of the cage, which according to the sign had at some point housed a Tibetan wolf.

"What's a golden shower?" asked his partner, hosing down the concrete slab, and the man proceeded to describe an act so disagreeable that Tom couldn't believe it existed, or that someone might voluntarily agree to it. Quickly he gathered Stevie up and guided him toward the giraffe enclosure, praying his son had been focusing on other things during the employee's speech.

Both giraffes looked to Tom like females (or males), which is to say he couldn't tell them apart, but as he and Stevie stood at the fence, they watched some innocent-looking nuzzling develop into something more serious. One giraffe mounted the other, his penis emerging from a waxy sheath. Tom couldn't help but think of swords, especially since the act seemed so vicious to him. The giraffe's penis was roughly the size of a human's, though pinker and slimier and more generally vulgar. Stevie was instantly enrapt. "Daddy," he called, "what are they doing? It looks like one is hurting the other one." Some of the other viewers turned and waited with anticipation to see how Tom would respond.

By the end of the day, Stevie was exhausted and Tom had to carry him through the gates on his shoulders. They drove home in silence, but overall Tom's son seemed pleased with his first visit to the zoo. "Did you guys have a good time?" Jan asked when they stepped through the door. She had been watching TV and an ad for a fast food chain played silently in the background -- a bikini-clad woman held a hamburger in one hand while hosing down a sports car with the other.

"Yeah, it was great!" Stevie said before dashing off to his room to play with some animal figures his father had bought him in the African hut.

"What about you?" Jan asked her husband as he collapsed on the couch.

Tom thought of his own trips to the zoo as a child, eating the same junk food, viewing the same animals, riding his father's shoulders. "It was fun," he nodded, smiling, and felt pretty sure it was true.

Dan Pinkerton has new work forthcoming in Subtropics, Poetry East, Northwest Review, and Arts & Letters. A story of his appeared in the 2008 edition of Best New American Voices, and one of his poems was recently nominated for a Pushcart Prize.