Asynchronous, or, Damn You, Tinder 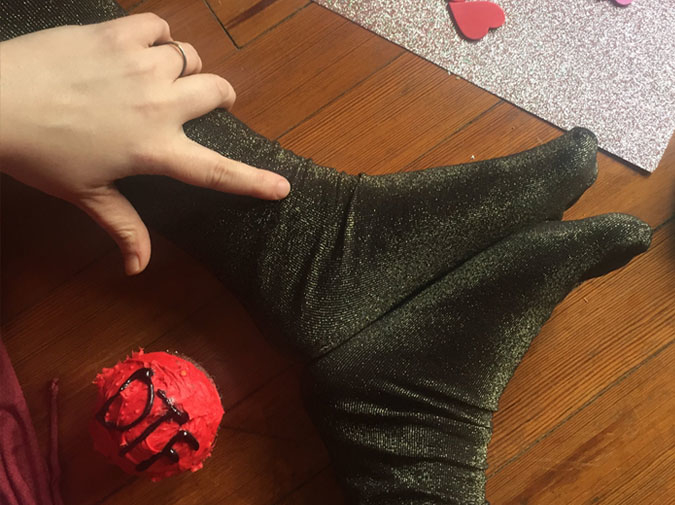 Asynchronous
Or,
Damn You, Tinder
In Which
A Mobile Dating App Provides Reminding that
We Are All of Us the Playthings of Chance

Waiting in line at the DMV that squats at the center of the shopping mall like a great echoing iron lung, you accidentally swipe left on the potential love of your life. You confuse right and left the way you might one day confuse the gas pedal with the brake. She liked the Rolling Stones and held a degree in cello performance and smiled with the kind of earnest rosy cheeks that always knock you dead. There’s a way in Tinder to undo a swipe by shaking your phone, but you don’t know this, so you click back to Settings. You don’t realize that opening Settings will automatically reset your Match Queue, banishing her from your life forever. You take a ticket and sit in a hard plastic chair to wait; an exhausted middle-aged lady calls the numbers with the voice of death. The accident bothers you more than it should, stays with you as a hollowness in your chest, real, physical, as if an organ has been removed. You shouldn’t care so much: You have no idea what she was actually like, didn’t even know of her existence mere moments before. But once you’ve become aware of her—the mere potentiality of her—her removal is capable of leaving you bereft. What if she had been “the one”? What if you’d had the makings of a wind-blown star-crossed romance and the sole reason for your missed connection was a quirk of programming, an electronic tic? You curse the programmers with their cans of Red Bull and stupid chunky glasses for not having had the foresight to prevent this exact situation. Her name was Carolina A. Pronounced carol-EE-na, she specified. You’re left with an initial and an existential tremor. Tumor. Twitch. Tell me which lottery ticket to scratch, and I’ll tell you which part of your body will fail.

Devices are our bodies now. You find out that some of your texts aren’t going through—they’ve gotten lost somewhere in the cellular void between sender and receiver. One of your friends shows you the text thread on his phone to prove it. You take your phone to the Geek Squad to get it fixed, and for a while everything seems functional. But then slowly you start to wonder. Sometimes you’ll send out a group text—Hey, anyone feel like catching a flick tonight?—and nobody will respond. It seems to be happening more and more often—at least, there are several recent instances you can recall. Either your friends are extremely flaky, or your texts aren’t going through. Or, the paranoid option, people are avoiding you. Maybe people smell loneliness the way dogs smell fear, and avoid it, which would create a vicious cycle. You feel like Verizon is gaslighting you. You could just call, but nobody calls anymore.

Your mother informs you via text that your grandpa has had a stroke. You’re driving on the highway when the first half of the message flashes onto your screen and your heart turns over. To read the rest, you split your eyes between the device and the road. Speech slightly slurred but doctors say he’ll be ok, no need to call, xoxo. You try calling anyway once you’re parked at the office, but no one picks up. In the next half hour, while you’re in a budgeting meeting, sympathetic messages come in from your sister in Palo Alto and your brother in Long Island. After the meeting you try calling a different number, but again no one picks up. You receive another text: They’re busy at the hospital and can’t talk now, but grandpa is okay. Everyone knew it coming eventually; he’d had a 95% blockage in his left ventricle but had refused to get a stent. The phrase “ticking time bomb” had passed around your family in whispers from mouth to ear. Every little breakage is another death. Technology isn’t making us immortal, as some people think; it’s making us ever more mortal. We are multiplying our mortality in devices. You once tried to interview your grandpa about his time in the war for a school project, but he wouldn’t let you record the information on your cell phone. The Russians would somehow hack it and steal our credit card numbers, steal our trust, steal our lives. iPads were already turning our kids’ brains to mush, he thought. He didn’t even have an answering machine. If you wanted to talk, you could talk now or never. Not in this in-between.

Josef Kuhn’s writing has appeared in The Columbia Review, Superstition Review, and elsewhere. He lives in Washington, DC, where he's at work on a novel about a lobbyist with a penchant for literary theory. He tweets reluctantly @joey_kuhn.