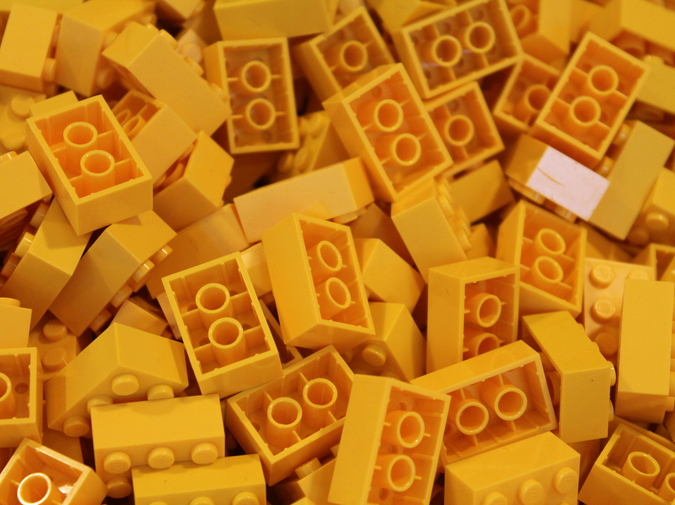 The research scientists bundle you up in outside-resistant clothing and put you outside the insulated walls of the research station. Your feet sink into the dry white snow. The sun is bright. They blindfold you and say, “This is what it will be like if you are caught outside during a blizzard.” You wander in the snow, trying to grope your way back to the station. You know you are going in circles. The wind hums against the hood covering your ears. You cannot hear anything.

Eventually the research scientists take your blindfold off. They point at the station and say, “Look how far away you are.”

That is when you realize that you are not supposed to be here, in this place, on this artist's fellowship.

You were doing all right in the city. You would come home from work, your forearms seamed with scars from milk-steaming wands, and lie on your back in your narrow studio apartment. You would move your fake pen across your digital drawing tablet and watch the images projected on to your dark ceiling. You would draw until all your blank walls were filled with colored light, with orderly patterns that stretched outwards in all directions.

You have done this since you were a kid. You started with damasks and paisleys, but later moved on to natural forms. You liked taking insects and veiny leaves and making them orderly. In art school people thought this was dumb. Or worse, commercial. Maybe they were right. You start leasing your patterns to boutique fabric printers and wallpaper manufacturers. With the extra money you cut down on the hours you spend at the coffee shop. You buy a better projector and a glass teapot.

Then one day you see somebody wearing your pattern, the one with walls of spiders grasping hairy leg to hairy leg, on a dress. Your body reacts like it is your doppelganger coming to murder you. You feel like you have encountered someone cloaked in your own scent. Your fear is so acute that your vision narrows to a pinprick and you have to sit down. At the time, sitting on a park bench and breathing with your head between your knees, you thought it was a good idea to apply to arts fellowships and get away from the city for a while. The one that accepts you is in Antarctica.

You came to Antarctica to draw pictures of the diatoms that live in the cold, oxygen-rich water. You spend hours with one eye at a microscope and one hand moving across your sketch pad. You create patterns of diatoms, images that can be repeated endlessly without disconnect. You fuss with the squares digitally, sending them off in every direction and making sure the edges stay invisible.

As a student you thought these sorts of things were important. Now you know that somebody wearing a dress with your diatom fabric will not necessarily think about global warming, the glaciers, or their carbon footprint. They won't necessarily care about diatoms. They won't even know what a diatom is.

A diatom is a single-celled organism wearing silicate armor. They live everywhere in the ocean. They look like bits of stained glass, or the moving beads inside a kaleidoscope.

The diatoms don't look like they are alive, but they are. Things are alive all over this planet. Here, in Antarctica, the fish have anti-freeze in their blood. Starfish grow to enormous sizes. Sometimes a column of especially cold ice reaches down from the surface of the water like the finger of God. It freezes the starfish before they can escape.

The other two fellowship recipients are a narrative historian and a documentarian. The historian is writing about Shackleton. The documentarian is a nihilist with an accent. His film is a meditation on inexorable climate change.

The historian keeps to her archives, but the documentarian is almost your friend. You stay up late in the long night, drinking schnapps and thinking dark thoughts.

You are killing Antarctica just by existing. No matter how many reusable bags you brought to the grocery store, you still have a non-negligible carbon footprint. Even here, at the bottom of the world, the air is warming. During the day, the ice pack cracks. It sounds like guns firing, like bullets smashing through rock. The scientists show you their graphs. They talk about the penguins and the penguins' eggs. They shake their heads.

The scientists are as skittish as island deer, but they appreciate your diatoms. As you stick a drawing to the communal fridge, a woman engages you in conversation over her instant coffee. She is a specialist in closed systems and last minute escapes. She asks if you know about the simulation.

She directs you to a porthole and points at a clearing in the middle of the station's circular hallways. There is a large structure half-buried in the ice.

She says that six men are living in there for five hundred and twenty days. They are testing what it would be like to travel to and from Mars.

She says that inside the simulation there are three Russians, two Europeans, and one Chinese man. The woman says that they are now on the return mission. It's going pretty well. They get a lot of reading done.

The woman is a middle-aged Swede with pale hair and papery skin, As you listen to her, you fall a bit in love. You go looking for her afterward, but have trouble finding her again. You are too shy to traipse through the labs. You begin haunting the communal kitchenettes, sketching.

“Get away from my diatoms,” you say. You punch him in the jaw. The documentarian wrestles you to the floor, but he won't fight you. He holds you down by your shoulders while you kick on your back like a bug. He sits on your chest. It is the worst, it is the worst thing.

It is the end of your friendship with the documentarian, so now you have no friends. The diatoms don't need you. They are perfect in themselves.

You spend weeks wandering through the artificially lit hallways. You are probably depressed. Your diatoms dry out on your slides, shattering into little shards of silica. Your drawing pad is neglected. There is nowhere to go.

In Antarctica, the outside wants to kill you. Do not forget this. It is the closest you will get to living in space. Place your long jaw against the edge of your insulated structure and feel the wind howling for your blood. Hum an answering note.

Winter in Antarctica is one long night.

In the long night you dream about the following things. You dream of walking over the snow, your legs telescoping longer and longer, until you can stilt your way back to the land you came from. You dream of the dark hairs that are almost certainly covering the backs of the documentarian's shoulders. You dream of the faces of everyone you have ever loved, blurred with ice.

You wake one night to the sound of something enormous tearing apart. For a moment you think that part of the research station has lifted off and is climbing into the sky, and that you are on the wrong part. She's leaving without me, you think. You stumble out of your room in your footed pajamas and stumble through the dim hallway. Then the hallway stops. It has sheared off from the rest of the hallway, which you can see after a short gap. Wires spark between the broken edges of the hallway. The wind is screaming between them.

The glacier below you has shifted and this is the result.

You peer through the crack in the structure to where the simulation pod lies. You see the six men emerge from their damaged pod. They have a contingency plan. One of them puts his hand to his helmeted head to squint through the darkness. He raises his gloved arm and waves at you.

A. Werner lives and works in Brooklyn. Her work has appeared most recently in Corium and NANO Fiction.