An Interview with Patrick deWitt 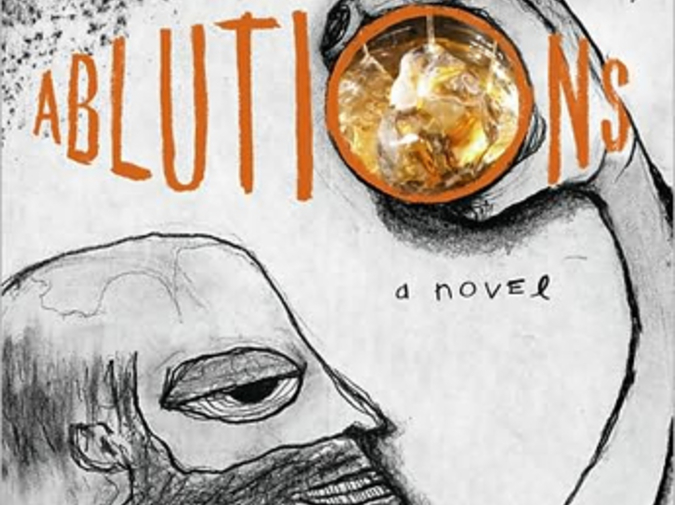 The drinking life has been rendered in print on so many occasions, it seems unlikely that anyone could find anything new to say about it. It seems unlikely, but then Patrick DeWitt's phenomenal Ablutions comes along and reminds us that a writer with enough talent can approach the most familiar paths to the most familiar destinations, step into the rough, and find a way to walk there that surprises the hell out of the most jaded reader.

The book's narrator is writing a series of "notes" to a novel about a bartender in Hollywood. Sentences are second person — reminders of what to talk about when the hypothetical novel being discussed is actually written — and often sections begin with the directive "discuss."

And the book — a meditation on the depths one can go when one is diving deep into one's cups — finds beauty in the most homely of places. The writing is just that startling, that precise, that good.

ABLUTIONS from Patrick deWitt on Vimeo.

You mentioned in an earlier interview that you found a first person version of the story "claustrophobic." It seemed to me that the central conceits of the book — the "notes on a novel" frame and the second person — led to a different kind of claustrophobia. And I think maybe it comes from the books details of the setting and my own perceived notions of the setting — LA, land of urban sprawl. I find the claustrophobia much more pronounced in the beginning of the book, and am wondering if you felt the conceits helped you narrow the setting? Or if that was part of the tone you were trying to set at all?

I hadn't and still haven't wholly considered the ramifications of those conceits, to be honest. It was more of a gut-feeling decision to set the book up this way. But I think that if it had been written in the first person, the story would only be that much more claustrophobic. As it stands, to me, the narrator's a little murky or foggy; this affords the reader a certain distance. First person would be like sitting in a room with him, listening to all these stories, which could have been oppressive, and might have made him less sympathetic or likable. There is a fine line between rogue and blowhard, Matthew!

True enough. And as far as distance goes, second person has always read to me like first person distancing himself from himself — at least when it's done well. I say "you" when I mean "me" but can't bear to admit "me" is responsible for the actions of "you." The book seems full of choices like this, too. Where a thing seems to be one thing on the surface, but is something completely different. Like the book being a series of "notes" that appear to be character sketches, but move the plot along. Was that intuitive as well? Is Ablutions the result of tortured over multiple drafts, or when you had the frame established, did it fall into place fairly quickly?

Once the skeleton was set up, things moved along pretty quickly. It took a year to write the draft I submitted for publication, rewrites included. I don't mean to say it was easy, but everything before and since has been much more difficult. I think I was doubly lucky with Ablutions in that I discovered the note format, which is very friendly or open to work with, and also that I was writing about something I knew well. This made for relatively smooth sailing.

One thing I noticed you doing was writing some darkly comic scenes, and then quite suddenly shifting to a moment to make the reader reevaluate their response to it. I'm thinking of, for example, the final section of the last chapter when the narrator walks out into the alley behind the bar and begins punching the wall. Up to that point, we've been listening to the character Ignacio tell a laughably implausible story. But the narrator's reaction is one of deep, horrified loathing — of Ignacio, of the bar, of himself. Were you conscious of messing with a reader's expectations like this?

No. I mean, there was no reader, so I couldn't concern myself with upsetting his or her expectations. To me that scene is a play-by-play account of the straw breaking the camel's back. When I started out at the bar, to hear a story like the one Ignacio tells the protagonist was a welcome diversion: strange, and comical, something you'd repeat to friends later on, and everyone would laugh at it as an oddity. But the years passed, and those tidbits lost their appeal for me. They became sad, and then physically poisonous to endure. You know, Why is it necessary to tell me these stories? Why would you think I'd want to hear them? This is the feeling I had in mind when I wrote that part.

Well, without asking straight out "how much of this book is real and how much is fiction," can we discuss the nature of autobiographical fiction and the current book market? When you started sending the book out, did you feel any interior or outside pressure to refer to the book as memoir?

There are similarities between the protagonist's life and my own; I worked at a bar for years, as an example, and it became a dangerous position for me due to excessive drinking, etc. But taken altogether, Ablutions is far enough away from the memoir designation that it couldn't have been published as anything other than fiction. It would've had to have been dismantled and rewritten completely, which thankfully wasn't asked of me and which I'd never have done if it had been. I like to read memoirs, but the idea of writing one, of having to adhere to a factual story line, seems like an unpleasant obstruction. The whole fun for me is to make my own way as I go.

Patrick deWitt was born in 1975 in British Columbia, Canada. He has also lived in California, Washington, and Oregon, where he presently resides with his wife and son. In 2007, Teenage Teardrops press published his short book of random writings and bad advice, Help Yourself Help Yourself. He has worked as a laborer, a clerk, a dishwasher, and a bartender. Ablutions is his first novel.

Matthew Simmons is the author of the novella A Jello Horse (Publishing Genius Press). He is the interviews editor for Hobart, and maintains a blog called The Man Who Couldn't Blog.