An Interview with Norman Lock 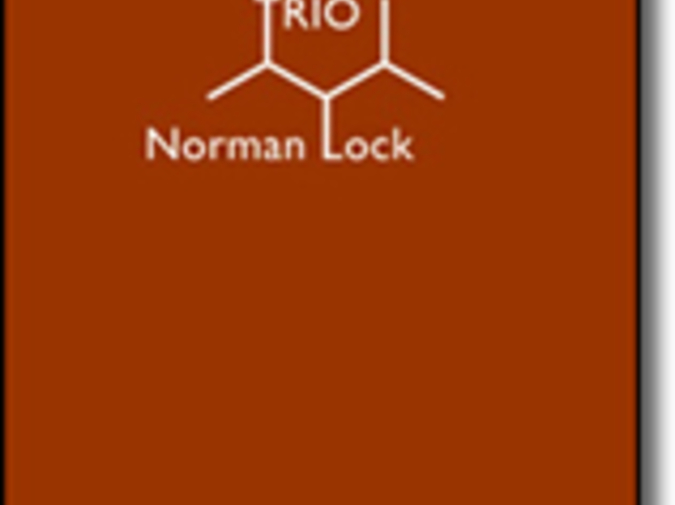 I see the dates on the work go from 1996-2004. Were these written one by one and then later compiled in a certain order? How did the construction process for Grim Tales take place?

The interval 1996 - 2004 refers not to Grim Tales, but to elimae: 1996, the year in which Deron Bauman founded his "electronic literary magazine," 2004, when Grim Tales appeared at elimae. Deron, together with elimae's present editor, Cooper Renner, and Kathryn Rantala, a Seattle-area poet and the publisher of Ravenna Press, established the short-lived Triple Press in 2005. Its first publication was my Trio, which contains the three short-prose sequences Grim Tales, Émigrés, and Joseph Cornell's Operas.Trio is now offered by Ravenna Press.

All of the Grim Tales were written in the space of about five months, not, however, in their published order. I cannot remember the impetus behind the work or which of the brief texts was the first to be written. My literary output, which spans nearly forty years, has alternated between the expansive and the compressed, enlargement and reduction, diastole and systole—to locate the rhythm in the body, which may—who knows?—be its ultimate source.

There seems to be a weird sphere of influences playing here, something like Bernhard (particularly the Voice Imitator), Grimm style fairy tales of course, perhaps some others I can't quite quantify, in the mode of creepy folklore. Were you intending to take and skew the fairy tale form with these? What influenced the way your approached each individual text?

Bernhard's The Voice Imitator was not an influence on the composition of my own tales; I have read only a few texts from that collection and those after having written my own "miniature gothics," as someone once called them. I can trace my fascination for the miniature and the gestural in prose to the work of Russell Edson and, more important to me, Enrique Anderson Imbert and his précises of the invisible and uncanny—his 1966 "Taboo," for example and other of his Situations published in 1966, in English translation, by Southern Illinois University Press, under the title The Other Side of the Mirror.

I had chanced on "Taboo" in 1968, in the marvelous Anti-Story: An Anthology of Experimental Fiction; that volume did as much as anything else to influence my career as a writer of fiction (as opposed to an earlier career as a playwright, which had its own set of influences, largely mid-century European experimentalism). Anti-Story can be purchased at amazon.com and at abebooks.com, and I recommend it to anyone interested in the varieties of international non-traditional writing at mid-century. That anthology, by the way, has a gathering of minimalist texts classified under the heading "Against Scale," prefiguring contemporary brief or flash fiction by three decades. The prose poems that I read in the seventies (and still do read), in Michael Benedikt's generous and comprehensive sampling—The Prose Poem: An International Anthologyâ€”has also had its effect on the "clenched" aspect of my fiction-making.

How I came to write my own brief fictions has as much to do with the necessities of my livelihood as my enchantment with Edson, Anderson Imbert, of Kafka, Juan José Arreola, Aleksei Remizov, Zbigniew Herbert, Henri Michaux, Géo Norge—the latter writers represented in Benedikt's collection. There have been times during my working life when the work or a lengthy commute favored brief compositions—those that I might hold readily in mind when the typewriter or the word-processor was unavailable for the mind's dictation. As if in compensation, the texts of Émigrés and, later, of Grim Tales came all in a rush—one, two, sometimes three in a single day. The problem lay in how to hold them back, for they were peremptory in their insistence that they be set down. Perhaps their impetuosity was incited by their source, that place in the mind where anxiety and mental disturbance hold sway—a place once tapped, difficult to staunch. The individual Émigrés pieces appear, to me in retrospect, to come from somewhere closer to consciousness, if not from the top of the mind itself: they are informed by narrative and formalistic concerns having less to do with the psychic tremors and terrors registered minutely by Grim Tales. The later work is more distressing for me to read, thoughÉmigrés disturbs by the degree and quality of its estrangement, whose enactments in the stories are very often brutal.

It was, as I said, necessary to check the flow of unsettling images and rhetorical violence of the tales, which would claim me with all the exhausting consequences of an obsession. In spite of the elegance of its construction and the distance which it achieves, Grim Tales is the enactment and depiction of my obsessions—flash x-rays of disquiet and dis-ease. A grand guignol in miniature. That I was able to write so many texts, in a relatively brief period, is a marvel not so much of literary as psychical endurance. If I sometimes hear voices, I heard them then—insinuating, seductive and, in some way, destructive. I would not wish to write more Grim Tales.Â

Your question concerning my intentions in writing Grim Tales in response to traditional fairy tales interests me, Blake; for I was asked, not very long after finishing the sequence, to contribute an essay to Brothers & Beasts: An Anthology of Men on Fairy Tales edited by Kate Bernheimer. Kate publishes the excellent Fairy Tale Review, in which several of the Grim Tales had appeared earlier. While I was not conscious of writing in response or relation to that genre of wonder, sublimation, and repressed instinct, I don't doubt that, at some level, my own sinister inventions were inflected by it. How could they not be in one whose imagination was aroused very early by fairy tales? And yet, as I said, I did not set out deliberately to produce a work commensurate with that other. To be frank, I do not know what I meant to do in the beginning when "the fit was on me," which is as apt an expression as any other for the helpless seizure of the artistic imagination. I did know that I was writing tales; tales—lengthy or short, expansive or compressed—are what I do write when I write. Even my stage and radio dramas have been theatrical equivalents of the form. I write not to reproduce the visible world but to reveal the invisible one—that is a fair definition of the tale, or so it seems to me. All that I do know is that the dictation commenced with a single tale, which was delivered suddenly and in its entirety, and continued until the voice ceased, having exhausted the material or the impulse from which it rose. Most of the Grim Tales presented themselves as finished pieces, requiring little revision; but this was often the case in the fiction writing I did until recently: regardless of length, I had the impression that I was bringing forth something that had an unfelt gestation in me—delivering a story that was very nearly finished. This is no longer the case: the writing I have done during the last two years has been painstaking and deliberate. What remains the same is my ignorance of what is to come. I begin often with a first sentence and grope my way forward, annexing from the silence and darkness a fictional life. But always the texts I have produced are unpremeditated.

There are lots of little quoted sections scattered throughout "like a cupped hand," "settling of accounts." Are these allusions, or just meant to cite sources buried in the material itself, ie: coroner's report, etc.

The quotations appearing within Grim Tales refer—or pretend to—an anterior source or commentary. They are a narrative stratagem whose purpose is to deepen the work, invoking a subtext unavailable to the reader.

I was compelled by the little meta-reference re: the apparently deleted section at the middle of the text, and then the soon after section: "He was one who was writing a book of tales. In the middle of his book, he left a note in which he confessed to all things—no matter how wicked or shameless—that were set down in the book, like fiction. In it, he mentioned lightly, as if wanting it to be overlooked, that at the end of his writing of this book he would write another, his last, in which he would disappear forever in a manner to be decided later." Would you speak to this?

I'm glad you were caught by this text, Blake. It is, for me, important. It insinuates me, slyly, into my own text—at its epicenter where it can comment on all that precedes it and all that remains to be read. While it observes the third-person viewpoint and preserves the distance so important to clarity and dispassion, it nonetheless serves as an admission: the writer of Grim Tales—Norman Lock—has made and will continue to make shameful confessions in his book. He also promises—threatens—to write another book into which he will vanish, completing the work of distance and retirement begun inGrim Tales. The book is the work of a reticent, reserved man who wants to confess his anxieties and fears at the same time that he wishes to disappear.

This notion of disappearing into a text is more, for me, than a metaphor for the act of writing or of reading, though it is that, too. As readers and writers, we do enter a space and time that are unique and, paradoxically, a space and time that bear relation to our own. The story's space and time are available to all possible readers and—at the same time—a preserve, a private enclave, a covert that an individual reader can claim to the exclusion, seemingly, of all other readers. The wish to enter is a kind of self-annihilation—an effacement and a suicide. (Art seems to me to be made only by the sick at heart. But maybe this is not a universal truth—let us hope it is not!) Increasingly, I should like to remain inside a story—its world; and I try in my thinking sometimes to approximate this condition of withdrawal, this transfiguration. (One can achieve it with music more easily.) Several stories I have written during the last year, including the most recent, "The Transfiguration of Alessandro Comi," are almost scientific demonstrations of an artist's successful entry into a text. The desire to enter the text—to vanish there—does account for the changed aspect of my prose style—from the limpidity of Grim Tales, Émigrés, and the fictions of A History of the Imagination to the impastoed, Mandarin, ornamental recent work. In "The Transfiguration of Alessandro Comi," I am no longer tentative in my intervention into my own fiction. In that story, I admit what once would have shamed me and defend what many might reject as a grandiloquent and encrusted style:

"It is untrue, Norman, what they say about my writing," he [Alessandro Comi] had remarked. "It is not a triumph of mannerism over substance. The manner and the substance, in my case, are identical. I write not to express but to hide myself. My stories are like the chambered nautilus' shell: an exquisite and impregnable refuge." A man not given to confession, his candor had taken me by surprise. His conclusion had been equally disconcerting, though its logic was as inevitable as it was tragic. "Like the animal inside, I am trapped in my own production."

Blake Butler is the author of EVER (Calamari Press) and the forthcoming Scorch Atlas (Featherproof Books). He blogs here.