An Interview with Jesse Ball 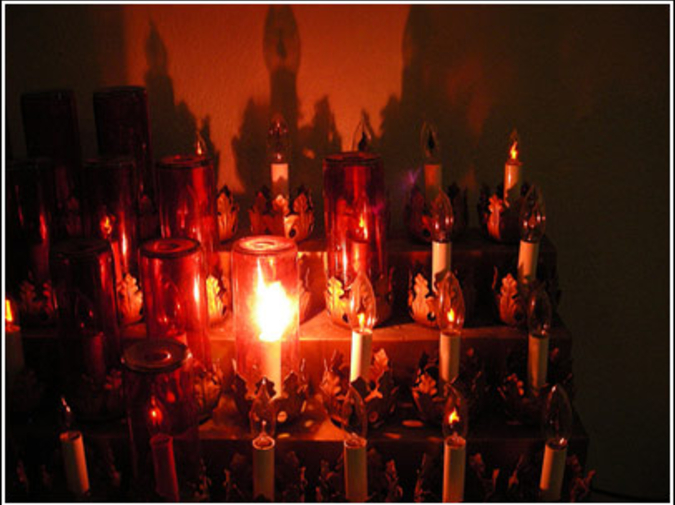 Samedi The Deafness, the debut novel from Jesse Ball released this September is baffling readers and reviewers. The novel itself is being described as a "mnemonist trapped in a sanatorium for chronic liars." Characters lie to one another constantly throughout, the stark pages alternate from lyrical prose, to sprawling dialog, to the actual notes the characters leave for one another in the sanatorium. It's a wonderfully inventive novel and, being so hard to describe, I decided to track down Jesse Ball to ask him to help me make sense of it. The interview took place at the end of September, via email.


I read somewhere that Samedi was written in a three-week period and that the novel is basically a first draft. In every interview and essay I've read authors tend to talk about the large number of revisions they do; the cutting of pages and the compressing of paragraphs, etc. I was wondering if you could talk a little about your revision process.

I find that the greatest part of revision takes place in my reading -- in what I read. A rigorous habit of reading, in that way creating an assembly of voices in the head, contributes to work that, when it appears on the page for the first time has, in that sense, already been heavily edited.

Also -- I believe very much in rendering ideas within a strict chronological frame. Referents and the meaning of words, the ways in which they tangle into each other and untangle -- it changes over time. If you write something over a short period of time, you don't face the inevitable collision of words meaning different things to you at the moment of a work's first composition and then in its later revision. This may seem like a minor concern -- but it becomes quite serious when you consider changing philosophies and ideas about life, and the manner in which a writer might be more insightful at the moment of writing than he/she is at the moment of revision.

Samedi I wrote straight through from the beginning to end. I knew the story -- I had seen it in my head, so it was a matter of properly and patiently putting it down.

I think people may find the work challenging or deceptive because it's such an imaginative work. One of my favorite parts is when James calls his wife to ask if he is in bed dreaming. It's such a creative and touching little scene with her describing to him what he looks like in bed. Then when James puts the phone down he tells an accusing maid that he wasn't speaking to anyone and that the phone is made of wood. What are you trying to do here? Would you consider sections like this and others surrealism?

I think sometimes delight is the major motivating factor in the movement of my text towards or away from surrealism. There has to be something gained -- always -- if ordinary anticipation is compromised. Otherwise, it would just be me being tricky -- which is useless.

In this case, I felt a joy in the moment as I was writing it. All of a sudden he had a wife, the entire backstory existed momentarily -- as happens sometimes in dreams -- and the world of his wife suddenly became the one in focus, the actual world, while the world of the verisylum, etc, forfeited its reality. But the onward motion of the stream, of the story with its demands, pressures, its own joys, drew us back out of that and onward. So -- then, it turned out it wasn't a phone at all -- not at all! He didn't have a wife. In this case, my hope is that I have been clear enough elsewhere that a moment like this can happen -- that I can be afforded the latitude to write in this way -- without slowing or making problematic the progress of the book. A moment like this is also -- character construction. You know James better afterwards, though in what way, I can't say.

As for surrealism -- or calling it surrealism -- I don't know. I would say my surrealism is more of a piece with folk-tales and mythologizing than it is with twentieth century surrealism. Dadaism, surrealism -- these are of course things with strength and integrity in their own right, but they are also responses to larger trends in art and literature. I find that I am writing out of a thousand year vacuum -- I am not trying to respond to current trends, or if I am, they are larger trends -- trends of human life and fear. Certainly I am not making any particular point, or trying to win any argument. As an example -- I am more interested in the current omnipresence of electric light and what that means about our understanding of darkness than I am about, say, politics. 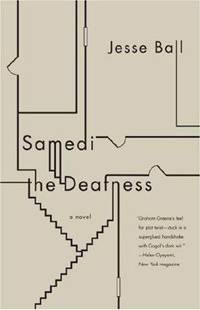 Both your previous books before Samedi -- Vera & Linus and March Book -- have strong fairy-tale/mythology elements to them. Will your next book be along the same lines? Or do you see yourself going off in a different direction?

I have finished actually, a large number of books, which will be appearing, I hope, over the next few years. Many of these do incorporate the fairy tale/mythological elements, although some do not. Beyond Samedi, Vera & Linus, and March Book, there are three more novels, two novellas, two books of short prose, two books of poetry and two children's books. These are all finished and waiting their turn.

Reviewers are always trying to compare a writer with another writer. But with Samedi, the comparisons seem to be all over the place with the one exception of Kafka. You've mentioned before he's an influence of yours and that The Castle is his best work. What did you take away from Kafka, and specifically The Castle?

Kafka's sense of what he's doing is tremendous -- it takes into account the minutest details. It's as though he's carrying the entire project and all its implications, carrying the whole thing the whole while the book is proceeding, and never putting it down. That makes possible dynamic shifts and collisions, because it's all as light as a feather. It's maneuverable. At the same time, it's chiseled in stone and sunk three feet into the ground. The enterprise has to be serious -- the ambition has to be serious. These are things I look to Kafka for. I do think The Castle is his best work -- but the work of his that I go to the most, that's his Diaries.

Something else I'm curious about regarding Samedi is your author photo. There have been some great literary beards in the past. The Hemingway beard, the Melville beard, the D.H. Lawrence beard, etc. But I can't quite grasp what's going on with yours. It's kind of a mustache (but shaved in the middle) and then part goatee or does if fully wrap around? Are you concerned that such a stylish beard may hurt your literary reputation in the long run?

Perhaps -- a beard that one might discover in Dostoevsky's Demons, a "plotting beard." Is the jacket photo true to it? Perhaps not entirely. A plotting beard dissimulates when photographed. The beard is not pared or trimmed-at, although the cheeks sometimes are shaved. The beard is a disadvantage in a fist fight, but advantageous when alone. The photo was taken in Iceland, at our home at the time, Eggertsgata 2.

You seem to know a lot about beards so it only seems natural to play what writer has the better beard. First up is a classic showdown. Melville vs. Hemingway. Two very different style beards. Your pick?

In that case, what about Tolstoy vs. Walt Whitman?

That is like asking me to choose between the needle and the thread. I won't. Both are perfect in substance and utility.

Fair enough. I think we've covered all the necessary talking points during this interview: revisions process, Kafka, and beards. What can we expect next from Jesse Ball? Anything you'd like to add?

As I said before -- there are many books already finished, awaiting their turns. Some of those will, I hope, surprise.

Thank you for your questions. 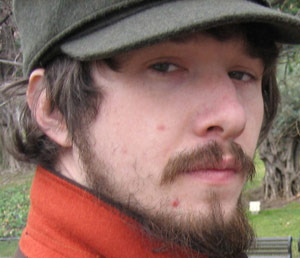 Shane Jones has had fiction appear in Hobart, Pindeldyboz, Monkeybicycle, and The Danforth Review. His poetry collection, Maybe Tomorrow is available from Boneworld Press. He currently lives in Albany New York.