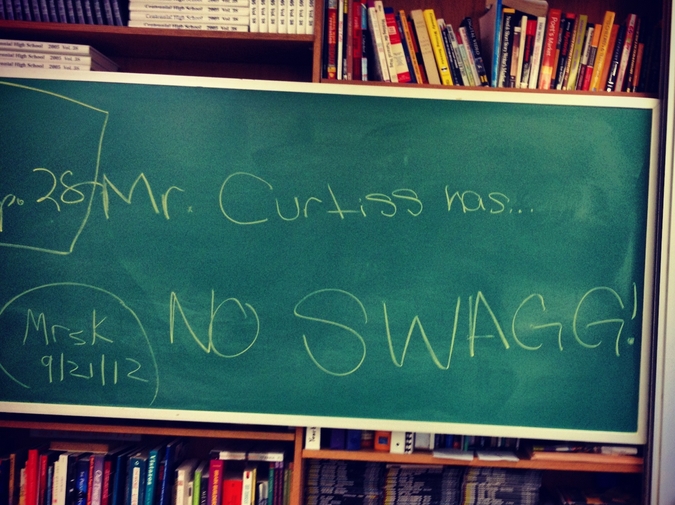 Where’s your leashed Toady, she said.

He had been looking at the bulletin board and so had not noticed her approach. A class in self-fulfillment was offered through the community college at the community center.

He had been reading a card about the class. So, if he wanted—why should he explain—why not just go ahead.

Pretty Boy, she said, had let himself go to hell.

Toady, he said. You have now, what, embraced the archaic?

Still, she said, trying to charm your way out of death.

All one to me.

Again she with some quote or half quote that flashed just beyond him. A strategy entire.

All this, he said, is of no moment.

I thought we were saying that.

I don’t think I thought we were saying anything.

What then, she said, some avian harmony?

Christ were bare, ruined choirs next?  It was not as though he were actually going to take the class.

Read a card and this happened.

So, to conclude, never read a card again.

You were saying something, she said.

Turns out, he said, the next big thing, you know, after robotics and all that, is the time machine. You know, travel in time.

Don’t you think, she said, memory is more than enough?

I’m not sure what enough is.

That does not surprise.

I’ve been told, he said, you can make a house out of magazines. Roll them up and seal them in something and stack them up in a grid formation. There are supports, of course. Has to be a framework.

Is there a class for that, she said.

Greg Mulcahy is the author of Out of Work, Constellation, Carbine, and O'HEARN.