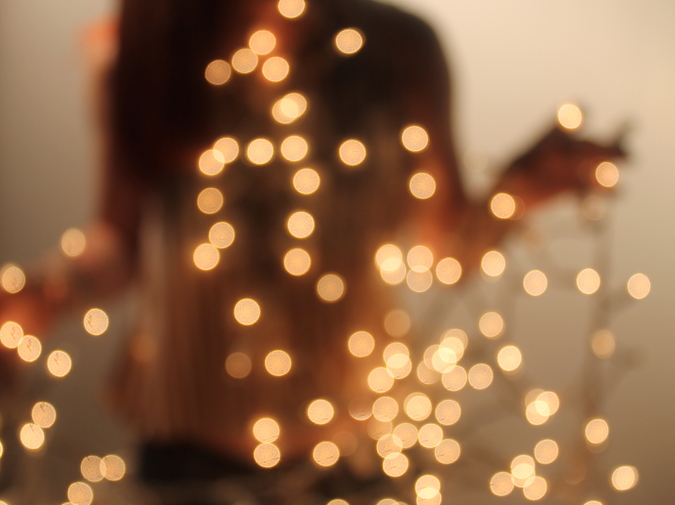 A panel of grandfathers lived in the girl like a Greek chorus. One day she woke and they were building themselves bleachers. After that they didn’t do anything. Tired, they complained. They shouted commentary about her choices while they popped cold beers. They cracked themselves up sometimes, especially when the girl tried to do something, anything. They’d tease her about her hair and butt and forget it if someone took interest in her. They’d be relentless about the suitor’s skinny legs or blank stare or intelligence quotient. They liked the girl to keep still so they weren’t jostled. If she kept still enough they could grow quiet and take in the scenery, frowning.

The girl at first tried to get them to leave by brute force, that’s it! She shook the benches to annoy them with rattle noises. “Ah look at this,” they laughed, “The little weasel is showing her muscles,” and another one chimed in, “Have you been skipping the gym? You’re looking a little droopy.” So she stole his jacket. The grandfathers weren’t very strong. She stole all of their jackets. They shivered and stared at her like wrinkled chimps. She held her ground for as long as she could.

She tried trickery next. She told them she knew of another young woman who loved to house grandfathers in her. She handed them pamphlets about how very still this other girl sits, how much Carnation Instant Breakfast she drinks, how often she reads the newspaper. She drew pictures of the imaginary girl’s weak limbs. At first the grandfathers’ eyes sparkled with interest. Then one asked, “Well, where does she live?”

“Oh, just up the way!” the girl answered.

“How will we get there?”

“Walk?” Sniff. Sniff sniff sniff, down the line of Grandpas. Then laughter. “Walk!”

She knew she would have to try charm. The problem was the grandfathers had thinned her self-esteem. She was a waify wafer of a girl after all she had put up with. It wasn’t easy hosting all these old men! She went to the store to find a dress. Outside in, she thought. A sales associate asked her if she needed help, and she began to cry. The grandfathers were annoyed at all the jostling. The sales associate too, was alarmed. The girl told her she needed help becoming as beautiful as she could. The sales associate had her doubts about the skinny young lady with the emotional display and stringy hair, but she knew an easy sale when she saw one, and besides, they were running a special. “We’re running a special,” the sales associate said. “Today is your lucky day.”

Hordes of sales associates flocked to her carrying tea and rouge and brushes. They spritzed her and put stinging lip fatteners on her. They strapped shining leather boots on her, and wrapped her in cashmere. All the while the grandfathers shouted and sneezed. They teased her for looking like a clown. But even the grandfathers had to admit that when the sales associates were through, the girl looked pretty good.

They charged a lot of money, but this was fine with the girl. She paid and walked herself and the grandfathers into a bar. “It’s loud in here!” they complained. She shushed them with three shots of scotch.

Several men stared at the young woman as she walked onto the dance floor. She made sure to only curl the corners of her mouth slightly at them, while keeping her face mostly deadened and mysterious. She thought about how this was too easy, why had she forgotten how easy this was? One by one, she asked the grandfathers if she could have this dance. She asked in the old fashioned way. Their wrinkly faces blushed, even the brown ones betrayed a little red. It had been years since they had swayed to music. They resisted at first but soon the songs melted them and they rocked in place on the bleachers with their arms reaching off into the air. They imagined a form like the one they inhabited.

The girl made a request to the DJ, and her gracious swaying turned to thumping. Sweat stuck her skirt to her skin, her hair to her neck, and streamed. She stomped and stomped in her boots until her feet were bloody and the grandfathers were heaving and the bleachers broke. She ignored their screams as she turned inside out. It felt like plopping babies in a certain way, if babies were splinters and as long as a grandstand. The grandfathers slipped down her sides and clung to her feet. She kicked and kicked their sagging cheeks. They were a heap of broken bones and perspiration when she’d finally spent all she had. Other dancers were shouting, “Yeah girl.” She walked out of the bar and inhaled the night alone - aside from the crumpled faces trailing behind her every step. She was exuberant. She’d rather drag their jingling corpses across dirty sidewalks forever than to hear another word.

Unfortunately they still managed to form words from their busted lips. They were difficult to understand, and so demanded even more attention from the girl. Her curiosity kept getting the better of her. The rising moans from the rattling grandfather pile trailed her like a smoking tail when she walked to class, to work, to the gym - puff puff puff ugly puff puff fat puff dumb. Furthermore, the broken bleachers lining her insides would get a chill in the evening. Frozen bleachers do a number on the stomach, lungs, and heart, especially when the edges are crackled sharp. She couldn’t expel the planks, however hard she danced, however hard she bore down on her diaphragm. The painful steps lived resolutely inside of her, a gravesite shaped like a pointed frown. She heard laughter behind her.

She thought she knew what she had to do. “Come on,” she said. “In you go.” One by one she took them back inside, placing the grandfathers’ shattered bodies onto the split bleachers. She balanced them on the far sides so that their weight held the fragile center of the construction together. For fun she shaped their skeletal frames into a tableaux of famous images such as The Thinker, the three monkeys who avoid evils, even Jesus on the stake.  She noticed a few of them sneak smiles. She should have known that she’d made yet another mistake. From then on they were terribly quiet. She couldn’t get a sound out of them if she tried, and she did. Their mockery was so complete; they had no need for words.

Jessica Richardson is earning her MFA at the University of Alabama where she’s working on a novel about brains and stories about bodies. Her work won an award from The National Society of Arts and Letters and has appeared in Double Shiny, Zine Scene’s The Reprint, and We Are So Happy To Know Something, among other places. She's from the Jersey Shore, and no, it isn't like that, and yes, it is.