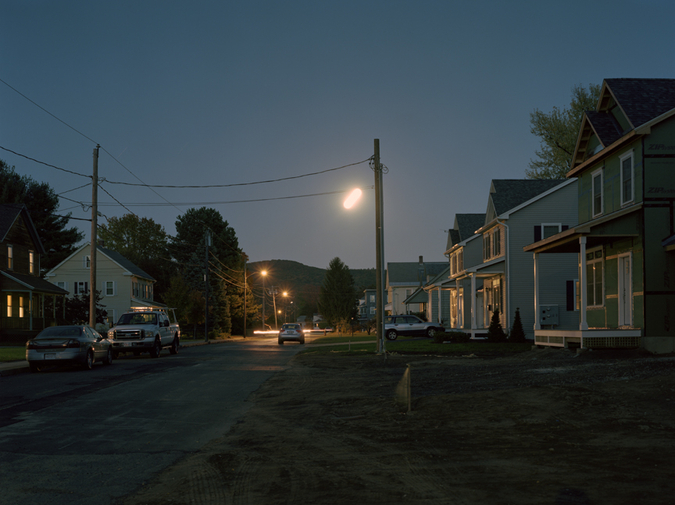 After Michael Sam was cut from the St. Louis Rams, I found myself thinking that he had come out too soon. He should have waited, maybe until after he was made the 249th selection in the 2014 NFL Draft. He should have waited, maybe until he had completed a season, until he was a proven quantity in the league. He should have waited, maybe as I have waited: for the right circumstance, the right occasion. But I know better. There was no right occasion or circumstance for Michael Sam, a 24-year-old gay man, to come out under the pretense of; I know this, and am ashamed that despite knowing this I still find myself mentally authoring a career for him that assumes he stayed in the closet. I do this selfishly, I know, but also on the heels of reading an ESPN article titled “Michael Sam works hard on practice squad.” Has any rookie on a team’s practice squad been subject to such scrutiny? Have any been faced with national news outlets checking in on their progress though they sit on a bench far, far removed from the bright lights and endless cameras of a Sunday NFL broadcast? No, but no football players have been in the position Michael Sam put himself in by coming out before the NFL Draft, no player in league history has been visibly gay. For the rest of Michael Sam’s football career, be it one year or ten or longer, he will play as a symbol: The First. I found myself thinking that I wouldn’t wish the life of a symbol on anybody.

After Michael Sam was cut from the St. Louis Rams, I put aside my desire to buy his jersey from the NFL’s online store. In the summer between Michael Sam’s selection in the NFL Draft and the day he was cut, his jersey ranked as the second most popular of all rookie jerseys, behind only Johnny Manziel of the Cleveland Browns. Consider that, for a moment. Johnny Manziel was drafted 22nd, he won the Heisman Trophy in college and goes by the name “Johnny Football.” Michael Sam was drafted 227 selections after Manziel, eighth-from-last. In football, the player selected last in the draft goes by the name “Mr. Irrelevant.” Michael Sam was never going to be irrelevant, but to have his jersey sell that well? Unprecedented. Only it wasn’t unprecedented. When Jason Collins, a marginal NBA player negotiating free agency, came out as gay on the cover of Sports Illustrated’s May 2013 issue, his jersey began to sell, too. Almost like there are gay sports fans. Almost like those gay sports fans enjoy spending money supporting gay athletes. Despite this, Jason Collins was not signed to another NBA contract until February 23, 2014, fourteen days after Michael Sam came out publically on an episode of ESPN’s Outside the Lines. The National Football League is a business, and good businesses pay attention to things like cultural moments. When Michael Sam was without a job, the NFL called some of its other teams to gauge their interest in signing him to their practice squad. They did not do so on the behalf of hundreds of other football players who were unemployed to begin the season. Like the success of his jersey, the NFL’s intercession will always be part of this story.

After Michael Sam was cut from the St. Louis Rams, a straight man told me that I knew nothing about gay culture. He was a stranger, but the two of us were arguing because he had written on a friend’s wall that “Eventually somewhere, sometime these athletes are going to stop being boastful about everything in their personal life.” He said he didn’t care if Sam was gay, only if he could play the game. Michael Sam was named the SEC’s defensive player of the year. He was taken in the NFL Draft. He looked good in pre-season play. I suspect this stranger, this friend-of-a-friend, may not have been truthful in stating his lack of care that an NFL player, a man, could be gay in the public eye.

After Michael Sam was cut from the St. Louis Rams, it became a shockingly common line among straight men (who had no interest in Michael Sam’s sexuality), that he should have, in the words of another Facebook friend of mine, kept his head down and his mouth shut. Always these same two lines about Michael Sam:

1. That he was a marginal player with no hope of anything like real success in football.

2. That he should have kept his head down and his mouth shut, humble to the end. Maybe then he would have made it.

To my friend I said nothing (there are many friends I have said nothing to about myself, so this cowardice is nothing new), but to the stranger I let it all out, really tore into the motherfucker. “We aren’t bragging about our orientation,” I concluded. “We’re asking society to let us live.” He responded by asking for a specific instance when society had denied me that opportunity.

After Michael Sam was cut from the St. Louis Rams, there was suddenly an “us,” meaning “me” and “the gay community.” This was not something I felt comfortable with until my 26th birthday. In college, I was a Catholic. I went to Catholic school. If nothing else, I knew what it meant to deny myself. I was gay and I was Catholic, and there was a tiny group of gay students and allies that met once a week in a room tucked away in the student resource center. This group was sometimes the focus of angry letters from one member of the alumni or another, who thought it horrific that his or her alma mater would allow the seven or of us in that room a space to gather in. We were too boastful. Or rather, my friends were too boastful. I went to those meetings under the guise of being an ally because I had denied myself for so long that I had no means of expressing what I was. When I tried, I failed. When I tried, once, in the passenger seat of a car in an Applebee’s parking lot, the driver laughed and asked if I’d ever thought about sucking his dick. I went back into the closet for four years. There was no “we,” no life, and then there was.

After Michael Sam was cut from the St. Louis Rams, I had to admit to the stranger that he was right, that I knew nothing of the gay experience. I had never lived in San Francisco or the Village; I was always in the wrong place. This generation of queer, the one that I belong to, has had its share of triumph, but no moment of cultural significance quite like Stonewall. We have known tragedy, but many of us are so young that AIDS is a thing that happens in movies, in the time before we were born. This is what we are told, so when we march, it is for words like tolerance and equality, not survival, and we ask for them like they are the terms of our surrender. Let us marry. Give us status. We want to be like you. We are thankful for how much things have changed. We mostly keep our heads down and our mouths shut. When Michael Sam came out on ESPN, he said he was happy to be a gay man. Fred Rosser III, who is a professional wrestler, said the same thing to the cameras of TMZ, and Jason Collins to Sports Illustrated. If things are so much better, why do gay athletes have to reassure the straight audience of their happiness?

After Michael Sam was cut from the St. Louis Rams, he was signed by the Dallas Cowboys. Now he trains every day in their practice facility, waiting until the Cowboys decide his services are needed on the main roster. When Michael Sam is asked a question about his sexuality, he says that his focus is on football. He means this, has nothing further to say on the non-issue of his sexuality. Since he has nothing to say, reporters hope that other players will gossip about what it’s like to work out with a gay man, run drills with one, eat with one, shower with one. These are subjects of discussion for the straight audience that loves to talk about Michael Sam, but they are not things Michael Sam can talk about lest he be labeled a distraction, the worst thing a football player can be. Michael Sam is not a distraction. He is a football player. He keeps his head down. He keeps his mouth shut. He waits, patiently, to become the first openly gay NFL player on a roster, the first to play a game, the first to start a game, the first to accumulate stats. Mostly, he waits.

After Michael Sam was cut from the St. Louis Rams, I made a point of watching the video of his being drafted. On YouTube, the video is 1:49. Michael Sam, standing next to his boyfriend, receives a phone call. He answers it, knowing what the call is about, and begins to weep. “We’ve seen this over and over again from so many players” the ESPN analyst says, which is true except that, for the first time, another man clutches the young man’s arm, another man kisses him, another man shares his draft day cake. It’s true except that we have never seen this before, and likely won’t again for some time. The video concludes, and YouTube suggests the following: “Father of Michael Sam struggling with news son is gay,” “Michael Sam’s boner at the NFL combine,” “St. Louis Rams Cut Michael Sam!” I choose to replay the video of Sam being drafted. To see him weep again. To say “yes sir, thank you.” The kiss, the second kiss, and those gathered in his living room, applauding. The video ends before he gets to eat his cake. It always ends before he is cut.

Colette Arrand lives in Athens, GA, where she is a student at the University of Georgia. Her work has appeared in The Toast, The Atlas Review, CutBank, and elsewhere. She tweets about her websites and unending sadness @gh0stplanet.