Advice to Someone Listening to Bruce Springsteen’s “Glory Days” 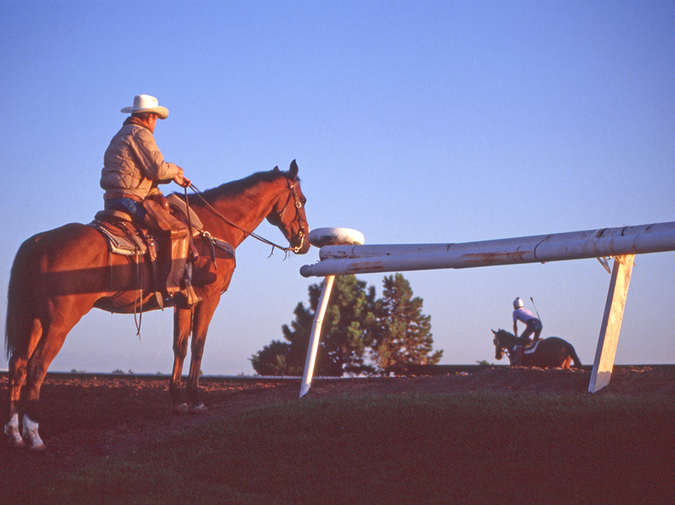 This wiry kid at the pre-fab skatepark gave me two bags of plain Lays out of a plastic grocery sack.  His dad was pulling into the gravel parking lot in an F-350 to pick the kid up and he looked worried and said that he “was supposed to have ate them."

“What am I supposed to do?” is a question that doesn’t see a lot of straightforward responses.  Eat potato chips, though, is a pretty solid answer, among others.

I've skateboarded off and on for over ten years and have never really gotten any better.  Three or four "tricks" on my CV.  Most of the time I'm trying to regain or sustain where I was at when I was 17 years old.   And that's fine. My friend once told me that all his best drawings, sketches, whatever, were done when he was ten.  His mom found an old shoe box or something full of his portfolio from that time, rescued it from a Pennsylvania basement.  He showed me the drawings and he was right, that shit was great.

When I was ten or so me and my neighbors used to build tree-houses in the mud pit of a creek that ran through my parent's subdivision. We would walk or bike down to the path that ran adjacent to the trees and little bit of water and sewage drains.   Usually in the summer time, which in Nebraska is hot hot hot.  It was a bit of a walk for lazy ten and eleven-year-olds.  We'd have to go downhill through the neighborhood and then take the walking path for probably a mile either direction until we felt we were in a spot far enough from civilization to warrant a tree-house.

So, we'd be pretty far out when we'd hammer all these boards into trees to make a little perch to sit in.  Sometimes a rope swing. We were emulating what we thought a tree-house should look like. We’d just take wood and supplies from construction sites nearby.

On one particularly hot day I had forgotten to bring something to drink when we had gone down to the creek to steal wood and build tree-forts.  One in every three lots in the neighborhood was a house that was still being built. All of the house guts would just sorta be piled around while everyone was waiting for the go ahead from the couple from Kansas to get started.  No one ever said anything, and we were doing it in broad daylight, making three or four trips back and forth in a row. On one of our trips to the block of half-built houses I saw a full Gatorade bottle lying next to some metal washers.  I was stoked, I loved Gatorade.  I picked it up and drank about a third of it before spitting it all out.  It was hot as soup, which I was ready for, but real salty and frothy, too.

I forgot all about it until way later in life when someone asked me straight up, "Have you ever drank piss?"  We were playing a game of truth or dare with more complicated rules to help you forget you were twenty years old and playing truth or dare.  My knee jerk reaction was to say no, but then I remembered all about that Gatorade bottle and boiling hot construction sites and walking through half-finished family rooms.

I know that some things you do when you are a little kid will be the best you ever do.  That kid giving me those chips, my skateboarding, my friend's drawings unearthed from a Pennsylvania basement.

I work with a woman whose son was a high-school football star until he busted his knee and got hooked on Opioids.  He's clean and out of prison now, though all he can ever talk about is how big pharma ruined the only thing he ever had going for him.

I wish there was a way to address all our past selves of yesteryear.  Is there a mailing list out there for this sort of thing?  To all the now broken-down sports heroes, to all the desperately lonely Rite-Aid employees pining over a lost love. What are your email addresses?

I'm drafting a letter in my head.

I want to be sincere.  I want to tell you that what’s-his-name doesn't hardly think about you anymore, I want to try to convey how little your high-school football career matters.  I want to break it to you that you’re not getting any better at skateboarding and I want you to keep on at it anyway.  And I want that to make you smile a big toothy grin.  I want to tell you the movie of your life has an infinite number of potential climaxes that you have yet to get to.  I want to do all of this without writing about a proverbial horse.  I want to invite you to come out with me.  To bust our knees before the big game, to lose the loves of our lives (again), and to drink a Gatorade bottle full of piss.

It’s going to be okay.

Mark Johnson is an Omaha native temporarily residing in Charleston, West Virginia. He is the author of Swedish Fish and the Oofda Shtick, a collection of drawings and phrases.  His writing has appeared online in Faded Out.   He holds an M.A. in political science from the University of Memphis.  If you visit Omaha, he'd like you to try Zio's chicken pesto.