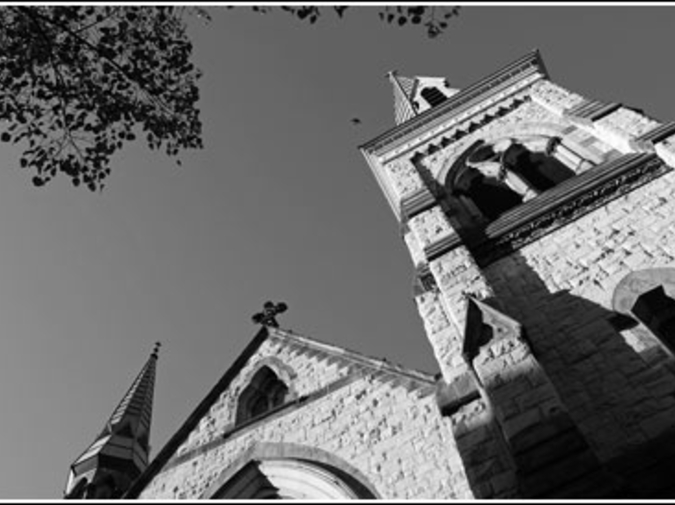 A cheap leather coat K’s father lent me when we were visiting and the weather turned cold. It had belonged to his brother, a cop, but had never been worn because the brother, as K’s father explained, died within a month of their getting back from Mexico, where it had been bought. K looked tired when I slipped the thing on—sheeny brown, belted, lapelled. “It fits,” I said, smiling, but she was looking out the window at the sleet, as if she was no longer interested in me. This was not so. Who would be snuck down the hall to her little-girl bedroom later that night?

Hoop earrings, gold, which S removed for safekeeping the night we pitched my tent behind a rest stop off I-80, I think in the state of Illinois. Later, with A, I found them in one of the mesh bags hanging inside the tent. We were camping outside Houston while we looked for an apartment. It was summer and hot. I considered leaving the earrings where they were in hopes of A discovering them and having to value me more. They called to me, though. I licked them and wiped them in my shirt. I worked them into a pair of ridge piercings.

A 1946 Vassar College yearbook, heavy as stone. Among the sophomores, on page 108, N’s grandmother appears. She’s a beauty, as N used to like to point out: the long neck, not sloping from the vertical; the small lips—subtle conductors, they seem, of all sorts of unconfessed life. Sometimes I turn to that page and feel dwarfed by the history. How many years of privilege and breeding were amassed in the making of this girl? How many more would be put into the making of N, a beautiful girl in her own right, though afflicted with stances and moods?

Rubber-soled corduroy slippers, size ten, which C used to leave by the door of her hut near the beach in Santa Cruz. “You’re supposed to leave work boots out, aren’t you?” I said. “Something more menacing?” C laughed, which she didn’t do often enough for somebody who was lighthearted. “Are people supposed to picture bald shins?” I went on. “He might beat them with the morning paper? Is that it?” We laughed. Then I started wearing the slippers around. They’re burgundy. They fit.

A waterstained paperbound copy of Weber’s The Protestant Ethic and the Spirit of Capitalism, which O read during her first year in grad school. For a while I resented in O many things, among them her foresight in removing little by little, over a span of days, all that she knew she wouldn’t want to have to go back to my place for later. But she missed something. Weber. I flip through its pages and here is her hand—her gentle, unclosed a’s and o’s. Here is her voice. Credit = Worthiness. Environment? Annoying! Power of church.

Scott Garson's fiction has received awards from Playboy and from the Mary Roberts Rinehart Foundation, where it was selected by Edward P. Jones. His stories have appeared in the New Orleans Review, Puerto del Sol and other journals. He teaches at Santa Clara University.