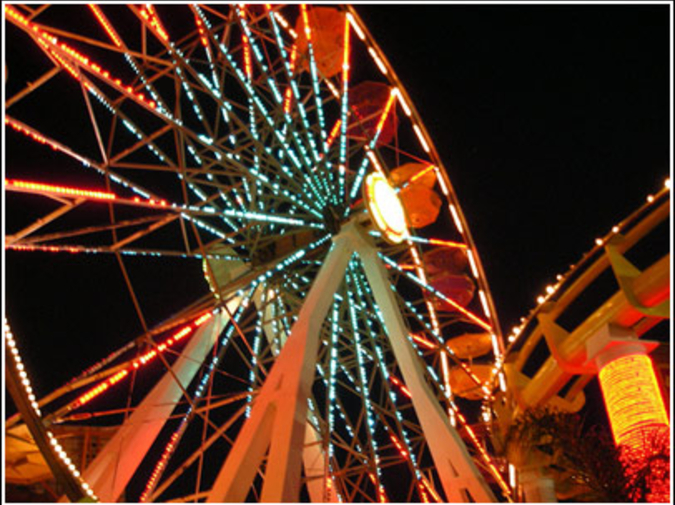 In May of 2003 there appeared, in a small corner of the internet, a literary webzine called "Pindeldyboz."

Whitney joined the magazine after it had been founded by Jeff Boison, an editor at Random House who, apparently like Whitney, loved short stories and wanted a time-consuming hobby.

Out of these unlikely beginnings was Pboz born. Its mission was -- let's not pull any punches here -- to do what every other small literary magazine tries to do, namely, to publish really great stories.

But the thing about Pindeldyboz was, it actually lived up to that ambition. When you visited Pbozon the web, or grabbed a print issue from the magazine rack, you invariably found stories that were moving, amazing, eloquent, and weird.

Whitney has a keen eye for beautiful things, and on the strength of that talent Pboz became a great little magazine. It had the energy and fire of a cool mix tape, the kind you get from a friend, with music you've never heard by bands that haven't been signed and maybe never will be.

Pindeldyboz published six print issues and, somewhere along the way, its editor in chief became an actual professional writer. Whitney freelanced for the New York Post, and magazines, and then landed a job with a glossy magazine that covers the entertainment industry.

This month Whitney moves from New York City to the West Coast, to work in Entertainment Weekly's L.A. offices, and she's announced that the seventh issue of Pboz will be the last.

Which makes us sad.

So, to celebrate the end of the print version of Pindeldyboz, and to mark the passing of a small era in the history of basement publishing, we at the web version of Hobart asked Whitney if we could illustrate this month's stories with some of the photos she's taken on her travels. We got them from Whitney's Flickr page. We hope you like them.

It's our small way of thanking Whitney for the home she gave to so many wonderful stories that otherwise might not have seen the light of day, but it's also our way of illustrating something about Whitney:

That, in addition to having a way with words, she has a great eye. She can pick the beautiful thing out from its ordinary surroundings every time.

It sounds like an easy thing to do, but it's a rare talent. And Pindeldyboz was so, so good precisely because Whitney has that talent in spades.

Good luck, Whitney. We have every issue of Pboz on our bookshelf at home. And we're never throwing them away.