A Phan's Notes: The Twilight of Roy Halladay 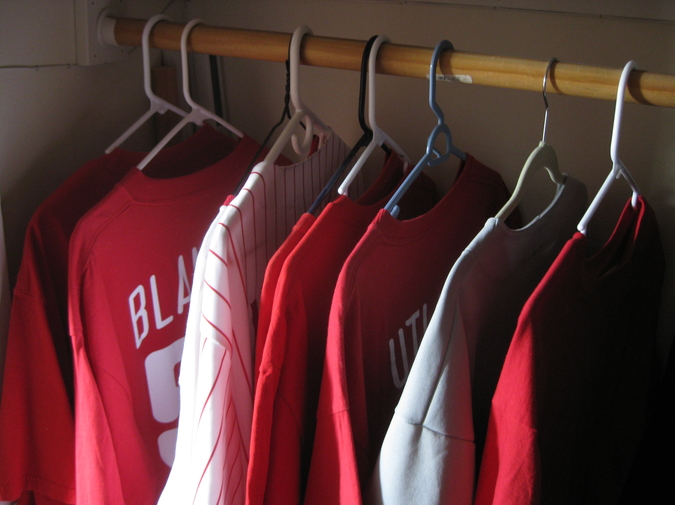 I’ve resolved this baseball season to watch every game played by my favorite team, the Philadelphia Phillies, and to send periodic dispatches to our faithful editors here at Hobart.

This resolution, like most of my resolutions, came about for reasons manifold and arbitrary. I live in Albuquerque, a place once described by a perspicacious former student of mine as a province of despair. (As I write this, a windstorm rages outside my window, obscuring the horizon with dust.) While I’ve taken to using the phrase “moved to Albuquerque” as a synonym for somebody dying, a more charitable critic might simply observe the dearth of entertainment options in the Duke City. I would support our Triple-A franchise, the Isotopes — they have a magnificent ballpark and got their name from a Simpsons episode — if they weren’t a farm team for the fucking Dodgers. Otherwise, as far as I can tell, you either play soccer or buy a lowrider.

To compound the boredom issue, the job I moved here for leaves me a lot of free time, especially in the summer. That’s a good problem to have, unless you spend that time checking Goodreads to see if anyone’s reviewed a galley of your forthcoming book. My first book, a memoir — the content of which I’m loath to discuss here, for reasons a Google search will reveal — comes out in August. I often claim that prospect excites me, but in fact it fills me with an ineffable sense of dread.

In other words, I need a distraction, so I plan to watch a lot of baseball this summer. I won’t be able to watch all 162 games in their entirety, and certainly not live; indeed, in the first week, I’ve yet to watch a full game live, due to work and leisure conflicts, which perhaps speaks to the strength of my resolutions. But the luxuries I allow myself these days include a cornucopia of sports-viewing options: DirecTV with a DVR, an mlb.tv subscription viewable on five different devices, and a line item in my entirely hypothetical annual budget allowing for at least one trip to see the Phillies in person. So I should have access to every Phillies game in some form, live or recorded, on television or computers or my smartphone. Unless they get blacked out when they’re in nearby markets — Arizona or Denver — in which case, I guess I’ll just make the drive.

I’ll spare you most of the backstory behind my Philly fandom, save for a few facts to affirm my credentials. I was born in North Philly nine months after the Phils won the 1980 World Series. I wore Lenny Dykstra’s number four in Little League, although my pleas that my teammates call me “Nails” fell on deaf and mocking ears. I once named a dog Dutch, after Darren Daulton, the former Phillies catcher (like its namesake, that dog went batshit crazy in its old age). I own ten Phillies-related shirts – including perhaps the only Joe Blanton shirsey ever purchased at full price – and four hats. My favorite person on the face of the earth is a short, ebullient Panamanian catcher who’s currently suspended for amphetamine use. Which is all to say that I’m not one of the bandwagoners who showed up after that glorious Fall of 2008 when my Phillies won the World Series. (I dropped two months’ rent to attend Game Four.) I’m a diehard.

But enough about me. I want to talk about Roy Halladay, erstwhile ace of the Phillies’ pitching staff, and the topic of considerable debate heading into this season. Once widely considered the game’s most dominant hurler, Halladay has seen his brilliance wane over the course of the last year. I won’t bore you with the statistical evidence except to say that it exists. I’m more interested in the personal angle: How a great man handles his first intimations of mortality.

And, while I generally try to forego the exaltation attendant to so much writing about sports, Harry Leroy “Doc” Halladay III is truly a great pitcher. Again, I won’t bore you with statistical evidence for his greatness except to say that he is the active leader at his position in Wins Above Replacement, a sort of omni-statistic that quantifies a player’s value to his team; to wit, he’s been the best person alive at the job he does for as long as he’s been doing it.

At six-six, two-thirty-five, Halladay fits the fireballer mold, a rangy redheaded righty so competitive he’s nicknamed after a homicidal dentist. Still, if you watched him from afar, he might seem pedestrian. Doc distinguishes himself not by mechanics – his motion has neither the torque of a Tim Lincecum nor the liquid efficiency of a Mariano Rivera – nor by velocity, at least not since his flamethrowing youth. He doesn’t throw a baseball particularly fast; he throws the ball hard. Effort is Halladay’s hallmark. Teammates laud his work ethic, crack jokes about his fervid muteness on days he’s slated to pitch, almost invariably describe him as a warrior.

But as he approaches the age of thirty-six, Halladay’s labors, like those of all heroes, have taken on a tragic cast. The tragedy in his case is a sublime talent sapped -- by a balky lat, fraying ligaments, fifteen years in the majors – and substituted with grim, professional competence. Again, the casual eye might not catch the difference: same motion, same mien. He still pitches with all the florid intensity of a marauding Scot. Only the results have changed.

Have they ever. For the first time in a decade, he didn’t start Opening Day, the slot traditionally reserved for a team’s best pitcher. His first appearance came in the Phillies’ second game, in Atlanta, against the rival Braves (who, in order to avoid the repetition of their racist mascot, will hereafter be referred to by their rightful name, the Barves).

Halladay fanned the first batter on five pitches, the last a tumbling changeup he flailed at and missed. Doc betrayed no emotion, but the Phillies’ announcers began to squeal, and I sat up straighter on my couch. We were all thinking it: He’s back. Then came a broken-bat single to right, the sort of bad-luck hit Halladay would have pitched around in his prime, but has led to so much trouble of late. Justin Upton stepped to the plate, the prize of an offseason trade playing just his second game as a Barve.

Upton is a dangerous but undisciplined hitter, the sort of free-swinging young slugger Halladay would have once felt it his duty to educate. He tried to do exactly that, sneaking a pair of fastballs by him to go ahead 0-2. Things went south from there. Upton fouled off two breaking balls and watched a third sail wide. The catcher called a low fastball, a dubious decision in that situation, one you’d expect a veteran like Halladay to overrule. But he threw it, and it stayed up and over the plate, and Upton dutifully hit it out of the ballpark.

Doc turned to watch it fly. The camera cut away, but later showed his reaction in slow-motion, and it was a moment right out of a hackneyed poem: The dying of the light. Pitch, swivel, watch, and for that moment, before even he had to look away, I saw something like a prayer in his eyes.

That turn may seem an expedient metaphor. As he turned to watch that homer, so too did his fortunes turn. The sports media began to turn on him; the Phillies’ soporific booth now says his name like a dead relative’s, and the next day ESPN’s Jayson Stark ran a column quoting a scout saying Halladay just wasn’t the same guy anymore. The Philly fans haven’t turned on him yet, not like they did with Schmidt and Schilling, not even after Roy got rocked again in his second start, at home, by the moribund Mets. But it’s only a matter of time.

After the Upton homer, in the ensuing half-inning, Halladay came up to bat with a man on third and two outs. Of the great pleasures I’ve taken in watching Doc play for my Phillies – the playoff no-hitter, the perfect game – the simplest is watching him hit. He spent his first twelve professional years in the American League, where pitchers are rarely called upon to bat; he had just 41 career plate appearances before coming to the Phillies in 2010. But since his move to the Senior Circuit, he’s hit .142, passable for a pitcher, slightly above average.

Which is not to say he’s any good at it. Halladay’s a miserable hitter, wobbly in the box, lunging at the ball. The results are average simply because he refuses to be bad. Even after he struck out on four pitches, stranding the runner, you could see how much he’d wanted a hit in the way he stared at the bat, baffled and enraged, as if planning to use it as kindling in the pitcher’s funeral pyre. You wonder if he might be a better hitter if he didn’t try so hard; most pitchers just try to make contact, but Halladay swings viciously. Effort is the only approach he knows.

Only that inhuman drive gives me pause to speculate on his decline. He’s not as consistently great as he once was, but I suspect his brilliance has some blazes left. As I write this, after the first week, the Phillies are 2-5 and have shown no indications of competence, much less of becoming a competitive team. They certainly don’t seem capable of giving Halladay his ultimate boon, the World Series title he came to Philly to win. His current contract expires after this year. It’s hard to imagine he’ll be re-signed, assuming he doesn’t retire. Still, one hopes our hero Harry Leroy is called upon at some point this season to take the stage in a climactic moment, to prove his detractors wrong. The man deserves a heroic exit. And while few men get what they deserve, in sports or in life, anyone who’s watched Roy Halladay knows one thing: he will not go gently.

After the game, standing amid a horde of reporters in the locker room, a subdued Halladay shed his usual reserve. He claimed his problems on the mound were mental, waxed philosophical about failure, cracked a self-deprecating joke. He said he would overcome his recent struggles, and, in a telling bit of candor, Doc gave his diagnosis: “The more you want it, the harder it is.”