A Good and Hopeful Man Leading His People Forward 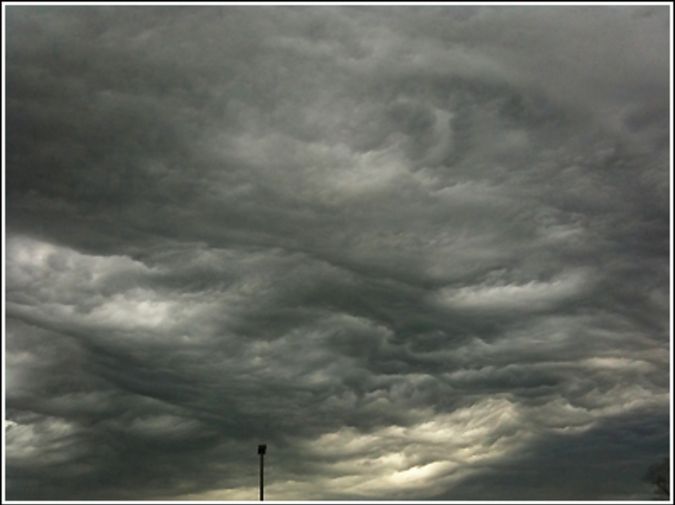 The Mayor, after several days of grieving, emerged from his hacienda at the hour that was once called lunch. He passed his guards, then slowly—laboriously—carried his voluminous frame through the streets, stopping at the square's one remaining café and ordering a well-cooked steak. The sun glared down from the cloudless sky and illuminated the Mayor, capturing him in full as he spread himself across a stool and held his knife and fork in a rehearsed display of indefatigable hope. There was still meat, he wanted the people to see. There was still a mayor. There was still a town, present and alive in that square.

The owner of the outdoor café, being unsettled by the Mayor's appearance, fumbled with the wrappings around an aged cut of beef, drawing enough attention to the Mayor to attract a few of the men and women who were wandering the square. They gathered in a kind of crescent just outside the café's empty tables. The Mayor recognized a few of them as members of his own guard, but most of them were unfamiliar, or had lost their familiarity, had gone thin and dust-covered, their mouths wide in broken-tooth gapes, marveling at the Mayor's presence, surprised, it seemed, that the Mayor had brought his well-known girth into the square, presenting himself to the town so soon after the loss of his wife. Behind the bar, the steak popped and smoked and the Mayor passed the time by listening to the conversations around him, those dry-throated whispers of his people, voices like insects but words still clear, filled with amazement and sorrow, with talk of one day having a steak of their own and with talk of one day losing the last of those they kept closest to them at night.

We're growing strong, the Mayor said loud enough for them all to hear. Our town is thriving.

When the steak arrived, the meat was curled at its gristled edges and heat came off in translucent waves. The Mayor, not wanting to show the immensity of his hunger, paused to salt the meat and reposition the yellowed plate, turning it, causing the ceramic to scratch against the faded tiles of the bar. He counted to fifty. He raised his knife. He took a long breath and was just about to cut into the meat when he saw, in his periphery, a movement amongst the crowd. The Mayor turned and there appeared a young man who made his way between the tables and sat himself down directly to the Mayor's right, turning his thinned body so that the two were no more than a foot apart. The Mayor, having come from the people who had came from this land—having worked the fields, having met his wife as rain lashed the corn—welcomed this townsman with a quick and friendly glance, a look just long enough for the Mayor to note the angularity of the young man's face, the straw hat sitting low across his brow.

The young man, perched there in an anticipatory way, did not speak; he simply sat staring at the Mayor as the Mayor cut his steak into even-sized cubes. The Mayor, for his part, tried to ignore the man, tried to focus instead on what he'd promised his wife, on the things she'd wanted him to say, those uplifting, town-saving comments she'd thought would best be delivered to the people in a plain and unpretentious way. For days, the Mayor had rehearsed in the dim vacancy of his home, had ignored all else to get the words right. Now, he cleared his throat and, despite the stranger at his side, began speaking those words in a slow and casual tone, addressing the café owner in the manner of old friends. With a cube of steak speared on his fork, the Mayor said that the day seemed less warm than those before it and that he'd heard tell that the waterman was running ahead of his usual deliveries and would surely arrive to their great and still-vibrant town sooner than expected.

The café owner, being the gracious man the Mayor had known he would be, nodded and questioned none of this. But to the Mayor's right, the young man started rocking on his stool, that angular face coming closer, then receding, closer, then receding, continuing in this way as the Mayor stuttered and tried to push the conversation towards the town's abundance of good humor, its renowned ethics and strengths. Outside the surrounds of the café, the crowd had grown and the Mayor noticed that his guardsmen had positioned themselves as a sort of inner ring, a good fifteen or sixteen of them with arms crossed, heavier-set than the others, thicker of hair although just as dusty of face. The Mayor, working to keep his voice casual, noted to the café owner that their town had the highest quality of protection, adding that other towns with other mayors had fared less well, had, in fact, far fewer reasons for hope.

The Mayor smiled at the forcefulness of his delivery and bit off the chunk of steak, chewing it in a way he hoped appeared proud and revelatory. Several in the crowd murmured. The young man continued his rocking, straw hat all but covering his eyes. For a moment, the Mayor worked at the fibrous bit of beef in his mouth. Then, with a sweep of his fork, he stabbed another cube of steak and proclaimed that this town among all remaining towns had the finest of meats, the most beautiful of cafés.

Just then, the young man stopped rocking and made a mooing sound. Loud. Elongated. Several in the crowd laughed and the guardsmen stepped nearer, seeping into the spaces around the tables. Mooooo, the young man said again, leaning towards the Mayor, coming within inches of the Mayor's ear. The Mayor concentrated on masticating his second bite of beef. Mooooo, the man said, and the Mayor, thinking it better not to look, focused his gaze downward, staring at the faded-blue tiles on the surface of the bar. They were cracked, he saw—were, in fact, run through with a webbing of fissures, splintered like the basin of what had once been their lake. Unfixable. Ruined.

Mooooo, the young man repeated and more people jittered and the guards drew even nearer. The Mayor, looking up from the tile, clenched his fork and attacked another cube of steak. We have, he said, stopping to swallow, to work down the previous bite of meat. We have endured quite well, he said. He was still directing his comments to the café owner, although the owner's attention was now on the young man. We have proven ourselves, the Mayor said. We have fought, we have survived. He stopped again. He was terribly off-script, speaking of hardship when he'd intended to speak of hope. He took another bite of steak, then another, and another in a quick, chomping succession, his stomach turning now, his hunger pressing up inside him. The young man mooed once more, pained and guttural, and the Mayor turned his body away from the man, looked at the dust-covered cobblestones below. There are, he said—speaking through a mouthful of gristle—there are many things, he said. Here, he said, knowing there were optimisms he'd planned to enumerate, that there were points of pride his wife, even at the end, had believed he could convey.

Mooooooooooooo, the young man said, so loudly—so violently—that several of the guards reached for him, moving around and behind the Mayor. A few people in the crowd gasped and the whole mass of them seemed to shimmer and sway as the Mayor felt a kick against his stool and heard the grunting and grasping of men. Someone in the crowd said the Mayor's name like it was a curse; but when the Mayor looked up, he saw only a pair of guardsmen standing there and encouraging him to leave. A high-pitched moo came from the crowd. The young man with the hat was shouting profanities and dust was rising through the café. You need to go, a guard said, but the Mayor motioned him away and turned back to his steak, stabbing at the pieces with his fork. More moos sounded. The Mayor heard his wife's name shouted in anger. With a chunk of meat speared to his fork, the Mayor lifted his arm high and shouted to the crowd that no other town had beef. No other town still had a place serving lunch. Or men capable of paying.

We have meat, he said. You have me, he said, fork raised as the crowd was collapsing inwards and the guards were locking their arms, trying to hold the people at bay. From behind the Mayor came the screams of a man being beaten. To his right, the café owner gripped at the bar, fingers pressing against the ruined tiles, everything smelling of burned beef and dust. We are still a town, the Mayor said, keeping his fork aloft. We are still a people, he said and heard a bottle smash against the clay wall surrounding the café's grill.

There were more shouts. Cries. Someone stumbled into the Mayor and he slipped from his stool. As he fell, he saw his plate flipping and the pieces of his steak spinning outward, propelled over him, his left arm catching the ground, then the rest of him cascading downwards, pain coming sharp through his wrist and hip. He was on his back now, looking upwards, the dust making the sun appear uncertain, withdrawing itself, absolving itself. A boot caught the Mayor hard in the thigh and he rolled to his side, struggling against his weight. Someone nearby cursed at him. They said he had feasted on their famine. They said his wife had been a fat and loathsome whore.

Through the gaps in the crowd, the Mayor could see the square—his town—stretching towards the tall and sunburned walls. It was still so true, he thought, his view interrupted by nothing more than his fallen plate and the hillock of the young man's straw hat. Mooooo, someone said, but the Mayor didn't turn. He was staring at that yellowed ceramic. At that dust-covered straw. Bones jutting from dirt. Husks fallen across fields. With a lunge, the Mayor tried to reach the plate and the hat, tried to move them aside. He thought of the rain wetting his wife's young and face. His fingers strained. The sun glared in a refracted blur. Someone nearby spat out a curse. Then a boot came down on the Mayor's hand. And there, in the dust, he lost sight of his town.

Alan Stewart Carl is a writer of fiction and other such. His work has appeared in MID-AMERICAN REVIEW, HAYDEN'S FERRY REVIEW, PANK and other journals. Most days, he's doing the parenting thing while trying to make a living through writing and teaching. He can be found down in San Antonio. And at AlanStewartCarl.com.