A Difficult Trek with My Daughter 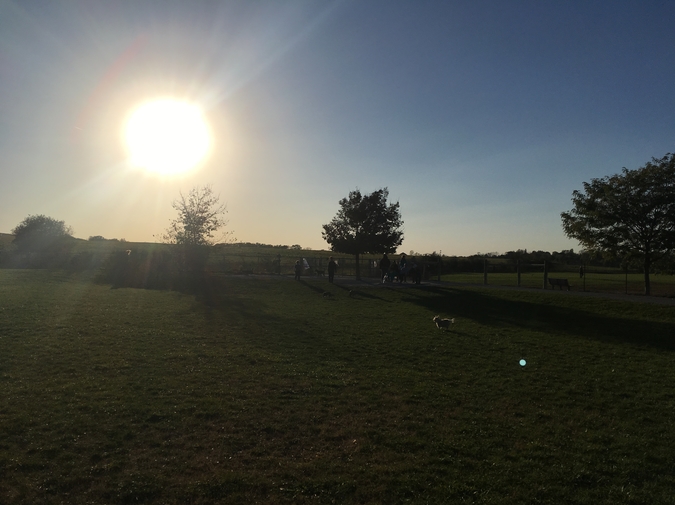 I am not home. I sit on a log in the sand waiting for my daughter to meet me after her best friend’s birthday party. Today, I don’t see the Pigeon Guillemots that we like to watch swim under the Fauntleroy Ferry Terminal dock in West Seattle. Footprints in the sand surround logs on the beach and disappear near the shore. The sound of the rising tides that send foamy wet kisses to the dry sand is soothing. Gulls and Caspian Terns circle above me. Crows scavenge. I stare at Puget Sound, the Olympic Mountains in the distance, and the boats in tug o’ war with their anchors as if they have answers. Life feels heavy: parenthood, university, Blackness, and isolation.

We had been in Decatur a little over a year, and I decided to rebel against the notion that Black folks don’t go into the woods. “We’re going to the woods!” I told my daughter. She was five years old and sat in a car seat in my gold PT Cruiser. She did not believe what I was saying—that I was taking her into the woods. I often joked. She thought Mommy was just saying something silly. We lived about 180 miles southwest of Chicago, where I had taken a teaching position. She knew central Illinois landscapes where she had lived since a baby when I returned to finish undergrad at the University of Illinois. We knew the cornfields, the flat roads, the milkweed and the Monarch Butterflies. We knew we were not home. Decatur had familiar cornfields, but the town had big agricultural processing factories where prairies once thrived. The smell of soybean often filled the hallways of the community college where I taught.

I drove toward Rock Springs Conservation Area, a forest preserve not far from our home. In my childhood, I did not go into the woods. These bundles of terror were mysterious—hidden places where hidden histories lurk. But I drove into Rock Springs, where Honey Locust, Red Mulberry, and Hackberry trees enclosed us. I parked near the nature center. A catchy pop song played that my daughter and I have forgotten when we remember our times in these woods. The nature center located by the path made me feel less irresponsible for taking my daughter into the woods alone as a Black woman. The center helped mute the voices in my head that urged me to turn back and lessened the feeling of isolation on these trails. I knew where to go if I encountered danger—animals or even other people.

Parenthood is an overwhelming yearning to get shit right. When I was a child, I recited renditions of “When I have kids, I will never.” That tune has long flattened. Motherhood’s path tips the difficulty level scale. That summer, I chose the easier paths on our hikes through Rock Springs. We walked through thousands of white and red pines in the restoration area. These trees were tall and skinny and the top half of them near the green pine needles swung in the wind, leaning down like threatening rogue waves that never fell. Man-made structures made out of loose twigs laid on the ground in-between and against pine trees. She liked seeing the trees swing and the manmade structures. She liked me as her guide.

I ain’t supposed to know about these woods. But I did know the coyotes, Red Foxes, White-tailed Deer, Eastern Cottontails, and Red or Grey Squirrels in them. They were friendly reminders of home or homes: Chicago and Urbana. I feared the unknown. And I recalled my rendition of “When I have my child, she will never have my paralyzing fears.”

We veered off the main trail to go more into the brush—unaware of poison ivy that was found in the area. I didn’t know the rules. I wanted her to be curious. I wanted her to be okay following the path less taken. I showed no fear, and she had no fear. She ran ahead of me. She showed me the next journey on her path.

She led us down the bike path toward a pond filled with Largemouth Bass, Bluegill, Channel catfish, and more. I followed closely behind her. A rustle in the forest, and I froze. My fears of the woods bubbled inside my throat. And my daughter paused when she noticed my break in character. Before I could reenter a fearless persona, it appeared. A White-tailed Deer jumped through the thick of the trees. It glided in front of us through the air. I watched it. I had never been that close to a deer. It was golden brown with white spots. Its body extended gracefully midair. My view was slow motion. Majestic. Calm. My fear subsided. I’d seen deer along I-57 as roadkill in ditches between Decatur and Chicago. I’d seen them in headlights at nighttime. But that deer in the woods passing across our paths in its natural space felt like mutual connection and respect. It humbled me. I yearned to pause the deer moment—to live within those confines of freedom where my Blackness was not victim to social constructs. The deer disappeared back into the unknown on the other side of the path.

My daughter ran toward the exit, toward the nature center. She screamed playfully, not in fear. I knew when she was truly afraid. She was experiencing a new feeling and needed help processing the close encounter with the deer. I chased after her to tell her I believed there was joy in the unknown.

My rendition of “I will never be on public aid” had ended. I was now a college-fuck-up. I entered the public aid office as a future Black single mother with no college degree. I was back in the hood. The public aid office was in K-town, a neighborhood located on Chicago’s Westside, where my father grew up. It was near my mother’s apartment where I lived at the time and near Lawndale Christian Health Center, an affordable clinic where I went for prenatal care. The concrete terrain was still rough, just as I remembered from my childhood. K-town tipped the difficulty level scale for treks. The corner stores were the same and different generations sold drugs on those same corners. Now, there was new surveillance; blue Chicago Police Department cameras hung over traffic lights where open drug markets prevailed. I thought others saw me as a statistic: the public aid social worker, the social scientists, the media. I wanted more for my daughter, but I couldn’t see past the red lines or through the Glass Ceiling. Nature was here, but I didn’t take notice of it then. I didn’t see Chicago’s coyotes, forest preserves, American Robins, Northern Cardinals, Blue Jays, urban gardens, and restored prairies as nature.

My daughter, now twelve, is on the other side of the beach at the birthday party. I look across the Salish Sea from where I sit on the log and I think about our argument as I dropped her off—about the tug o’ war going on in our household.  I am an anchor tethered to my household against the constraints and the currents that threaten to rock our boat. I feel the changing climate—my daughter rocking and outgrowing that old vessel. As a single mother, time is my biggest constraint. Keeping our household afloat takes careful planning, and making last minute plans can feel like capsizing. Weekends are my days to connect with her like we did on our walks through the woods. Now she has soccer teams, visits to Westwood Village to hang out with friends, and these parties, where I am more of a chauffeur than companion. One of my promises was that my daughter would always get my time—yet time is subjective. My renditions of “My child will never…” often clash with her own. She has grown so much over the summer and only resembles the nine-year-old that came with me to Seattle for my first master’s degree. Now, she often does not prefer me as her guide. I mourn the little girl in the woods and her footprints that are more predictable.

Nature is political—it is often under the control of the same systems that affect my feeling free as a Black woman. Here in Seattle I reached my dream of working in environmental conservation, a dream cultivated almost a decade ago. But I don’t feel welcome in the environmental field—I am treated as a stranger devoid of an ability to see nature. I am a diversity initiative. My Black face looks good on websites, but my presence inconveniences White folks and funders in the organizations. But this past fall—after choosing to not work in the field any longer and starting an MFA program at the University of Washington—I am learning to reconnect with nature. I want to again see the birds, the sea, and forests as places where I belong and as refuges for connections with my daughter. I sit by the ferry terminal, one of our favorite places to watch wildlife, and I look for answers. High tide is on its way.

My daughter walks through the sand near the ferry terminal toward me. “Hey, mom,” she says with a smile.

“It was fun,” she says. She has colorful streamers in her hand.

The tide has risen. She follows me to the edge of the shore. I know that the changing tides have often displaced footprints here on Coast Salish Land. And I hope that my daughter and I can stay intentional in our temporary steps together. I look past the Olympic Mountain peaks. For now, I find comfort in these moments with my daughter by the water.

Rasheena Fountain is from Chicago’s west side communities Austin and K-Town. She earned a bachelor’s degree in Rhetoric from the University of Illinois at Urbana-Champaign and a M.A.Ed. in Urban Environmental Education from Antioch University Seattle. Much of her work has been published in news outlets, blogs, and magazines. As a first-year MFA student at the University of Washington, she is working on an essay collection about nature, environmental justice, land, and Blackness.