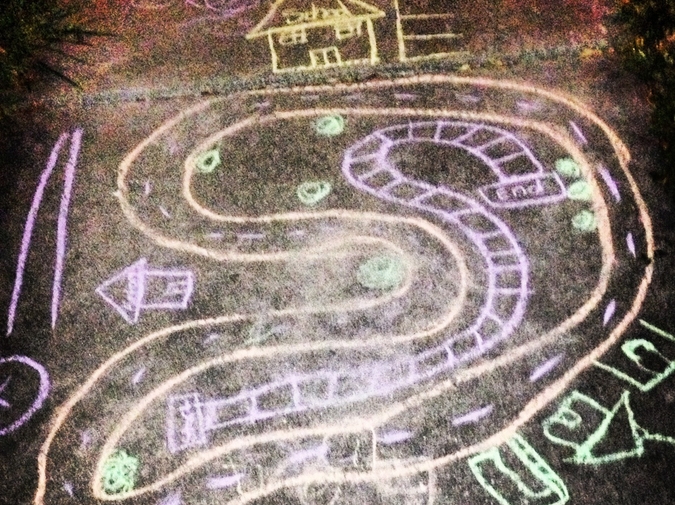 The A.D.T. man has only come to fix the security system, check each connect, repair the wire that’s frayed, reprogram the alarm before he drives off to do the same thing three blocks over. He wants no part in these people’s lives, he has no heart to join their quest for the secure, their rich man fantasy they can protect themselves, if only they will pay.

The husband asks twelve questions that only waste blue-sky, bright-sunshine time. The wife offers coffee, juice, soda, and herself. Her eyes hook on, their look says, Help me if you can. The A.D.T man longs only to splice wires and test the system and be gone.

The wife carries a plate of cookies she places beside him on the floor.

“Could a mouse have chewed through, do you think?” she says.

He looks around the pristine space. There’s nothing for a mouse to find of interest here. There’s only order, elegant décor, and human chaos barely held in check. And chaos, the A.D.T. man knows, will be the clear winner by a mile.

The wife wanders over to her husband who is eating grapefruit, smoking, reading the paper, and talking on the phone. She’s looking for a fight. He can do that too. He is a man of many talents.

The A.D.T. man listens to the husband’s whine in the same voice he used to say the damn alarm system had him up for half the night. It went off at 4:30 the first time, loud enough to waken the A.D.T. man had he been sleeping - three towns away and four steps down the social ladder. The A.D.T. man was not sleeping, he was sitting wide awake beside the deathbed of his wife, or of the woman who had come to take her place when she underwent the final change. He has no patience with these inadequate excuses for a man and wife. They snipe at one another and put spite on display in front of strangers. The wife blinks her hungry eyes at him, she locks eyes, and hangs on, refusing to look away.

The husband is not even in the house. He is a vapor of activity, displeasure, irritation, masquerading as a man. No wonder the wife wants to say, “Take me with you. Take me home with you tonight. I’ll sit and wait for you all day in the cold truck. I won’t complain.”

“It doesn’t matter,” the wife wants to say, “I’ll love her too, if I can only swill the strong Latino brew that is your life. Only take me away from here, to a place where there are no alarms to ring, where burglars meet with no resistance, enter freely, find nothing to steal and wander away, mollified if anything.”

She fantasies his life, she wants it, she would trade places with the loved wife she does not know is in that bed; she would be dead, if it meant she could escape herself. Her fear of suicide is life beyond the grave. At least now she can pretend that there will one day be an end. She cannot visit eternity, she cannot bear to know that it goes on forever.

The A.D.T. man closes up his tool case and unplugs his drill, he sweeps the paint chips into the corner where their sliver pieces find the seam where floor meets wall and fall into the crevice. It’s as though they’ve never been.

The A.D.T. man gets into the truck and drives away. The husband says he’ll give her a divorce, but she’ll get nothing. Not a penny. She sets the alarm. No flashing lights, no beeping. Everything is fine.

Linda McCullough Moore is the author of a literary novel THE DISTANCE BETWEEN and a story collection THIS ROAD WILL TAKE US CLOSER TO THE MOON, which was heralded by Alice Munro. More than 300 of her essays, stories and poems appear in print in such places as THE SUN, HOUSE BEAUTIFUL, and THE BOSTON GLOBE. She mentors aspiring writers by email, phone, and sometimes even in person.