A Brief History of Loving 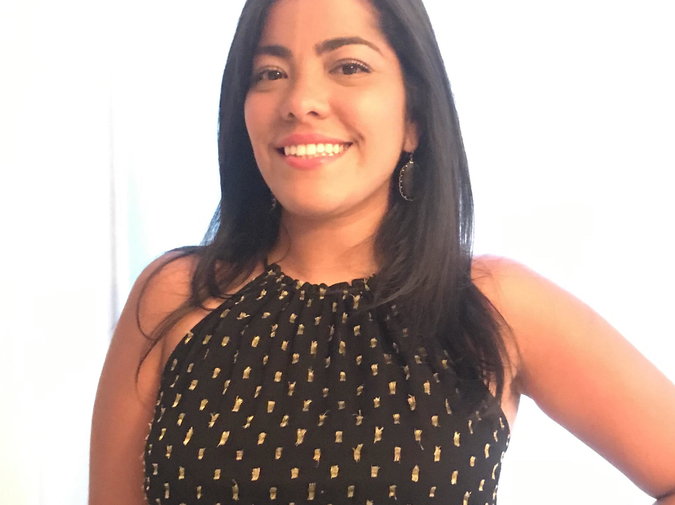 When he kisses me goodbye at the Portland airport, he grips my waist, massaging my skin with his hand, as if to coax me to stay put. It’s part of our relationship, to only have each other in pockets of time, to never know when we’ll see each other next but to rest assured that we will, eventually. Over dinner my first night in Portland, his newest city, he learned that I was allergic to shrimp and I learned he might want to be married one day.

We don’t actually know anything about each other, he said.

It’s probably why we love each other so much, I answered.

We met during one of my manic episodes, before I knew what mania was or that I was prone to it. Years ago, he was a stranger in a cloudy bar that I took home with me, a one-night rebound I was never supposed to see again. His last night in New York, he left my apartment the next morning and headed to his packed loft to pick up his suitcase and fly out to Los Angeles for good. On his way out of my building, after I kissed him goodbye and the door shut on his tattered leather jacket, he caught a glimpse of my name in the building directory. His name appeared on my facebook inbox two days later.

I believed him when he called me beautiful. I answered his message with no expectation and no reason, only fueled by the fire that sprouted in my belly every time I read his name. We wrote to each other for months, falling in love with each other’s words and rhythms, fantasizing of scenes in which we lived in the same city, shared the same bed. We planned a trip, and I took days off work to see him in his new California home. We made love until noon and ate tacos from street trucks, we drank whiskey on the rocks and held hands on the bus. When I returned to New York from my vacation, from that suspension of reality, my brain cracked.

Framed in Oregon spring, asked like he’d been holding onto the question for some time, What did it feel like, to go mad?

A little like setting your own house on fire, I answered. You will burn through everything, through everyone, but all that will matter is how beautiful the ashes will be. How everything will be beautiful once it’s gone.

When the schism occurred within me, when my sickness took over my reasoning and there was nothing protecting my heart dangling from my sleeve, I ruined the life I’d built. My brain had grown fractures that I’d taped over with alcohol and cocaine, but upon returning from that Los Angeles trip where we lived out the fantasies we’d written about, those fractures met each other and the whole mirror came down in pieces. I almost heard the shatter. It happened mid-conversation with a friend at a bar in Hoboken- I became overwhelmed with the idea of having an adventure, of enacting a grand gesture. In the place of reason was lust. Lust for the man, lust for a life where California was at my fingertips. Outside of the bar, I hitched a ride to JFK and bought a one way ticket to the other coast at the JetBlue counter. It had been a week after I’d returned from my planned trip to California. I surprised him with my impulsivity, he welcomed me back. He said he’d never met anyone who loved like I did.

Something happened during my impromptu trip to Los Angeles. On our way back from a speakeasy, under a 3 AM moon, he slipped or stumbled, I didn’t see, he fell. Suddenly, he was on the pavement and I was on my knees at his side. His head hit the cement, and his pupils expanded like the universe and then contracted back. His eyes shut. I slapped his face and called his name and begged him to wake up, and when he did, he seemed to be whole. But he wasn’t quite. Two days later, as the reality of my trip had begun to settle in and my confusion as to how I’d even gotten to California poked at my anxiety, I took him to the hospital after he threw up and couldn’t keep his eyes open. In the ER, I held his hand and soothed his worry before they scanned his head for clues. Subdural Hematoma, his brain was bleeding out of his skull, he had to be admitted right away.

In his hospital room, he handed over his phone and I called his family. I talked to his parents and his brother and I became his caretaker. I already knew I loved the man, taking care of him was a comfort that we both needed. In order for the nurses to let me stay with him at all times, to sleep on the chair next to his bed, I lied and told them I was his long-time girlfriend. The story must have gotten contorted as it was told from nurse to nurse, because a day into being admitted, a doctor came in and addressed me as the wife. He didn’t seem to notice, I didn’t seem to care. I lived in the hospital with him for five days. On Friday, his father arrived- he walked into the hospital room while his son was out getting his brain coded into black and white for the umpteenth time. I had never met his father, but when he walked into the room I knew who he was and we embraced tightly as if we had known each other for lifetimes, as if we were getting through a shared trauma. He said he could never repay me for taking care of his son the way I had. I was running on nervous adrenaline. My phone had died days prior and I hadn’t bothered to find a charger for it. Now that his father was present, I was relieved of my duties. I asked a nurse for a charger and when my phone came to life it spilled over with messages and missed phone calls. It never occurred to me that people would be trying to reach me after I’d last been seen leaving a New Jersey bar and was never heard from again.

After disappearing from my network’s radar, after flying to California without notice for a second dose of him, I was dragged back to New York by my sudden, desperate depression, by my parents, and I was immediately moved home for psychiatric help. This could have been the end of us, and at one point, I tried for it to be. I had tried to create distance between us because I worried that proximity to him would instigate another episode. But he continued to send me words, beautiful ones full of support and love and wishing, and I continued to respond. Mania blinds, its sequins and jewels reflecting the light back to you so you can’t see what’s underneath. Can’t see who is underneath. Love works similarly. After I fell in love with him it became difficult to separate him from a symptom. Insanity in any of its forms is as addicting as it is dangerous, as sour as it is sweet. At first, I wanted to remember the luster of manic energy, him a relic of my madness. I had dulled under my diagnosis, didn’t know where my worth lay if it wasn’t in my willingness to give myself up, to wring myself dry. I injected logic to our story. I killed it with science, with my chemistry. I separated the man from the delusion and, still, that fire in my belly. Inadvertently, I proved to myself that I was able to love someone canyons-deep and still maintain a dose of control and logic. I didn’t let him go.

When he calls me his soulmate he means it in ways others don’t always understand. He means we were lunged together by the universe and continued in each other’s lives when it would have likely been advisable not to. We needed each other. He means that when we are in the same place we are in love and our hands grope for each other as if they have done this their entire lives. He means that we are poets and we write to each other, for each other, and nothing runs deeper than language and our ability to gift it back and forth. When I call him my soulmate I mean that I often worry I can only absorb the best love I know in small doses, with years between it. What I mean is, I will love him forever in a way that scares me.

When he kisses me goodbye, he grips my waist as if to coax me to stay and, like muscle memory, I consider it. With the Portland airport behind me, I tell him not to be a stranger. He tells me he loves me. At my gate, I try not to relive every other time I’ve left him somewhere as I take flight. I do not damn it all to hell, I do not run back out onto the departures sidewalk and choose him. Instead, I get on my plane and count the ways in which the life I have is satisfactory. I think of small as safe. Insanity is only fun when you don’t know you’re insane.

Tania Pabón Acosta is a Puerto Rican writer now based in New York. She holds an M.A. from the University of Puerto Rico, and an M.F.A. from Sarah Lawrence College. A finalist for the DisQuiet Prize, her work has appeared in Bridge Eight, The Los Angeles Review, The Rumpus, Entropy, Catapult and Medium, among others.