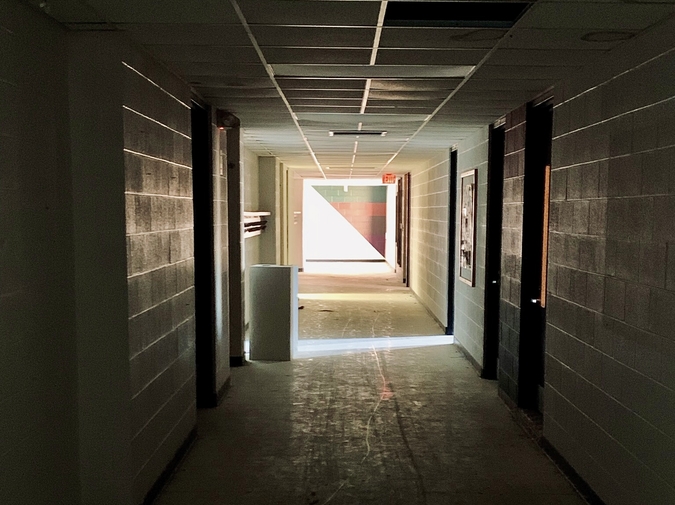 monday:
picture me in the aperture
20 years not old
enough to drink
what i mixed behind the bar
20 years from my mother’s breast
is a lifetime in the gaze

friday:
white man in a mister rogers sweater
holding a camera comes early
on my shift saying he’s taking pictures
for a calendar of the little
five points neighborhood would i like
to be a part of it

i bend to his direction
i ask if i could be june
my birth month he says all days any days
for a smile like mine tells me
fold your arms like this across the counter
that’s it such a stunning girl
the way you wear your hair so natural
you look like you could be foxy
brown straight from the seventies, girl

two weeks: he hands me my face
in a brown envelope
two photos: one with me better than i’ve ever seen
before my head haloed by bar lights
and cocktail glasses mouth like a palette of pearl
the second the same save for my breasts
bulboused        pixelated        (re)imagined

two weeks: mama asks for the day
the calendar’s coming
oh mama        i forgot to tell
you he never came
back

brittny ray crowell is a native of Texarkana, TX. She is the recipient of a Donald Barthelme Prize in Poetry and the Lucy Terry Prince Prize judged by Major Jackson. She recently participated as one of the librettists for the Kennedy Center’s Cartography Project. Her poems have been published or are forthcoming in Ploughshares, Frontier, The Common, The West Review, Copper Nickel, The Journal, Split Lip Magazine and elsewhere. She is a teaching assistant and PhD candidate in Creative Writing and Literature at the University of Houston and a poetry editor for Gulf Coast.