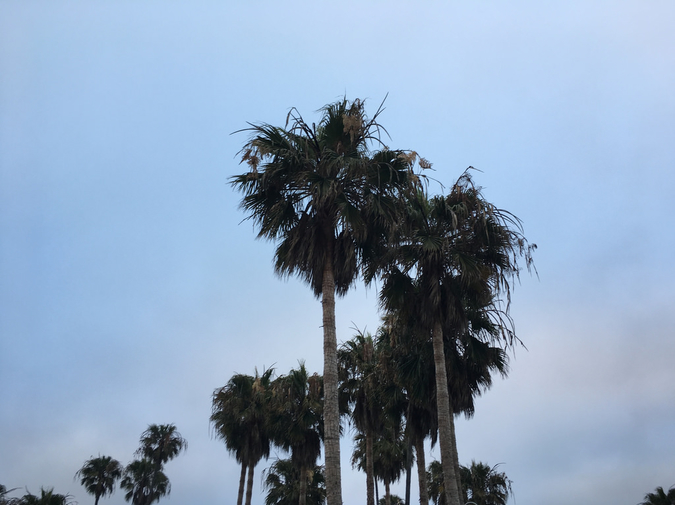 Ellen is moving north of Miami
to become a clinical psychiatrist

the funniest thing Michael ever said was “The revolution IS being televised
and it’s Morning Joe 6 a.m. - 9 a.m. est on MSNBC!”
but he was worried people would think that was what he really thought

everything leads back to the endless repository
of analysis and nebulous loss.
resorts are fascist art.
the surveyor splits open a python.

there’s nothing to do except preserve
the idle, continuous argument
What did Jesus mean by what he said?

on the other side of the universe,
Emily spills through Sarasota
rip currents    nettle  the coast Tuesday

but i’m thinking about Gorbachev  Not that.

*
everything  laundered through
some tedious & immeasurable war

it’s easy enough to drift away
in statecraft, the nuclear paradox

*
// back to hurricane season
It’s only a depression. in cyclones,
that’s better.  see: Saffir-Simpson


they used to name storms after army wives. there are rules now.

No    he was living there

but the end of the story makes sense that way

2 people & their  hopeless allergies
collapsed into some basement  room,
clammy light strained in  through a screen

everyone trying to get    to the other side  of something

War & Peace, Michael Chabon,
a Coen brothers movie — the woman
character didn't say anything except once
or twice,   mixing a drink  to advance the plot —

so i’m wondering how there’s violence
boiled into everything

Lucy Tiven is a writer based in Los Angeles. Her poetry, journalism, and essays have appeared in Lazy Fascist Review, The Scrambler, Jezebel, the Awl, Atlas Obscura, and various lakes across the midwest. Follow her on twitter: @lucytiven.