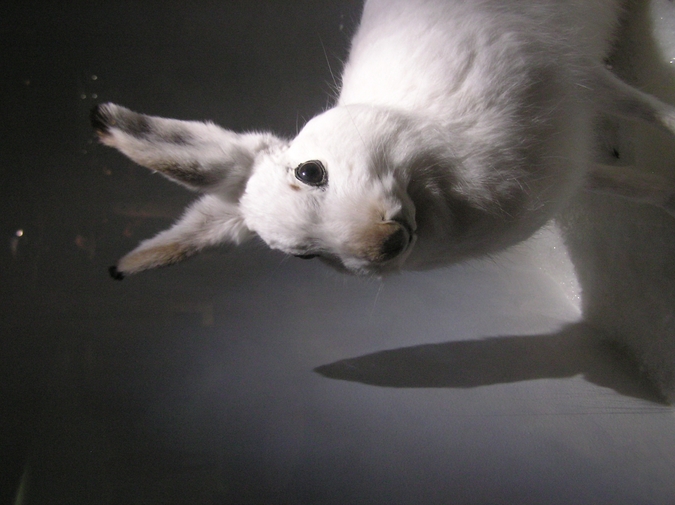 I stood in the doorway and watched Davy fuck my sister by candlelight (he
never fucked me by candlelight). Their shadows conjoined, elegant. I was
touching myself under my robe when they saw me. Two against one, I turned
down the hall, turned down a threesome again. I’d brought him home because
he talked like Davy Jones. I’d always wanted to fuck Davy Jones. So I let him
be British all over me. An Anglophile, my roommate younger sister blossomed
like a petunia. I thought I was learning to share. But that last night, when the
sirens raged and the dogs howled in the dark, when love had me (suddenly)
by the throat and my sister swore she could take him or leave him, how could
I ever believe her? Anything I wanted, she wanted. So when he ping-ponged
between her bed and mine, I told Davy to wear a condom. I told him I didn’t
know where she’d been. And when I finally begged Davy to make a choice, I
watched his face carefully, ignored the implications of his sigh. She’s beautiful,
your sister,” Davy said as he stroked my thigh.

(Menage a Trois) TONIGHT I DREAM OF MY FIRST TRUE LOVE

“Trembling, like Paris, on the brink of an obscure and formidable revolution.” —Victor Hugo

It feels like a competition. I lay between the two of them, sweltering, like Paris in
August. Gene’s lanky six foot four inches hangs off the foot of the bed, Brett’s
dancer-body liquid, compact, is curled into mine, his hard need pressed against my
thigh. I’m not sure how I ended up here, in love with a man who wants me to fuck
his best friend while he watches. Now the three of us crowd in my too-small bed. I
stare at a black and white photo of Montmartre on the ceiling. Brett trembles like
needle to the pole. Van Morrison’s on the radio, having sex in the green grass with
the brown-eyed girl. The ceiling fan rotates counterclockwise, but we’re all
sweating. I should have moved the beds together when my roommate moved out,
but it’s too late, now Gene’s spread my thighs, and pinned his best friend against
the wall, and now he says nothing while Brett watches him slam into me. I need
him to scream I love you! again and again like he did before. But Gene’s eyes are
locked with Brett’s. I see what I’m not meant to see; I am disposable, nothing more
than a deep hole. A hot rain pelts the bedroom window. Gene pours into me like
runoff. His tears look like raindrops on glass. I turn his face so he can see what he
is losing. I want him to watch his best friend as he arches his dancer’s back and
comes in my mouth, his spasms an arabesque. I pull back my hair and dip my head,
trembling, like Paris, on the brink of an obscure and formidable revolution.

Alexis Rhone Fancher is the author of How I Lost My Virginity To Michael Cohen and other  heart stab poems, (Sybaritic Press, 2014) and State of Grace: The Joshua Elegies, (KYSO Flash Press, 2015). Find her poems in Rattle, The MacGuffin, Slipstream, Fjords, H_NGM_N, great weather for MEDIA, Chiron Review, Quaint Magazine, Menacing Hedge, and elsewhere. Since 2013 she’s been nominated for three Pushcart Prizes and four Best of The Net awards. Alexis is photography editor of Fine Linen Literary Magazine and poetry editor of Cultural Weekly, where she publishes “The Poet’s Eye,” a monthly photo essay about her ongoing love affair with Los Angeles. www.alexisrhonefancher.com