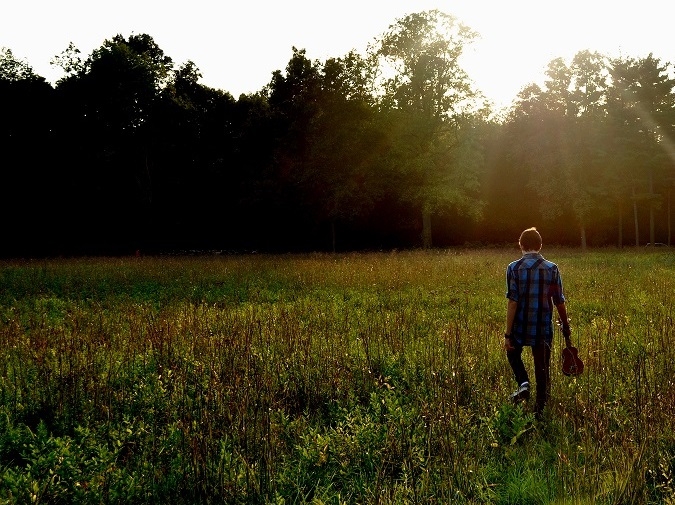 Variations on a Mountain Skink

i.
I want to know
the smallest things, quiet
contained. This is where
we crossed the river:
too far
to swim back. Think of minnows
when you go, swimming miles,
used for bait.

ii.
There were too many lizards
on the patio. 99 ways
to think about skin.
In August, we count 5 species:
red-backed whiptail,
desert night,
mountain skink,
spiny-tailed iguana, Arizona
chameleon. We identify
with the skink: thin, smooth,
carnivorous.

iii.
Yesterday, I watched a skink die:
leaping from the pavement
& shivering. Rolling to its back, exposing
silver underbelly. Eyes like black bulbs,
unwavering. Its tail was the first
to go. Some lizards shed
their tails—this one
abandoned it. I buried it next to the river
in one of your white-stained socks.
I like to think of water.

A sofa in Nebraska

There is something about Canadian geese
that makes Alexander’s chest ache, that
tethers him to Cambridge, the air of the Charles,
milky and bitter. There, mornings mean rowing
and running and Caroline Fitzpatrick,
the type of woman who smiles
at 4:06 a.m., who revels in the quiet dignity
of brushing her teeth, barking geese like sirens
against the medicine cabinet. Alexander
slipped from a threadbare sofa, mouth cold,
stomach hot, cried when he peered
into the bathroom, womanless, geeseless.

Talin Tahajian grew up in a suburb of Boston. Her poetry has recently appeared or is forthcoming in PANK, Word Riot, Washington Square Review, and elsewhere. She serves as a poetry editor for The Adroit Journal, and plans to attend the University of Cambridge in the fall, where she will study English and attempt to assimilate.