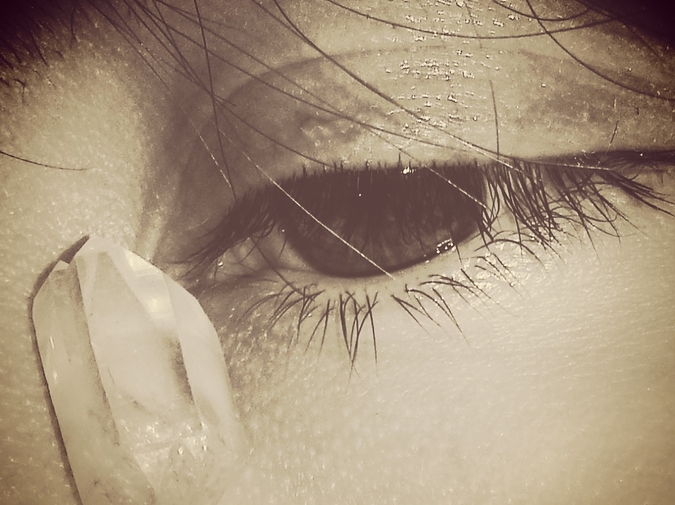 At Night She Stops Moving

At night she stops moving. He is a ghost behind the door. She stands on the tan carpet, observes the mattress.

My books were on the floor when I came back to our old apartment.

It shocks her to see that he has written in Sharpie. The empty space near the window says, “space blanket du-rag.”

When they first met there were poems scrawled all over the walls of his room. She thought he was a poet.

Now he has taken the bookshelf, and calls to tell her about the girl who laughed when he fucked her. He has left behind tan corners. She flattens herself against the floor.

I’m not going to miss you more than this. I don’t want to figure you out.

He calls this giving up. It doesn’t matter that he remembers the freckle on the bottom of her foot.

He drinks the last of the vodka, a good drink for a ghost. She finishes the ice cream, pulls his hands from her thighs. They get sad about the cats, extinguish their cigarettes in the sink.

She wants to tell him that his poetry sucks. She is afraid of lying down.

jeans cut off above the knee. cowboy legs. a summer plaid, unbuttoned, you were afraid of my heart because guys had been there before you.

you couldn’t buy beer. this was before you got fat.

I wasn’t pretty. I was small. you said it was cute when I peed in the corner, naked under that dress with the red flowers.

* “You’re a wanderer,” they said. But they didn’t love that after a while. They became the bad guys in her stories, blurred together.

you got skinny and said “tell me again and again how you’re running away.”

six years later and I only know how to be needed.

I’m afraid it’s been my fault all along. I’m sorry I believed in difficult women.

Hanna Mangold writes fiction, poetry, and essays. She is the Fiction Editor for Folio Magazine, and teaches College Writing at American University where she is also a third-year MFA candidate. In a five minute conversation, she will tell you about her sister, her cats, and how much better pies are than (most) cakes. She recently published a personal essay on translation in Poetry International Online