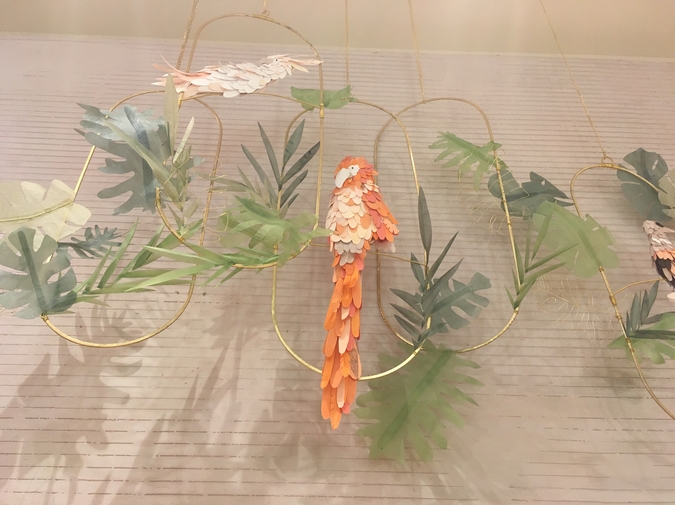 When I return to my empty house, I’m surprised to hear chirps and tweets outside my bathroom window. It’s October and the young pigeons from the last cohort left the nest sometime in August, before I went travelling. For a moment, I wonder if they have returned. It’s the kind of thought that can come over me when I’ve been far away and my body hasn’t adapted to the pulse of this city, and I keep opening the fridge to eat a yoghurt I bought in a different country and left on another refrigerator shelf in a far-away time zone.

I miss my husband’s alarm clock, his work that gives both of us an anchor in time. He falls back into his schedule with ease after each trip and pulls me with him. But now we each have our own family chores, aging parents and friends we need to see to, so this year we’ve travelled separately to different places. There will be more of this. I better get used to it.

Birds, of course, can’t reverse the order of things, so this must be a new cycle. The new clutch of chicks is as noisy as the last, always waking up too early in the morning—craving attention and food—and whatever else it is pigeons need. Their high-pitched squeaks pierce through our muted, middle-class neighbourhood. The parents take turns feeding, watching and then flying across our backyard to get away from it all and get some food for themselves. It’s fall and they’ve been at it since June. If I’ve counted right, this is the third nestful. They must be exhausted! And their boisterous young don’t know this will be them, next year.

I open the window as wide as possible to try to catch a glimpse of the nest, just like I’ve done all the previous times, but it’s wedged too deeply into the sheltered ledge. If my window opened the other way and I wasn’t so afraid of falling, I may have been able to catch a glimpse of the hatchlings by leaning out a bit. But like in the previous rounds, I won’t see the birds until their voices have changed and they emerge as smaller copies of their parents, cooing while they memorize the exact spot where they were hatched.

For a few, fleeting months in my early twenties, birds flocked around me everywhere I looked.  Later, I have thought of this time as the age of bird hallucinations. This is not a diagnosis, just a description of what I saw that strange, tortuous year. A few months into my first semester of university, the first apparitions emerged. Suddenly, if I rested my gaze on the people around me for too long—I’d see them transmuted into birds. Noses curved into beaks, gelled hair into crests. The transformation took a few seconds. Feature by feature went from human, to blurry, to bird.

It could be with friends or just look at a stranger across the lecture hall. A flicker across my mind, a flash of sweat, and it would be gone. It didn’t last long enough to see wings and claws appear, or to forget who these people really were. The fits had none of the frantic fear of a Hitchcock film. My heart merely skipped a beat as a sliding door opened. And if I only shut my eyes really tight for a few seconds, I regained control of my senses.

This happened at a time when I rented an incredibly small room from an old lady in the suburbs, a half hour bus-ride from the centre of Trondheim. When I looked out the only window, I saw fields and trees and only a few more houses than the place I came from, yet nothing felt like home. The handful of people I knew lived closer to town, so I always carried a sleeping bag in case I missed the last bus back and had to sleep over on somebody’s floor. The time I spent in the small room were passed walking in ever wider circles around the chemistry and math books that stayed closed on my desk. When I sliced bread on that same desk, I left a carpet of crumbs on my books and a tiny trail on the floor that I planned to clean up as soon as I’d finished eating. Most days I didn’t have the discipline to do it, and the room gradually turned into an oversized bird feeder. I’d wake up in a sweat at night, breadcrumbs on my sheets, wondering what was wrong with me, then fall asleep at dawn to the first chirps.

The first pigeons appeared shortly after we bought this house, more than ten years ago. They built their first nest in the trough beneath our neighbour’s third floor deck. We laughed at the idea that the birds chose the perfect house next door instead of our messy work-in-progress. Since our houses are attached, we soon realized we would have to share the burden of hosting them and spent part of our summers on all fours cleaning bird droppings off our cobble-stoned backyard path. Each year since, our neighbours have tried a new contraption to evict the pest. Last year they even redid their whole deck. Pigeon-headedly, the birds have won every time. They may not have many ideas, but they hold on to the few they have: “Always lay your eggs in the same place.” “Don’t leave your babies alone.” “Crap on anything, whenever.”

I almost envy them as I sit on the toilet, listening to the ear-splitting noise from the fledglings. Were they always this loud, or is it just this empty house—swelling with the absence of my daughters—that makes it appear that way? The air is full of strangeness and not all of it stems from my body still being on European time. This summer is lasting too long—it’s much too hot for October, and if this isn’t a sign of climate change, nothing is. But while I flip without aim through disaster scenarios, the birds just carry on.

I wipe twice as though that will do the trick. It’s more than two months since my last period. Everything feels tense and off. It’s all the travelling, I tell myself. When the jet lag has left my body, I’ll get my rhythm back. There have been no other signs of change. But I should look up perimenopause, just in case, maybe I’ve missed something. I cast a sideways glance on my naked body as I pass by the mirror. It still appears firm, safe, like it did before the summer, but looks can be deceiving.

After I stopped turning people turn into birds, I forgot about that slice of my past for a long time. I never mentioned the hallucinations to anyone. When I changed majors and sold my math books, the spells waned—and evaporated altogether after the summer. There were still breadcrumbs, and my laundry bag was often full, but the books were open and most of the time I could laugh at my own mess. The new room was bigger and almost in town. I sometimes made dinner and invited friends over. Birds were the last of my problems. There were exams to pass, futures to test.

The memory returned to me years later—as a quiet recognition of how close I had been to breaking. Now it’s a lingering curiosity. I wonder why I saw birds instead of something else. I’d never taken any special interest in them. Even when I had my brief zoology phase, in elementary school, I always preferred mammals. I had no mythology that connected me to them—no phobias to speak of. I enjoyed the return of the songbirds in the spring, and loathed the grey seagulls all year round, just like everyone else along the coast. I preferred Purple Rain to When Doves Cry.

Visions of birds made as much or as little sense as everything else that year: my choice to study chemical engineering; renting the smallest, saddest room in the county; not finding the strength to open those books or sweep up the crumbs.

I wake up at all hours of the night even after ten days at home, and fall asleep again in the pre-dawn just as the chicks commence their racket. My breasts are tense and I struggle to find the right position to sleep in. The bed smells strange with just me in it, or maybe it’s my own scent that is evolving for the next stage. I don’t want to think about it.

At this point, three years ago, I would have bought a pregnancy test, just to be sure. I would have spent the minutes waiting for the second line to appear wondering what a third child would mean at my age, thinking of baby names, preparing the right words to tell my companion. Now, that’s the only thing I’m sure I won’t need.

As the sun slowly conquers the room, I notice my tense arm and my hand clutching my tummy. Nothing new since yesterday, no murmur, no sign of what’s to come. I get up, do my sun salutations and a downward dog. My legs are too wobbly for anything else. I really need to get back into my routine before my husband returns. But for now, I slouch into a pose that probably has no name. I squat, leaning my body on my thighs and then wrap my arms around my legs. I sway back and forth, feeling my own heart against my thigh as I rest my head on my knee. The fledglings’ chatter fills the house. Is anyone ready for what’s next?

Hege A. Jakobsen Lepri is a Norwegian-Canadian translator and writer based in Toronto. She returned to writing in 2011, after a very, very long break. She has since been all over the place, writing very long short stories and very short poems and most things in between. She was recently shortlisted in Briarpatch's 'Writing in the Margins' contest. She's been published in J Journal, Saint Katherine Review, Monarch Review, Citron Review, Sycamore Review, subTerrain Magazine, Agnes and True, Forge Literary Magazine, Fjords Review, Grain Magazine, Typehouse Literary Review, The Nasiona, WOW! -Women on writing, Burning House Press, Haiku Journal, Gone Lawn, Crack the Spine, Carve Literary Magazine, The New Quarterly and elsewhere. You find her on twitter @hegelincanada and on her website: www.hegeajlepri.ca