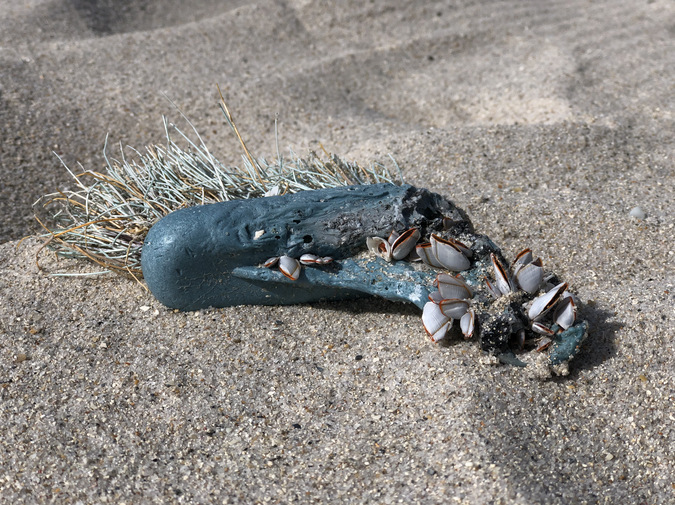 She always had parched lips, and would constantly lick them. It was one of those details where once you noticed it you would never be able to stop noticing it; the way the pink of her tongue would dart across that mattress of dry, flaky skin, over and over. It didn’t seem to do anything for her discomfort, especially not in the winter, when the skin around her lips would get red and swollen, and the arcs of her tongue would get wider and wider as she tried to bring relief to more of her face at once. When we were younger, I’d wonder if all that licking was training her tongue as arduously as our daily training of our arms, legs, and qi under the gleaming eye of our shifu; as I watched her dab at the tip of her nose with ease, I’d imagine that her tongue was getting longer and more deft, and that one day it would be sharp as a whip and she’d use it to slap me in the face. Like a frog, except she’d be able to pinch her tongue with her fingers and draw it out strong and stringy as taffy. She’d bind my wrists with her tongue and hang me by the doorway. She had never been the kind of person to be threatened by my seniority. I fully believed that she was capable of such a thing. And because of this, that fateful twelfth year of hers, when the Snake of her zodiac sign came cycling back to bless her once more, was the year that I was kindest to her, serving her more noodles in her soups; I lived in constant fear she’d receive a forked tongue from the Snake Lord, and then she’d be able to stab me with it, too.

Even our shifu had seemed to take notice of it—her parched lips, that is. He’d said it was because she’d been born in the desert, and carried its sunlight with her always; she had to take a pot of incense with her everywhere she went, and each time a stick burned out, she would need to drink a glass of water. That was Shifu's solution to everything: discipline, a schedule, taking care of one’s body, nurturing one’s qi. As a consequence to the exercise, she needed to pee all the time, rushing to the toilets while the rest of us were all lined up in perfect order in the courtyard, practicing our forms; her twisting silhouette as she ducked and weaved past us, her face scrunched up in discomfort, always made me think of snakes as well—the venomous kind, that sprung before you could even react. In no time, you’d be dead, killed by a noodle.

So I was surprised when, twelve years after our shifu died, when the year of the snake came round again, she reappeared in the jianghu as Xianrenzhang, god’s palm; cactus. Of course, I hadn’t really expected her to become some kind of tongue-fighter. It was unbecoming, and she’d’ve been easily defeated by poison. Still, I’d thought the Snake Lord would have lent her some of His luck and agility—I’d even investigated a certain Viper Bandit character a few years prior, thinking it was her—instead, she’d gone the other way. Snakes were hunters, who roamed the tall grass fields with their bellies low against the mud, unlocking their jaws wide as a ravine to swallow their prey whole; the cactus planted itself in places no one wanted to go and waited for its roots to take what it needed from the earth. The cactus was calm, and patient, and so much more lethal that way; and, according to the stories told about her, so was she. If she took off her silken gloves, they said, you were in trouble. A god’s palm through your chest, to rip your heart right out; you had to watch it still pulse in her hand, watch as she squeezed, rivulets of blood streaming between her fingers and dying her sleeves red; you had to watch yourself die. They said that Xianrenzhang took your heart because she didn’t have her own. She was looking for one that was just the right size, not too big and not too small, that she could slot into the cavern in her chest.

I wondered where she’d gone, to learn that. She’d never been all that good with her fists in our school days, had always had trouble directing her qi using her hands and making it sharp and precise, to be wielded as tool; her qi had always erupted out of her entire body instead, an uncontrollable rush that fled her pores as though unable to bear being held within her anymore. Like when she killed our shifu. The very day before I ran into Xianrenzhang, I heard a travelling storyteller describe her killing of Shifu as Sima Guang Breaks the Water Tank, where the water tank was her body, the water inside was her qi, the child drowning was her rage, and Sima Guang’s rock crashing into the side of the tank was our shifu’s provocation—it all came spilling out, cracks running all along the ceramic tank until it collapsed into a million shards, the water a flood that barrelled into shifu and tore his face off. After it was all over, the shivering child was saved.

In Sima Guang’s story, the moral was to stay calm and weigh one’s options, and also that children’s lives are sometimes more important than big vats of rainwater, yes, even the biggest ones. But the storyteller’s conclusion was that, in Xianrenzhang’s case, the child should have died. Because it did not die, it grew up into a monster, the anger and resentment that fuelled Xianrenzhang and that, over twelve years, became too large even for her to feed, and took control of her mind. Xianrenzhang was pure evil, the storyteller said; that day, after she’d killed her shifu, she’d killed all her sect brothers and sisters as well, and now that she had returned to the jianghu, she wouldn’t rest until she’d killed every notable martial artist who had ever taunted or underestimated her. That elicited gasps from the audience, and I wanted to cut in; I wanted to say that she’d spared me. On that day, she’d looked at me with such hatred in her eyes, and then she’d looked at my hands, which had been holding a bowl of soup noodles, her second serving, fresh from the kitchens; and even though she would’ve known how scared I constantly was of her, how easy I’d’ve been to cut down, she’d let me go. She’d said, Shi-jie. She’d only ever called me by my first name, but on that day she’d finally said, Sect sister, and then she’d said, I’ll come back for you. But the audience listening, rapt, to the storyteller would not have wanted to hear of her kindness, so I dropped three coins into the man’s hat, and left.

The next morning, at dawn, there was a shadow across my window at the inn. I slid the window open and she was there, Xianrenzhang, all grown up, but with that same pair of hungry eyes. I let her in, and poured her a glass of water, and slid it to her from across the low table. She tipped it down her throat, her Adam’s apple bobbing as she took it in. I told her that she wore her name well, and she raised an eyebrow and asked me if I thought she had spikes. I reached out and took one of her gloved hands into mine and toyed with the seams of the fabric, and said that I didn’t know, not yet anyway. My fingers caught against her fingers and I pinched the tip of her glove, and when she didn’t say anything, I pulled. I slipped the glove away and let it drop to the ground between us, swallowed by our layers of skirts. Her hand was rough, the skin so dry that it seemed veined with white, and when I brushed my lips across it, she shuddered. I asked her if she was going to kill me now, and she said, What? and folded her mouth over mine. Later, I asked her if she really didn’t have a heart, and she smiled. Her other hand was still gloved, after all we’d done. She placed it against my chest and tapped, lightly but quickly, dictating the beats of my pulse. And instead of answering my question, she asked one of her own: Why did you used to be so scared of me, Shi-jie? I blushed and told her about the tongue. That made her laugh, and her breath still smelled like me. Xianrenzhang, I whispered, as she planted herself inside me once more, god’s palms roaming my body. She wasn’t at all like they said. She wasn’t cruel, never to me.

Jiaqi Kang (亢嘉琪) is a Sino-Swiss editor, writer, and art historian. She is the founding Editor-in-Chief of Sine Theta Magazine, an international, print-based creative arts publication made by and for the Sino diaspora. Recent work is featured or forthcoming in X-R-A-Y, wildness, and Jellyfish Review. Find her online at jiaqikang.carrd.co.