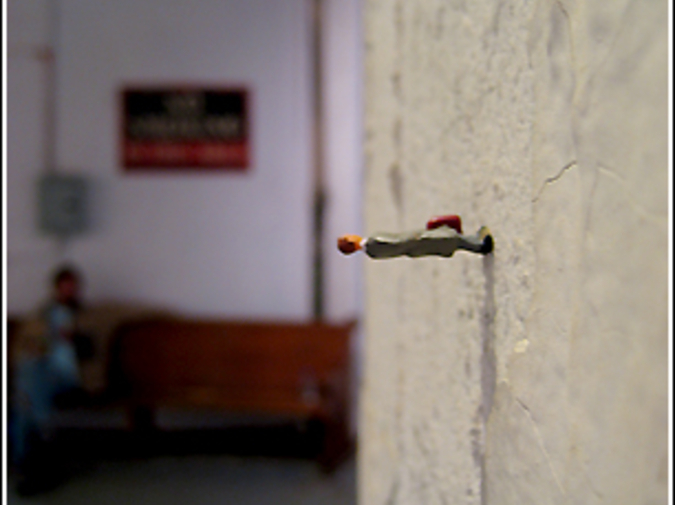 "I don't really know how to put it across," said the private detective.

Birds of spring flew across the bright sky behind the window of a dark office. The 50-years old woman sat down and looked at a stack of papers on the desk. She saw the corner of a photograph there and her heartbeat stopped for a moment. Something dark was being hatched inside her body, a creature of fear and anger: an evil crow, soon to spread its wings and rise in a vengeful flight above her marriage.

The detective in front of her looked like an aged and confused school bully.

"It may be not what you expected," he said.

But she knew what to expect. Six months ago her husband started to come two hours later from work. He explained that he had important meetings, there had been some urgent tasks. But she felt him getting increasingly distant, day by day, and finally she came here, to this dark office.

"My agent has followed your husband for a week. I have his report here. Do you want me to recount it?"

She nodded. The private detective lifted a sheet of paper from the stack.

"The events reported here happened in the same order on all the days the investigation was conducted. At 5 p.m. your husband leaves his company's building and gets into his car. He drives to a nearby canal. There, he sits on a bench and looks at water."

The detective raised his eyes from the report and observed her before finishing reading. "After approximately two hours, your husband stands up and drives home."

They looked at each other, two human beings in an enormous world, and nothing seemed to exist more than the blue distance beyond the walls, beyond the spring birds, beyond this city and beyond its canals.

Blaze (Blazej) Dzikowski was born in 1976 to a member of a girls-band and a lyrics writer. He has published two novels and a volume of short stories in Polish. Most of his work deals with magic realism, although recently he tries to steer into "realism so intense it doesn't feel real anymore". In the US, his short story will appear in the 13th issue of Quick Fiction.