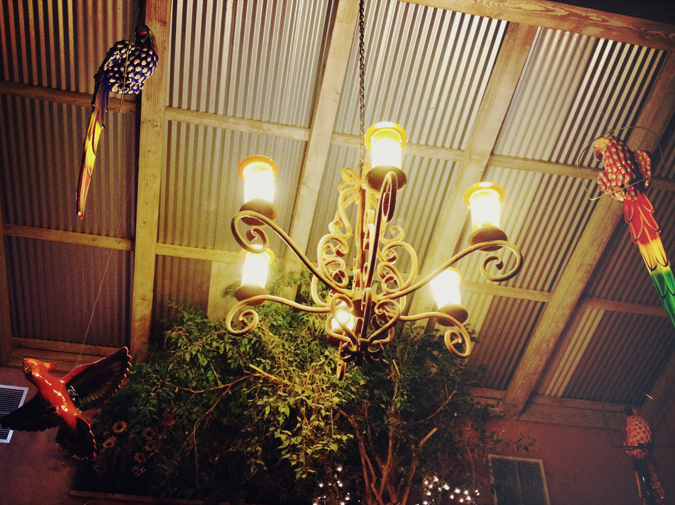 Doesn’t it always begin with a contraction, a fluttering musclequake, birding in your heart? A throb of shimmering plasma. Smaller than an apostrophe, tightly furled.

An omission of sounds, the sherpa’s final gasp. A contracted silence, breaths fogging windowpanes, stifled I-meant-to-says: this is the genesis.

I was born in a city without seasons, where clouds occlude the skyscape. The city of wind. The city along the lake shaped like the stream of a single tear.

You were born to conduct fantastic things—orchestras, trains. On your birth certificate, your mother wrote your name in musical notation. You were from a family of Bach and bacchanalia, measuring your life in metre, not by meters.

Your mother died of an irregular heartbeat. Death like syncopated basslines, too much stress on the weak beats.

I was born to conduct the worst of things—electricity. I measured my childhood by the expanse of my father’s body, his tautening shirts, sloppy Joe spillage on his man-breasts, his swelling stomach: a gestating future, never labored.

I picked up the weaves of prostitutes I found, dead on the asphalt like roadkill. I danced over deflated condoms the same way your feet wove through dead jellyfish during the summers you spent at the beach. I shoplifted records by hiding them in empty pizza boxes I found in dumpsters. I drank Bartles & Jaymes beneath electricity pylons that were latticed like the Eiffel Tower.

When you said violins, I heard violence.

You read my verses as severe, dearly devolved, barely beloved, undressed under duress—whenever I wrote felt, you always read left.

My sixth-grade science teacher brought dry ice in a Styrofoam cooler to class, and told us it was so cold that it would burn us. We covered our small hands with latex gloves and with silver tongs, precariously held white lilies by their stems. We dipped the lilies in mist rising above the pot, freezing them and dropping them to the floor, and watched as they shattered like glass.

I gathered shards of white petals from the ground, electrically cold. If divorce proceedings had flower girls, this is what their job might have been.

Other things I learned in sixth-grade: that meteorology is not the study of meteors, but of the changing clouds, that sunshine is not the opposite of moonshine, that cars move forward because tiny creatures of the sea, dead for millions of years, explode inside of their engines—that what is dead still moves us.

Doesn’t it always end with a contraction? Condensed too soon, abridged beyond recognition. A seizure, involuntary.

We began to speak in quartets of words, punctuated by codas of silence.

Wouldn’t it be nice?

Couldn’t it be different?

Tasha Matsumoto received her MFA from Notre Dame, and is currently a Ph.D. Candidate in Literature and Creative Writing at the University of Utah. Her work appears in Ninth Letter, Quarterly West, Marginalia, Pank, the Nashville Review, and elsewhere.