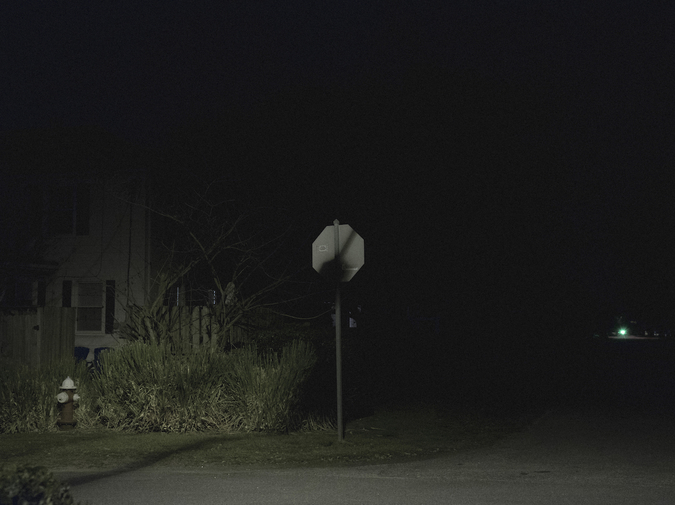 Everything is cosmically predestined when you are stoned. She put off the trip as long as she could, eating three-day old pasta out of Tupperware. This is what they mean by mind-numbing. This is some strong shit.

She arrives at the laundromat at 8:35, she knows because she checks her phone right as she enters to see whether the girl she hasn't seen in weeks has agreed to go out tomorrow night. Her dry spell is palpable. She had a sex dream last night that featured her and James Franco fucking in a creek in Las Vegas. She has never been more confused about her sexuality.

She spots the first empty washer. Weekly trips to a crowded laundromat in Brooklyn has helped her tap into her animal instincts. She needs two washers. Sure, she could wash everything together in the $4.50 washer, luxuriating in the empty back of the laundromat, but on Thursdays the smaller washers are $.99. You don't laugh at deals like that. She wants a new tattoo. She'll have to sell some of her clothes to make money.

"She's a rich girl..." Hall & Oates were truly soulful and she believes that with all her heart.

She puts her cold-water laundry in the open washer, watching a more practiced laundromat-dweller steal the one on the other side.

She searches for a second washer. She needs to wash her bedding. The building's heat has been permanently cranked; she sweats in bed every night. She stares at a washer with clothes still inside. You're not in your college dorm in Seattle anymore.

She walks in panicked circles around the room. Two little boys in Spider Man pajamas run past. She gives up, leans against a row of gleaming washers. Two women and a man enter: young twenties, a couple and the girlfriend's roommate situation. They empty three washers.

“I’m not doing this, you do this,” the man says to his girlfriend. He pulls out his phone. The little boys run in energetic circles.

As soon as the girlfriend pulls the last sock from the washer, she slides over to it and drops her laundry basket. She stuffs in her towels and cranks the temperature, willing to sacrifice the quality of the fabric and the environment to insure something of hers is sanitized. She sets the washer and shimmies over to check on the other one. She looks at the temperature and realize she did not set the temperature to cold and that scalding hot water is burning its way through her clothes--everything of hers gets ruined in this city, from her boots stained with the salt that de-ices the sidewalk all winter long to the clothes she threw out in a panicked purge after the bed bugs were discovered.

She collapses on a chair in front of the washer and begins talking to herself like a person in the throes of a nervous breakdown: “You just had to turn the dial to the hot water, you idiot.”

“Shout, shout, let it all. These are the things I could do without. Come on.”

She whimpers into her open palms. The little boys run past her again. It is 8:42.

She knows that she will go home to smoke with her roommate. She will share the one piece of good news from work all day, her author making the shortlist for that prestigious military history award, and the first woman to make the list; something embarrassing her Mom said on the phone that made her laugh out loud while standing on the corner of Houston and Mulberry as the wind slapped her face and she didn't have time to zip up her coat because it was 3:30 and she just now took lunch and she had to pick up her prescription because her skin had those spots again because even her body was averse to living in New York; and she'll tell about that piece of hers getting published in that anthology, a real, live book that will be sent to her in the mail.

After all this, her roommate will explain that now that her assistant has been removed from the classroom, she is left in charge of thirty-three students she knows are being cheated out of a good education as a result of a broken system, and her roommates feels futile. She will hear this and then feel guilt for being upset about things like printers and postage.

Huey Lewis singing, "’Cause it's alright/Whoa, it's alright," but then Cyndi Lauper saying "You with the sad eyes" so she doesn't know what to feel. She opens up her phone’s music library to play "Tiny Dancer," the song she superstitiously thinks brings good luck when it comes on at random. She will force her luck tonight, in case of emergency. Life needs little nudges like that sometimes, like when she counts down the days until she quits. Like imagining the speech goes well, the one she rehearses daily asking her parents for help moving.

She wants something new, the wild unknown country, the last state on the West Coast. What’s wrong with feeling a little restless? Why are we all so scared to ask for what we want?

She piles wet laundry into her basket and transports it into an industrial-size dryer. She settles into a nearby chair so she can keep one eye on the dryer and the other on her phone—today she flirted with a man on LinkedIn, so she’d like to see where that goes. The dryers cycle through their rotations, knowing that their purpose is motion. So much easier when you’ve got it all figured out.

Kait Heacock grew up in the same city as her literary idol, Raymond Carver, and hopes this means something. Her fiction has appeared in Esquire, Joyland, KGB Bar Lit Mag, Portland Review, Tin House, tNY.Press, and Vol. 1 Brooklyn. Her nonfiction has appeared in Bustle, Crab Creek Review, DAME, Largehearthed Boy, Literary Hub, and The Washington Post. Her debut short story collection, Siblings and Other Disappointments, is available now.