Whiskey for my Men, Beer for my Hoopleheads: An Introduction 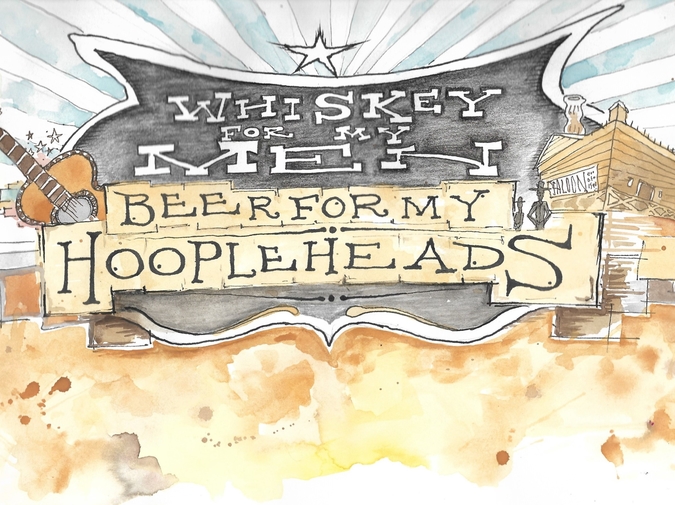 Sometimes you can see parallels in two seemingly disparate cultural narratives… even if it takes you thirteen years.

As I have been fanboy prepping for the Deadwood movie, I re-watched all 3 seasons from the original series.

As I watched it, I felt a complicated nostalgia for the world in which the Deadwood series first existed: the middle of the Bush years. Flip phones and bottled water. Wars in Afghanistan and Iraq. Web 2.0.

Re-immersing myself in 2004-2006 entertainment made me think of a parallel narrative I was obsessed with during those years: pop country music.

The more I reminisced about my original enjoyment of the stories and characters of Deadwood, the more I recalled the similar thrills I felt when following the twists and turns of the careers of the characters that made up pop country music at that time: Toby, Kenny, Gretchen, Martina, Big & Rich...

In late 2018, as I spent each night reliving the glory days of the Deadwood series one episode at a time, I couldn’t shake the notion: Sheriff Seth Bullock (Timothy Olyphant) IS country music brooding leading man-type Gary Allan. The way he carries himself. The facial hair, the unspoken inner turmoil. And if Bullock is Allan, who is Sol Star (John Hawkes), Bullock’s business partner and voice of reason? Is Star a corollary to the Ohio-born, good-natured guitar virtuoso Brad Paisley?

I stood there at the top of my stairs, about to descend down to the room where I have my TV and DVD player. I imagined the previous night’s episode. And rather than imagining Timothy Olyphant in the role of Sheriff Seth Bullock, my brain kept imagining Gary Allan. It kept happening.

I was watching so much CMT that when I would close my eyes at night in bed, drifting off to sleep, I would see Keith Urban’s face. And Martina McBride’s.

In my dreams, I saw the palpable tension and animosity in Brooks and Dunn’s live performances as Ronnie’s vocal highlights soared, filling the massive void left by the aging divas of the 90s, as the multi-talented Kix glared at his odd “pard’ner” from the sidelines while holding a mandolin that looked more like a shrunken guitar he had outgrown. Or was that Al Swearengen’s (Ian McShane) glare across Deadwood’s nameless, muddy, crowded thoroughfare at Cy Tolliver presiding in fancy Chicago garb atop the flourishing Bella Union?

The machismo. The greed. The posturing. The positioning of oneself for that One Big Hit that could change one’s life. The willingness to prostitute oneself. The unwillingness to belong to the corpus, yet the need for the corpus.

The brilliance and golden heart of Doc Cochran (Brad Dourif). Warren Zevon preparing the world for his own death.

Behold my portraits of the faces that populated both my consciousness and subconsciousness in those heady weekdays blasting country radio, and those glowing Sunday nights watching the fight against the inevitable. 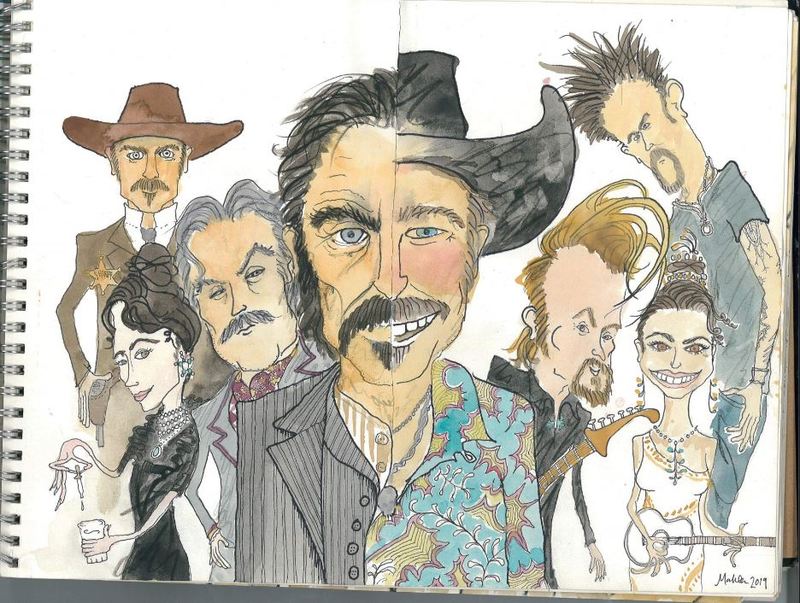