Where Is My Haka? 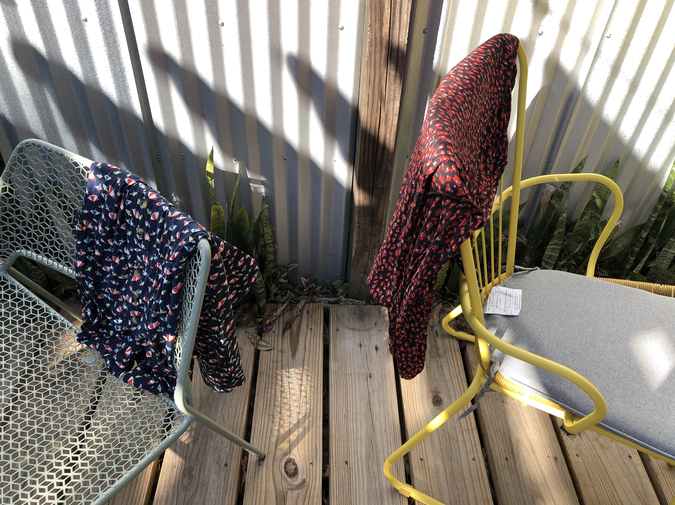 After we finish doing the dinner dishes together, Mario heads into the living room and picks up the remote control.

“Guess what?” he says, turning on the TV. “New Zealand is playing England in rugby today, want to watch?”  He scrolls through the sea of blue bars on the guide screen, slowing to read sports channels.

“Not really,” I say. I’m drying a crystal bowl with a red Williams-Sonoma dish towel. The bowl was a wedding gift, perfect for fruit salad, but not dishwasher-safe.

Mario finds the match and whispers a victorious “Yes!” He sits down in his chair, leaning slightly forward. A beer commercial is ending, and a foamy white head is flowing over the rim of a pilsner glass. I secretly hope the rugby game is almost over. I want to play Jeopardy with Mario and Alexa, like we do every weeknight, but the screen is now two alert commentators, forecasting fine weather for today’s match. It’s just getting started. An aerial shot of the bright green turf shows two opposing teams take the field, wearing different colored jerseys. England wears sparkling white jerseys, and New Zealand wears bold black. The muscular players walk toward each other, facing off when they’re about ten meters apart. The field camera pans the faces of the players on both sides. One of the All-Black’s players is pacing. He puts his hands on his hips and starts to shout in the Māori language. I stop drying the bowl.

That’s right, they’re going to do the haka.

The players bulge out their eyes and breathe heavily through their noses. They start shouting in unison, chanting like Māori warriors:

I watch, hypnotized. I set the crystal bowl on our granite counter. I can’t look away, even when Mario looks back at me.

We first saw the haka when we lived in Johannesburg, South Africa. Rugby is big in commonwealth countries, so gathering with friends to watch televised games was a normal thing. I often brought a book and sat in a quiet corner. I remember the first rugby party when I saw it. We gathered around the TV as New Zealand’s All-Blacks began the game with the traditional Māori haka. The All-Blacks players, looking scary and unafraid, with nostrils flaring, eyes bulging, rhythmically slapped their palms against their thighs, arms and chests, shouted in unison. Magic poured forth from their lips: Ka mate! Ka mate! Ka ora! Ka ora!  It was the song of pain, mixed with courage. The same defiant poetry once lived in their ancestors: Don’t mess with me. I know who I am.

In Māori legends, warriors approached their enemies this way, declaring who they were without fear. They challenged their opponents to see them as sons of the sun, who held life and death in their hands, ready to die, or ready to kill for victory.

The haka has always touched something deep inside of me, exposing my own tattered heart. My family once had ancestral stories, before colonization. Afterward, they were broken, shattered, splintered into a thousand pieces, and scattered into the wind. Before they could be passed on to me, my own indigenous songs were lost. I’ve spent half my life searching for my own cultural identity, seeking out traditions, sifting through grains of sand, to find anything recognizable. I want just one ancient story to pass on to my grandchildren. I want to weave or carve in the ways of my ancestors. Instead, all I have is a pale, homogenized American experience.

The life I’ve been given is a gift from family, but washed by colonization. The United States was the Promised Land for my father’s grandparents, immigrants from Ireland who settled in Boston. U.S. Citizenship was a trophy to be won for my mother’s parents, immigrants from Mexico who settled in Tracy. Taking hold of the American Dream was such a demanding proposition, so fraught with obstacles that our colorful old-world culture and traditions got left behind.

The haka is my reminder that I have no ancient songs to sing.

Mario and I moved to South Africa to join a team that supported existing churches all over the continent. We fulfilled a dream to work in full-time ministry.  We shed most of our possessions, said goodbye to family and friends, and bought one-way plane tickets.

When we arrived in Johannesburg, the sprawling economic capital of South Africa, the team welcomed us, but after a brief honeymoon period, I knew I wasn’t the missionary they were looking for.

Our rental cottage, set in agricultural holdings, surrounded by horse properties in Northern Johannesburg, had lovely green gardens, but was fenced by electric security, topped with razor wire. Servants came into the neighborhood every morning, dropped off by taxis from local squatter camps or townships. This economic disparity was everywhere, which I pointed out, loudly and often. I openly questioned if South Africa had really abolished Apartheid. Mario observed the same things with the scientific fascination of a sociologist. He exuded patience, rather than frustration. He felt encouraged that the nation was progressing, and encouraged by their desire to heal the wounds of the past.

People at our church called me “that white American lady,” even when I reminded them that my name was Janet. I told them I preferred people calling me an Irish-Latina. Few people knew what a Latina was, but they laughed at my calling myself Irish.

Our rigorous schedule of international ministry trips was physically demanding, but nothing compared to the demands of keeping my mouth shut. The All-Male leadership team began to regard me unfavorably, and often told Mario, “Straighten your wife out: she laughs too loud, talks too much, and tries to take over.” Even when he tried to defend me, I felt squashed. The team valued Mario for his stable temperament and logical mind, but had their wives coach me to become graceful, and speak with tact—like a real woman of God.

“It sounds like mostly cultural differences,” my mother said, during a SKYPE call. “Janet, remember you wanted this.”  I cried to her image on the screen, intermittently fuzzy and stuttered.

“Why does this hurt so much?” I asked. There was never an answer.

Eventually, the team took only Mario on ministry trips. Eventually, he reminded them we were a team, a package deal. I would walk our two miniature pinschers round the neighborhood, praying for the red African earth to open up, swallow me whole, and spit me back out as a South African.  If I were South African, I’d be acceptable. The team would realize I was valuable.

After seven years of full-time ministry, Mario and I returned to the USA.

Everyone at home seemed unchanged, as if seven years had been five minutes. Re-entry made me hypersensitive. People would ask, “How was Africa?” like we had been on a two-week vacation. No one wanted an answer that lasted more than five minutes. Their lack of interest or curiosity made me angry.

When I went out with friends, I noticed them wasting food, spending money on dumb things they didn’t need, and obsessing about germs. They all claimed an ethnicity that actually belonged to their grandparents, but I knew they were just like me. If they ever left the country, they would feel just how American they were.

I started drinking, just to tolerate everybody’s bullshit.  I would say “Fuck that shit!” about random things, just to feel the power and freedom in swearing. I laughed out loud often, never once covering my mouth, like a lady. I grew increasingly dissatisfied with everything and everyone, especially myself.  I hadn’t graduated from college. I had never mastered Spanish. I didn’t know the ways of my ancestors. I didn’t know who I was.

On our TV, the haka ends. England’s rugby team advances, accepts the All-Blacks’ challenge, and the game begins. Mario is smiling, and turns to me.

“Remember how they used to say that rugby is a hooligan’s game played by gentlemen?” His smile quickly disappears. “Why are you crying, babe?”

My heart is swollen with grief, sloshing around like an ocean. I’m looking at the television, hoping that Mario will stop talking to me. Maybe he’ll see how cheated I feel, or grieve with me. I want to find the songs of my ancestors, but I’m not sure I’ll ever sing again. I’m exhausted from effort, trying to be someone I’m not.

I start to point to the television, but as I do, my hand knocks the crystal bowl from the counter.  I see it go, and realize it’s too late to stop it, as it tumbles to the tile, explodes, and sends a thousand fatal splinters in every direction.

Janet Rodriguez is an author, teacher, and editor living in Northern California. In the United States, her work has most recently appeared in Pangyrus, Eclectica, The Rumpus, Cloud Women’s Quarterly, American River Review, and Calaveras Station. Winner of the Bazanella Literary Award for Short Fiction and Literary Insight of Work in Translation Award, both from CSUS Sacramento in 2017, Rodriguez has also co-authored two biographies, published in South Africa. She holds an MFA from Antioch University, Los Angeles. Follow her on Twitter @brazenprincess.